Since 1977, a number of vessels have served in the Sea Shepherd fleet to protect marine wildlife in direct-action campaigns around the world. Today, our international fleet includes ten vessels and several smaller boats used in our ocean conservation campaigns.

In 2015, at the annual Goed Geld Gala (Good Money Gala) hosted by the Dutch Postcode Lottery in Amsterdam, Sea Shepherd Global was awarded €8.3 million for a “Dream Project” vessel built to "Stop Illegal Fishing in the Southern Ocean".

It was constructed by Dutch shipbuilder Damen in the port of Antalya, Turkey, and christened Ocean Warrior in September 2016. Its maiden voyage was Operation Nemesis, Sea Shepherd’s 11th Antarctic Whale Defense Campaign, in 2016/2017.

The M/Y Ocean Warrior is Sea Shepherd’s first custom-built ship, and the fastest in the fleet, reaching speeds over 25 knots.

Thanks to a $5 million contribution from the legendary American game show host Bob Barker, in 2009 Sea Shepherd secretly purchased and refitted a former Norwegian whaler in Africa. The ice-strengthened chaser boat quietly departed from Mauritius on December 18th for its first mission against the Japanese whaling fleet, Operation Waltzing Matilda.

The Bob Barker originally operated as a whaling ship until 1962, and later confronted Sea Shepherd during its life as a Norwegian Coast Guard vessel.

The Age of Union, previously known as the Sam Simon, was named after our partners at the Age of Union Alliance, following a very significant pledge of support at the very beginning of 2022.

The vessel first joined the Sea Shepherd fleet under the name Sam Simon, after the Hollywood producer and animal rights advocate who served on Sea Shepherd’s Board of Advisors until his passing in 2015. His generous donation made it possible to purchase the former Japanese vessel in 2012, when it joined its first Antarctic Whale Defense Campaign that December, Operation Zero Tolerance.

The Sam Simon, originally named the Seifu Maru, was a Meteorological Observation Ship for the Japanese whaling fleet.

In 2021, the Sea Eagle was purchased through funding from Allianz SE, Allianz Technology, and Allianz Italy as part of Sea Shepherd’s new two-year partnership with Allianz to address the issue of plastic marine debris polluting the ocean.

The vessel is a former French pilot boat that carries two small boats. Having been built for the Atlantic Ocean, the ship is capable of navigating the roughest seas.

The Farley Mowat is a 34-metre Island Class former U.S. patrol vessel, purchased in 2015 from the United States Coast Guard. It was refitted by Sea Shepherd crew in Key West, Florida and has since served an integral asset for Operation Milagro: our campaign to protect the world's most endangered marine mammal, the vaquita.

The vessel was named after the Canadian writer Farley Mowat, who was a great advocate for the ocean and the International Chair of Sea Shepherd International for more than two decades.

The John Paul Dejoria is the second of two decommissioned Island-class patrol boats bought by Sea Shepherd from the United States Coast Guard in 2015. It is named after the Sea Shepherd supporter John Paul DeJoria: a famous American entrepreneur and philanthropist.

In 2017, the Sharpie joined the Sea Shepherd fleet. The vessel is an identical sister ship to the Farley Mowat and John Paul DeJoria and was donated to Sea Shepherd by medtech entrepreneur Chris Sharp.

The Sharpie has made history as the first ship to obtain registry as a private marine conservation yacht by the Dominica Maritime Registry, reflecting the anti-poaching work the ship undertakes in defending, conserving and protecting the world’s ocean. 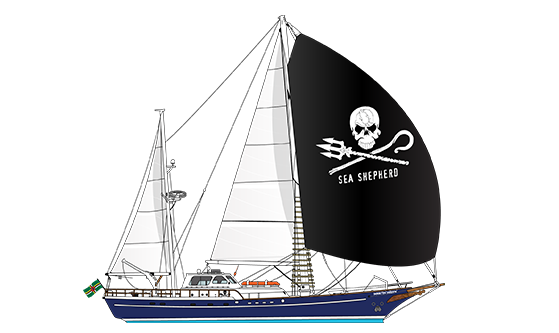 The Martin Sheen is a sailboat owned and used as a research vessel by Sea Shepherd. It was named in honour of the American actor and supporter of Sea Shepherd, Martin Sheen.

The Conrad is a 17-meter catamaran donated by Jane Patterson and Sebastiano Cossia Castiglioni (the latter a member of Sea Shepherd Global and US Board of Advisors and Sea Shepherd Italia’s Council of the Wise) in 2020.

Equipped with a RHIB fast boat, the Conrad has been used on OperatIon Siso: our campaign to protect Italy’s Mediterranean waters from illegal fishing. 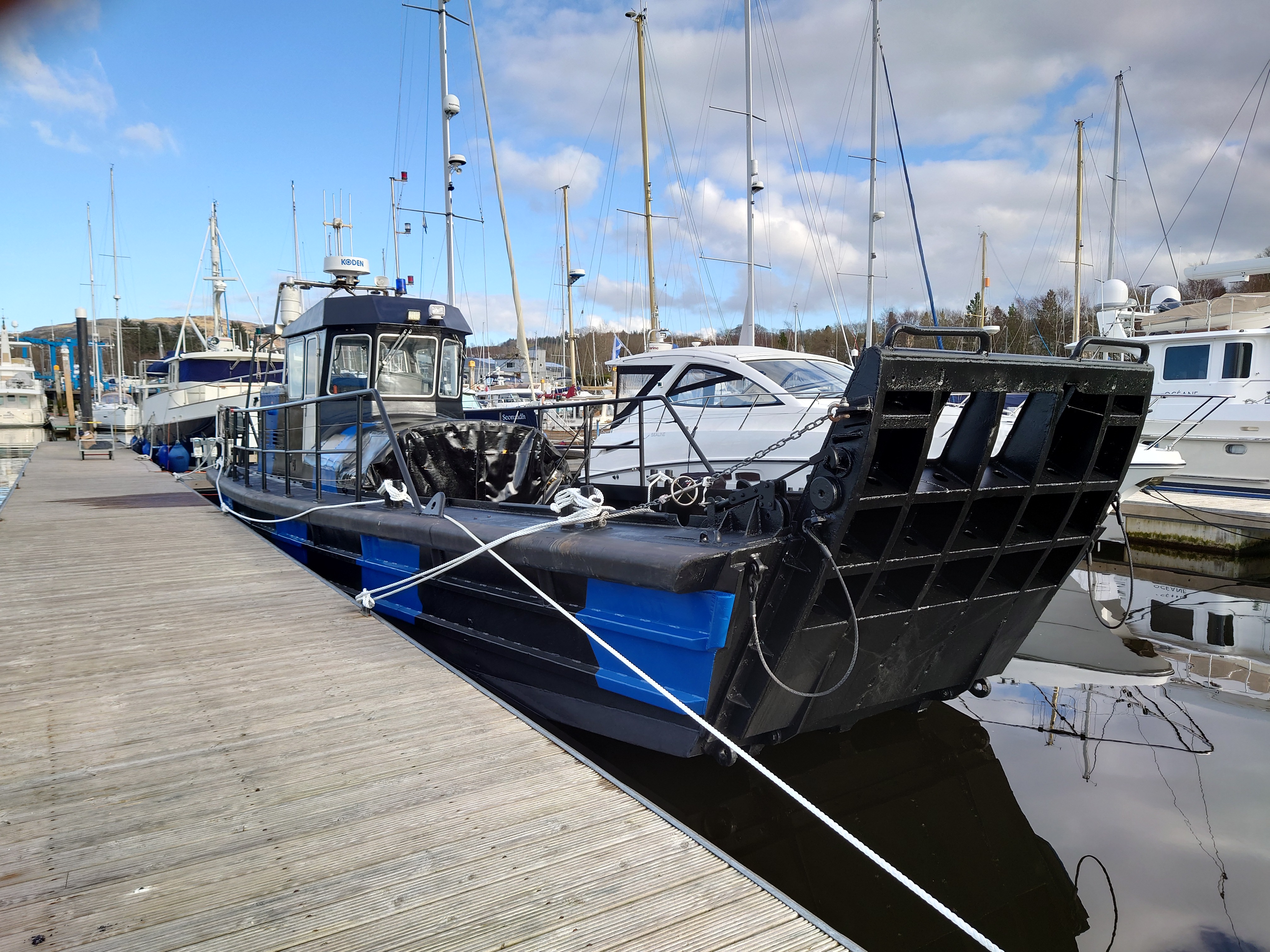 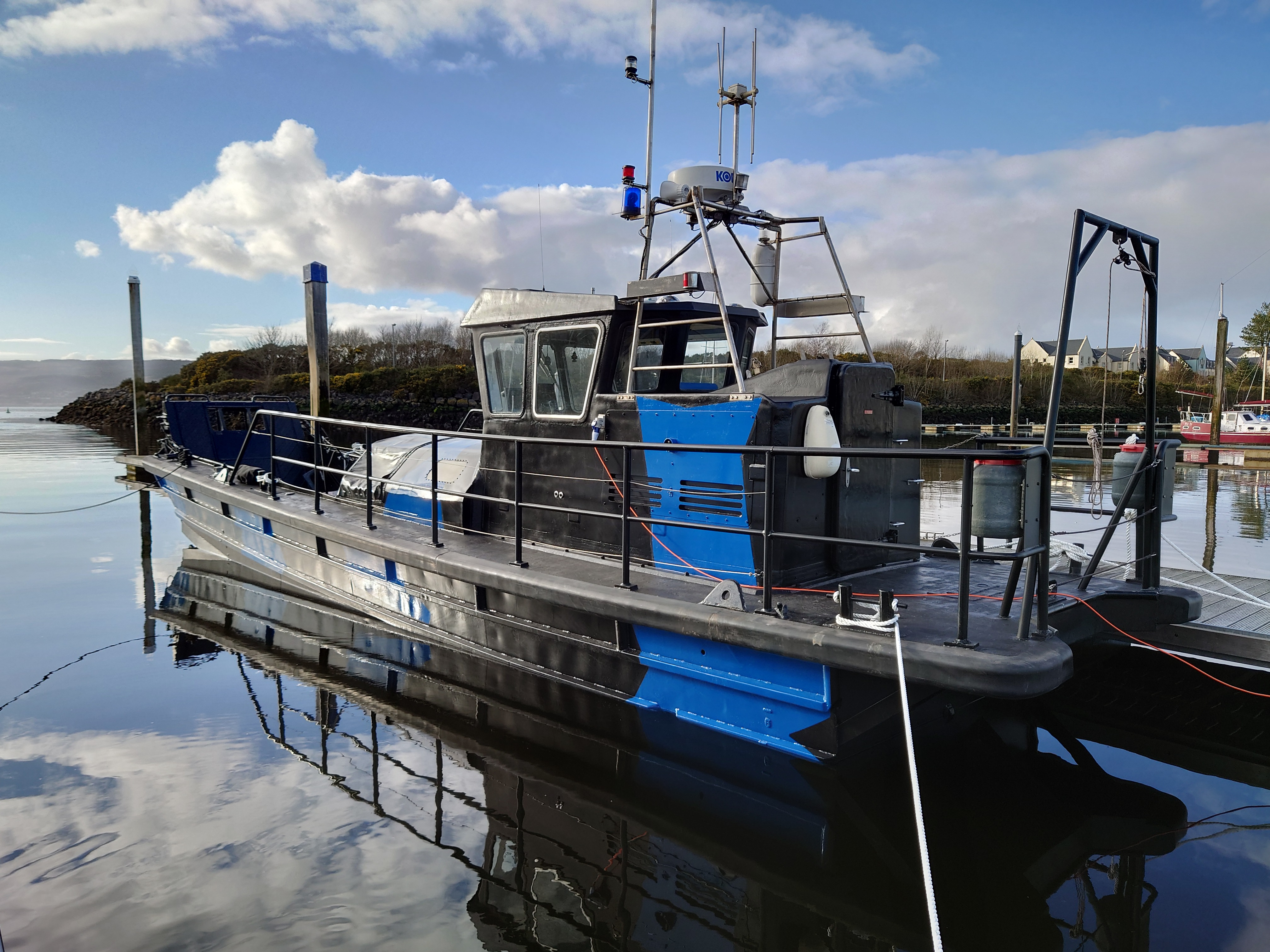 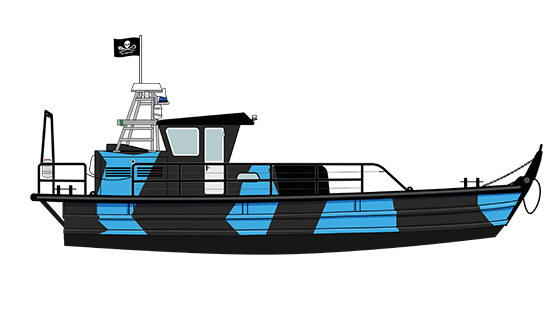 Commissioned by the Ministry of Defence in 1984 and completed in 1985 at the Souter shipyard at Cowes (Isle of Wight, UK), the Landing Craft Vehicle Personnel (LCVP) Mk.4 was designed to operate from the Royal Navy's amphibious warships HMS Fearless and HMS Intrepid. Decommissioned in 2012 then fully re-built in 2016 with further modifications in recent years, LCVP Selkie opens up more possibilities for Sea Shepherd UK's campaigns than traditional boats and RIBs with the ability to land on almost any beach, embark a load of 5500 kg and then retract back to the sea.

The Emanuel Bronner is a small ship owned and operated by Sea Shepherd as a Baltic Sea conservation patrol vessel. Unveiled in 2017, the ship was donated by philanthropist Michael Bronner and named after his grandfather, Emanuel Bronner. The vessel is responsible for helping to protect the endangered harbor porpoise in the Baltic Sea.

Purchased in 2007, Sea Shepherd's former flagship vessel was previously operated by the Scottish Fisheries Protection Agency. It was initially named Robert Hunter after the Canadian co-founder of Greenpeace who died in 2005.

The ship was renamed Steve Irwin in December 2007 in honor of the late Australian conservationist and Sea Shepherd supporter. Retired in 2018, the Steve Irwin has embarked on more ocean defense campaigns than any other current Sea Shepherd vessel.