Sea Shepherd UK is very proud to have Dale Vince OBE as the Honorary Patron of our UK based marine conservation charity. 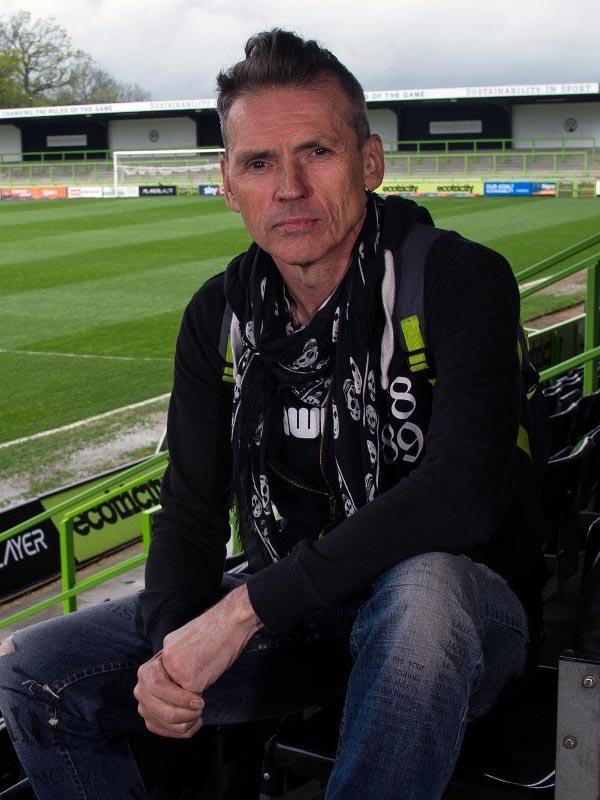 Dale is a true environmentalist and in 1995 founded Ecotricity - the World’s first green energy company.  The company’s founding mission was (and still is) to change the way Energy is made and used in Britain. This has since expanded to tackling the three biggest sources of pollution and unsustainability (Energy, Transport and Food) to create a Green Britain.

As well as building wind and sun parks, developing wave power technology and green gas mills. Ecotricity has built an electric super car ‘The Nemesis’ - and ‘The Electric Highway’ the World’s first national network of electricity pumps, which has helped kick-start the electric vehicle revolution in the UK.

“Sea Shepherd is the most inspirational NGO on the planet,” says Dale. “What they do is truly awesome. They put themselves on the front line, in the cross hairs between the hunters and their would-be victims. Their own brand of non-violent, but very direct action is effective not just in protecting sea life, but in getting these issues to the forefront of public consciousness – right where they need to be.”

Dale was made an OBE (Order of the British Empire) for services to the environment in 2004. He also founded the ‘Green Britain Foundation’ in 2012, a registered charity helping protect and achieve a more sustainable environment.

*Ecotricity and Sea Shepherd UK have been supporting each other in recent years at events across England, Scotland and Wales. Ecotricity also offers UK residents the opportunity to switch to ‘Frack Free’ green gas, and 100% green and vegan electricity. For every switch made via Sea Shepherd, Ecotricity donates up to £60 (£30 electricity and £30 gas) to Sea Shepherd: http://www.ecotricity.co.uk/for-your-home?partner=SEA1

In 2016 Sea Shepherd UK partnered with Forest Green Rovers, the world’s first and only vegan football club – an exciting partnership made possible by Dale who is the club’s Chairman and owner. This began with the introduction of Sea Shepherd’s iconic ‘Jolly Roger’ insignia on FGR’s club kit and now includes Sea Shepherd flags, advertising boards and posters all installed at The New Lawn Stadium in Nailsworth, Gloucestershire.

As Dale says: “Sea Shepherd’s work is truly inspirational, it’s awesome to see their name on the back of our FGR shirts. We hope they gain lots more support through our local, national - and now international - fame achieved, as the club grows from strength to strength. We’re really proud to be in the English Football League and hope Sea Shepherd supporters enjoy sharing our journey as we strive to achieve our dream of being at Championship level”.

Rob Read, Chief Operations Officer at Sea Shepherd UK, said: “The partnership between Forest Green and Sea Shepherd UK is a dream come true. Sea Shepherd has a strong following from environmentalists, vegans and animal activists and so do FGR, so we fit together well and there should be lots of opportunities to cross promote our work. FGR’s new kit will be a real hit with our supporters”. 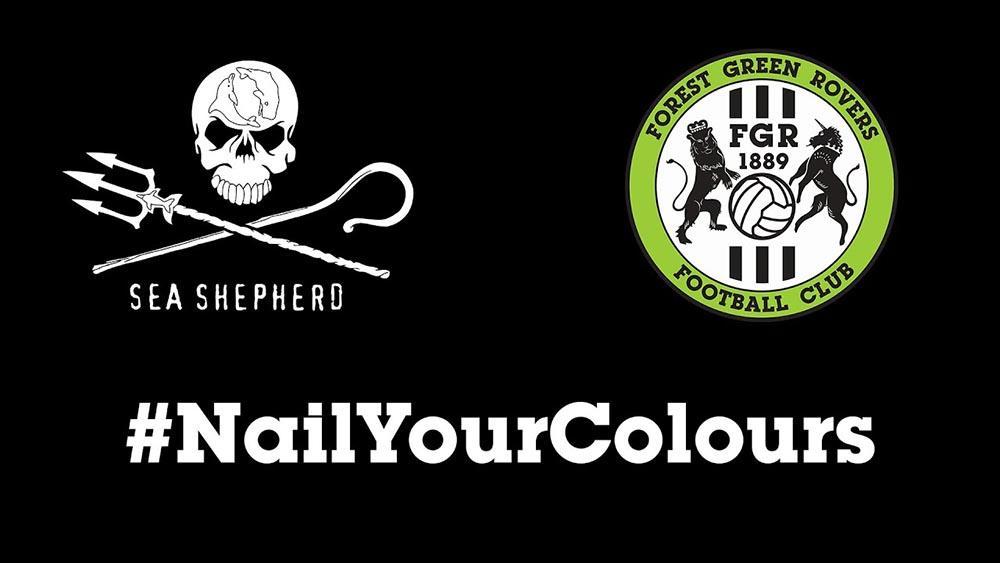