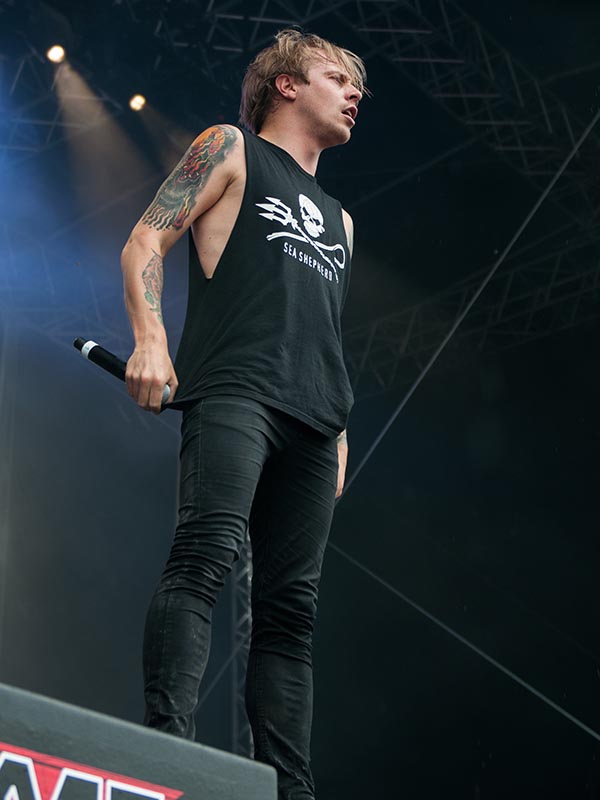 Sam Carter - Architects front man joined Sea Shepherd UK as our first ever Ambassador - a role which Sam takes on with huge enthusiasm during Architects tours around the UK and beyond where Sea Shepherd is invited to every venue and where Sam gives us amazing support. Every Architects fan is left in no doubt that Sam supports Sea Shepherd as a result!

Architects, formed in 2004, are a hugely popular British metalcore band from Brighton in England. Sam and the Architects perform at major venues and concerts across Europe and the world and Sam is renowned for his passionate interaction and speeches to his fans. Architects music has been referred to in ‘Rock Sound’ magazine as being "pumped with both controlled rage and unhindered heart, accessible and ambitious, aggressive and beautiful". Architects music is certainly a favourite with our Sea Shepherd staff and volunteers!

“I first became aware of Sea Shepherd after watching the incredible documentary "Sharkwater" In which Captain Paul Watson features in a campaign to catch illegal Shark Finning poachers! I loved his hands-on approach and did research into Sea Shepherd as soon as I found out that Paul was the founder of the organisation.

Sea Shepherd does not just stand at the side-line… it gets involved with direct action to be there to assist our oceanic friends, the sharks, whales, dolphins, seals, turtles and all threatened sea life. It is Sea Shepherd’s interventionist approach which made me fall in love with the organisation.

We, as humans, have no right to go into these beautiful creatures’ homes and mindlessly murder or capture them. It really is this simple - if the oceans die then we die! 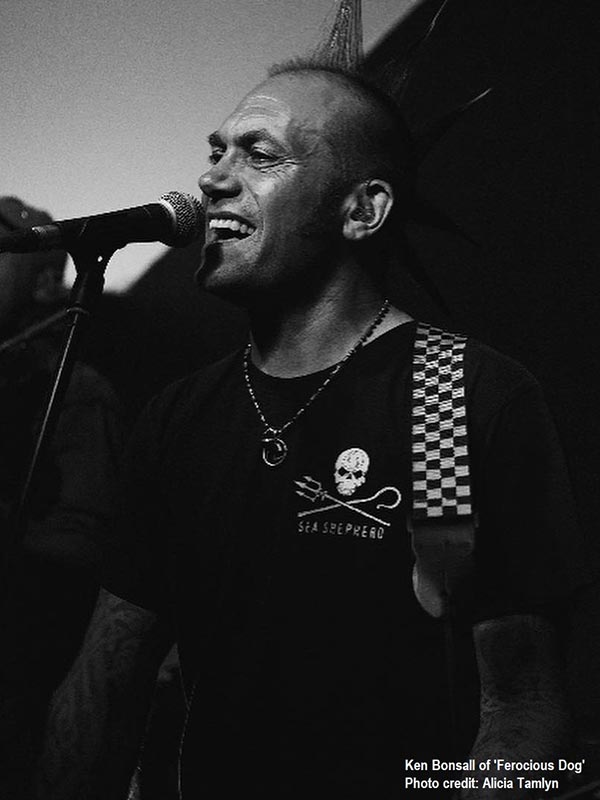 Ken is a former coal miner turned campaigner for veterans, the homeless and passionate speaker on the environment and is against hunting of animals.

Ken and all the band members of Ferocious Dog have allowed Sea Shepherd UK to attend with an outreach stand every one of their UK gigs for several years now and is much loved by our UK volunteers -  not only for his music, but for Ken's passion for so many worthy causes close to our hearts as activists, and his amazing friendship and kindness to everyone he meets. 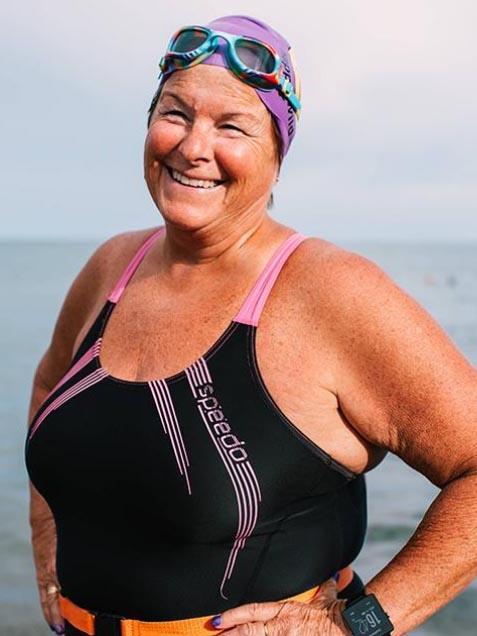 Sally is one of Jersey’s best known swimming coaches, seven-time cross-Channel swimmer and multiple record holder - the sea really is in her heart and soul!

Sally became an Ambassador for Sea Shepherd UK and in particular our Jersey chapter to celebrate World Oceans Day 2019.

“I was taught to swim in the sea in Jersey from the age of 3 - way back in 1960. There were no indoor pools over here until 1969 so all people swimming up until then all swam in the sea...and as far as I know, still swim in our beautiful clean Jersey ocean on a regular basis.

The children and people who have been taught to swim in ‘chlorine boxes’ since indoor pools were introduced over here, do not (in general) enjoy swimming in the ocean - for many reasons including:

For me, who has gained so much love and achievement from our Oceans - I am very committed to restoring and maintaining a clean ocean for us and our future generations.

When I’m in the sea, I feel at one with the world. It’s my spiritual home, and I’m so much happier in the sea than out of it. It’s a wonderful feeling - just being close to the water is enough to give you a sense of real calm and balance in life. You feel connected to the wider world and the things that are really important in life. Even in the winter it’s exhilarating, and the tingle you get after you come out is wonderful. It just does you good”.

Just some of Sally's amazing ocean swimming achievements and awards include:

1992 - Swam the English Channel for the third time (12 hrs 8 mins) – France to England. Swam around Jersey (41 miles) 10hrs 47min Elected Jersey Sports Personality for 1992 for being the only woman to have swum The Channel three times in three different decades.

2005 - Swam the English Channel for the fourth time (13hrs 25min) becoming the only woman in the world to have swum the Channel in four sequential decades.

2006 - Swam the Catalina channel, 21 miles - in California in 9hrs 51 mins becoming only the 2nd British lady to do so (and the 4th Briton). Inducted into the International Marathon Swimming Hall of Fame in the USA for 34 Channel swims in 4 decades.

2016 - First lady in the 50-59yr age group for the Nevis to St Kitts cross channel swim 5km. Awarded the MBE for Services to Swimming. Became the oldest lady to swim around Jersey twice in one weekend! and became the 1st lady to complete a hattrick of Round Island swims. Completed a 2 way English Channel swim and the 3rd longest marathon swim on record. 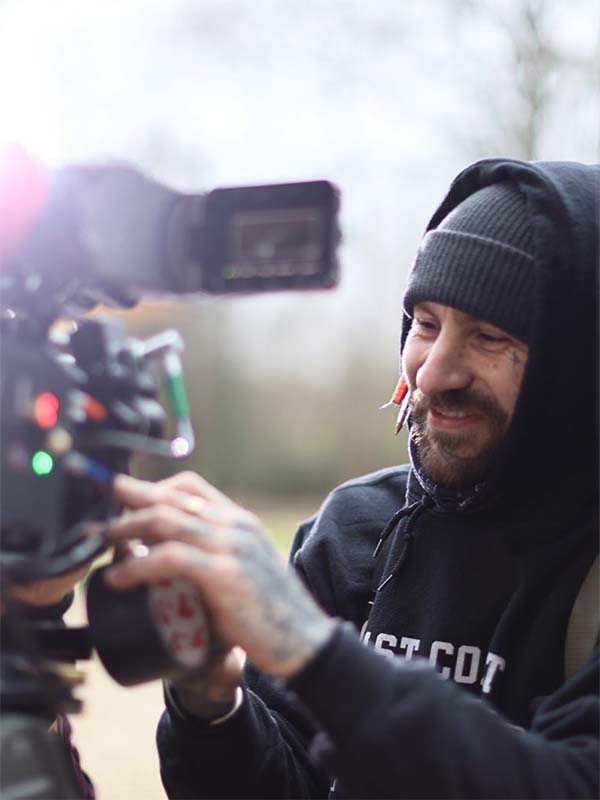 Hi, my name is Jaie, I’m a tattooist and creative director at the Secret Media Group where we, as a fully vegan team, create content.

I first heard about Sea Shepherd when I was younger. My dad used to tell me stories about them and what they were doing, but my path then was totally different - I was on the flip side of what I am now and was none the wiser for it. I was living in the world of complicity and compliance, growing up in a family of meat eaters and thinking it was the norm for people to consume and control animals. Nevertheless, my mum and dad were avid scuba divers and would often bring home crabs and lobsters which I would beg to keep in the bath, rather than cook.

This experience led me down the path of commercial fishing. I trained to become a fish farmer but soon realised that this world wasn’t the glamorous world it is made out to be. It is a world of cruelty unkindness and abuse, which I soon realised didn’t align with my morals. I soon left and a few years later, after buying a boat so I could be close to the water, I met Nathan, a fellow boater, who was vegan. I wasn’t yet vegan or an activist. Nor was I interested in leaving my comfort zone. I was busy trying to please the outside world and build my tattoo career, with no wish to be outspoken - I didn’t want the ‘heat’ because I thought it would affect my precious ego on my Instagram account. But the more I spoke to Nathan and his friends, the more I realised I aligned with their views.

It wasn’t long before I was making excuses to become vegan. In hindsight, I don’t know why I was making excuses - pressure from the outside world effected my ability to be strong and outspoken but the second I built up the courage to go vegan that was it, I realised that my platform could be used to educate and inform people, as well as be a useful work-tool, saving lots of animals lives in the process.  I would regularly attend animal rights marches and create content for animal rights activists globally which is how I met Helen (who works for Sea Shepherd UK). I was brought in to help a coffee company set up a campaign to raise charity funds for Sea Shepherd UK. This was where my relationship started.

Sea Shepherd is an amazing organisation - one that that totally aligns with my morals and rules on life, they’re definitely a charity worth supporting. At Secret Media we have offered all of our expertise and resources to help them reach more people, raise more funds and do more brilliant stuff. Being asked to be an ambassador is one of my lifetime goals and I am truly honoured to be a part of such an incredible group of kind humans that are all moving towards the same end goal.

Thank you to SSUK for inviting me to be part of this movement. You are all so valued and loved by me, your supporters and by the voiceless ocean inhabitants that you protect every second, minute, hour, day, week, month, year and lifetime. I will do my utmost to help connect more people with the work of Sea Shepherd, raise funds for you and increase your ability to do more. 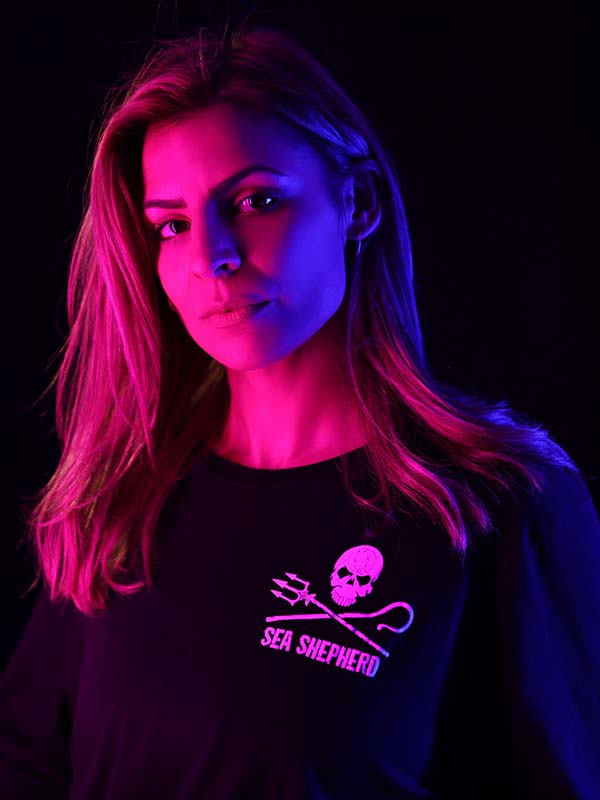 Hi, I’m Mala, a vegan athlete and performer from London. I grew up training as a dancer, who ended up joining the British military, serving as a medic and athlete. I’m currently juggling two careers, working as a performer within tv/film and training to pursue my professional license in boxing.

I’ve now dedicated my life to being a vegan. I stopped eating meat immediately after watching the documentary “Cowspiracy”, after having the shocking realisation that I was contributing to the unethical treatment of animals. As someone who cares and loves animals deeply, I felt extremely guilty at the fact I was only coming to this realisation, so late as an adult, so instantly made changes in my life.

I would now classify myself as animal activist as I strongly feel it’s my responsibility as an individual to be a voice for the animals. I like to share my knowledge and other activist’s content so people can make more informed decisions about what they eat, wear and the brands they buy from. Animals are not our property and it’s simply not okay to exploit them. This is a message I will continue to promote. I believe my involvement in sport and as a performer gives me a unique platform to do that, as I’m proof you can live a good, healthy life without contributing to the unethical treatment of animals.

I’m honoured to be a part of the “Sea Shepherd crew”. It’s an organisation I became more familiar with when working as a diver - and one I hope to promote more through the platform of sport.

To be part of a charity that does so much to protect our marine wildlife and oceans is truly awesome - I look forward to working on various projects with this amazing group of people!

Thank you, Sea Shepherd UK, for choosing me to represent you as a sports woman, you guys truly are the angels of the sea! 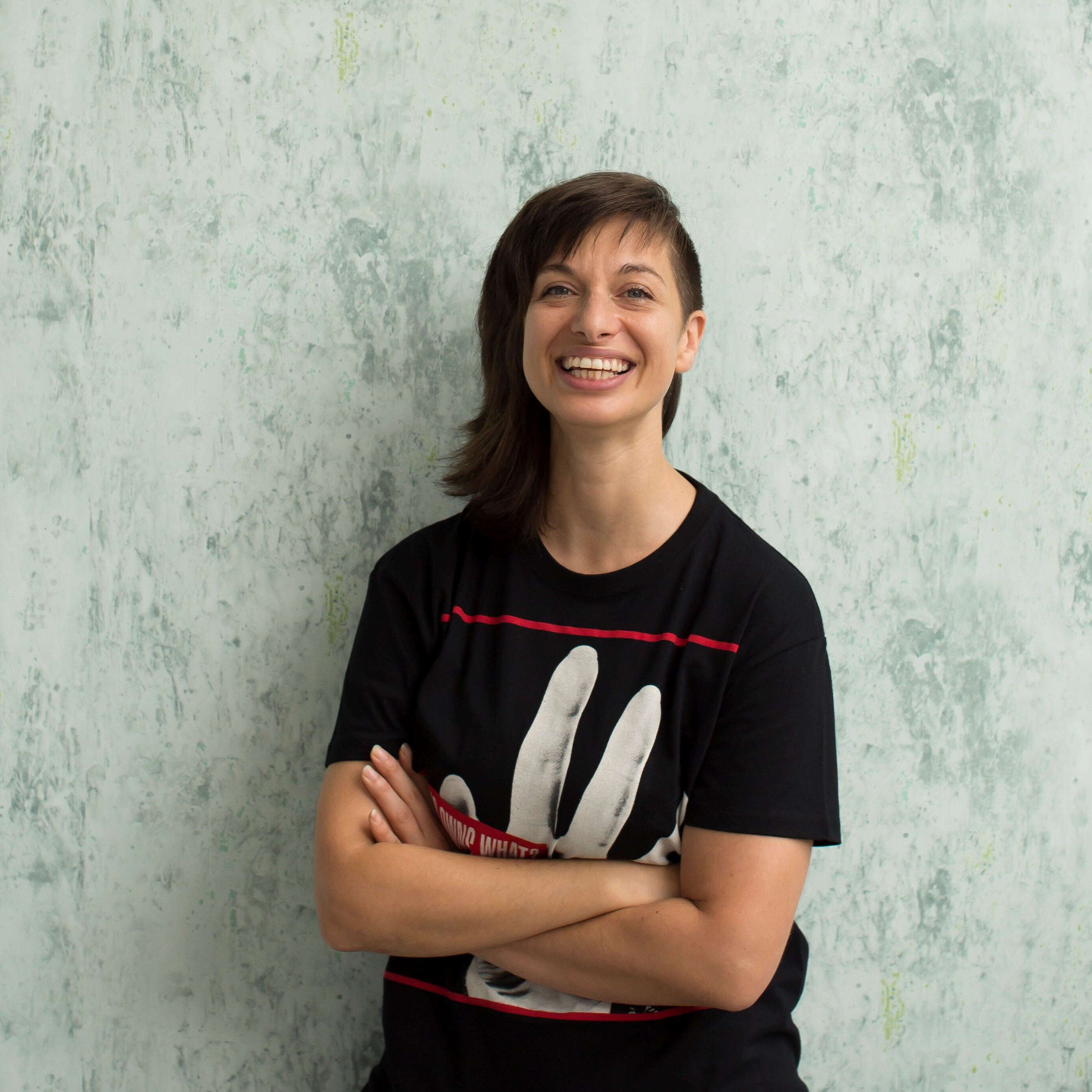 I grew up by the sea and have a deep affinity with water.

When I watch the devastation wrought on our oceans - an ecosystem that we rely on more than we realise and the wanton and cruel destruction of marine life in places like the Faroe Islands, for tradition or sport - sometimes, direct action is necessary and that is what Sea Shepherd do alongside advocacy and education.

I am proud to be a Sea Shepherd Ambassador, to use my skills and network to amplify their work. For the Oceans. - Esther O'Callaghan