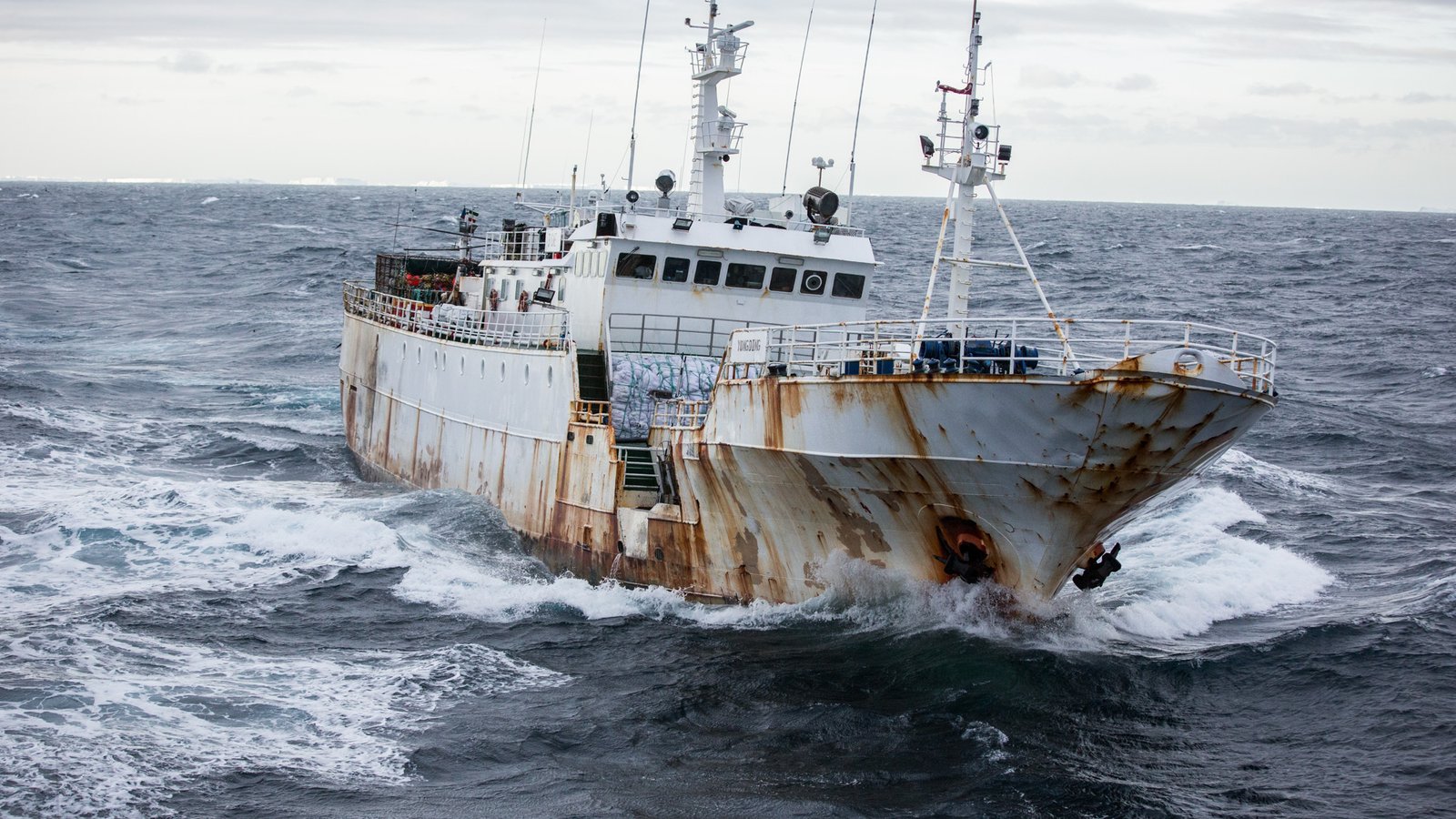 Back in May 2015, Sea Shepherd tipped off police in the West African Republic of Cabo Verde about the presence of two black-listed illegal fishing vessels sought by Interpol hiding out in their port (read the article here). The Cabo Verde Judicial Police detained the vessels and international efforts continue to keep them grounded ever since. 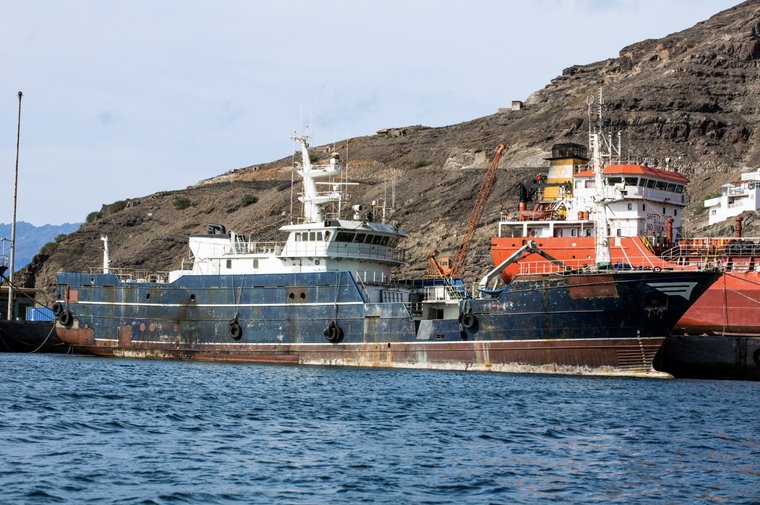 Crew of the Sam Simon hauled 72 kilometres of illegal gillnet abandoned by the Thunder in Antarctic waters. Photo: Giacomo Giorgi

The two vessels, formerly known as Yongding and Songhua, are historically-linked to the infamous Vidal Armadores toothfish poaching syndicate and have made numerous attempts to change their names and registries in ill-fated bids to escape detention in the port of Mindelo.

Recent investigations by crew on board the Sea Shepherd vessel Sam Simon show that the toothfish poachers’ latest bid to undermine law enforcement authorities by renaming the Songhua to Pesca Cisne 2, and attempting to flag it to Chile, has failed. The vessel formerly known as Songhua remains detained in Mindelo, with the name Pesca Cisne 2 now painted over in drab colors and with no new markings to replace it. Sea Shepherd is concerned that the previous owner, Vidal Armadores, may have sold the vessel to another toothfish poaching kingpin, Florindo Gonzalez, the man who owned the Thunder, a toothfish poacher that sank after 110 days of pursuit by Sea Shepherd ships (see article here).

The Yongding, now named Atlantic Wind, also remains detained after failing in its attempt to gain a new flag from Tanzania. Since detention, the two vessels have cycled through the flags of Sierra Leone, Tanzania – and attempted to flag to Chile – all without luck.

“The continued detention of the vessels best known as Yongding and Songhua are the result of continued vigilance by Sea Shepherd, Oceana, Interpol’s Project Scale, law enforcement authorities in Cabo Verde and other international organizations and agencies, ensuring that attempts by the poachers to have the ships simply transfer hands under new names – or to hop flags – is met with immediate response. The success of Operation Icefish, which started with the sinking of the notorious Thunder, continues as these two vessels have now been stuck in port for three-and-a-half years”, said Peter Hammarstedt, Director of Campaigns for Sea Shepherd Global. 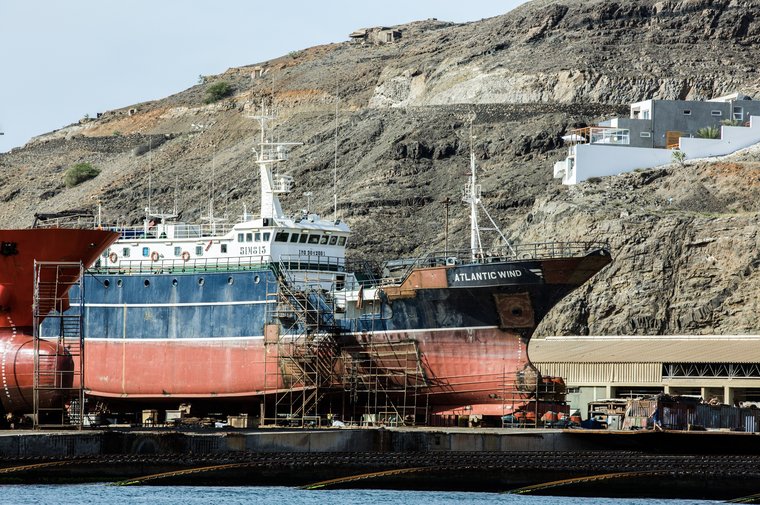 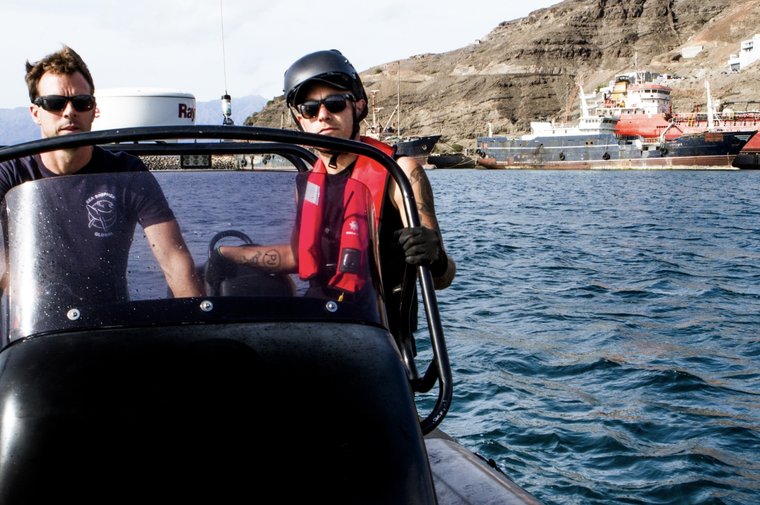 The crew of the Sam Simon confirm the poaching vessels are still in the Port of Mindelo. Photos by Emanuela Giurano/Sea Shepherd.