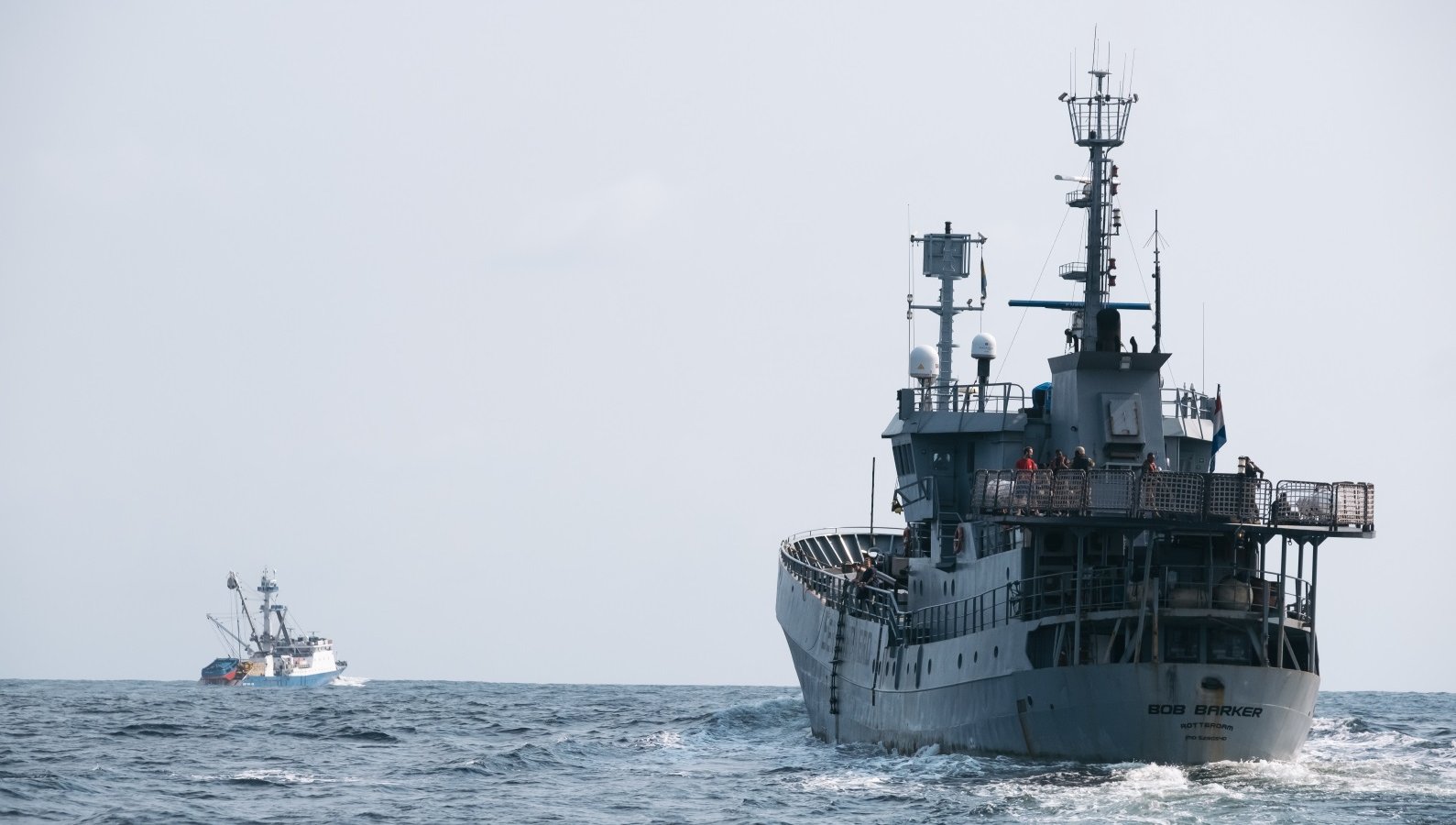 A year after Gabon’s President Ali Bongo Ondimba declared the creation of nine new national marine parks and 11 new aquatic reserves at the United Nations Ocean Conference in New York, Sea Shepherd has returned to Gabon to assist the government in combatting illegal fishing in what is now Africa’s largest network of marine protected areas.

News of the campaign has been officially released after the arrest of two trawlers, the F/V Jin Li 961 and F/V Jin Li 962, fishing illegally in the northern waters of Gabon. The trawlers were detected by the radar of the M/Y Bob Barker as they crossed the border from neighboring Equatorial Guinea to fish in marine reserves protected under Gabonese law. Armed Gabonese navy sailors boarded and secured the two trawlers without injury or incident as enforcement officers from the ANPA and ANPN inspected the vessels, where they discovered a finned tiger shark in the hold of one vessel and evidence of fishing in the Cap Esterias Aquatic Reserve. Both vessels are now detained in the Port of Libreville.

Another vessel, the F/V Hua Yi 5, was arrested earlier near the Congolese border in the Grand Sud du Gabon Aquatic Reserve for fishing in Gabonese waters without a license. 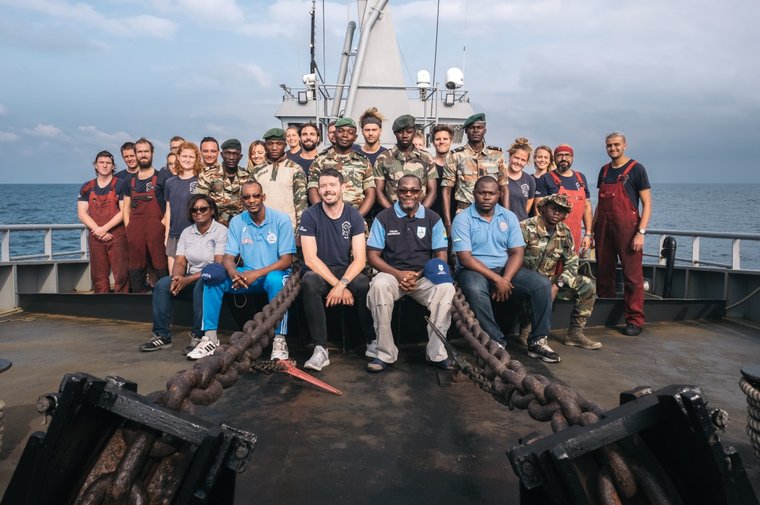 The crew on board the M/Y Bob Barker for Operation Albacore 3. Photo by Tony Fenn James/Sea Shepherd.

The Fight Against IUU Fishing

It’s estimated that between 11 and 26 million tons of fish are caught globally through IUU fishing every year.  Developing countries are particularly vulnerable to IUU fishing: up to 40% of the fish caught in West and Central West African waters are caught by criminal operators.

Captain of the M/Y Bob Barker, Sea Shepherd’s Peter Hammarstedt, said, “With new conservation laws and measures comes a need for increased law enforcement, which is why Sea Shepherd is committed to continuing our proud partnership with the government of Gabon to help defend and protect Africa’s largest marine protected area. Gabon is a regional leader in conservation management and it’s a privilege to partner with Gabonese law enforcers on the frontlines of the battle to defend African marine wildlife.”

In 2016 Sea Shepherd partnered with the government of Gabon for the first Operation Albacore, and since then the collaboration has resulted in over 80 fishing vessel inspections at sea and the subsequent arrest of nine illegal fishing vessels.