A Guinean-flagged fishing trawler detained and under investigation by Liberian law enforcement authorities was arrested by the Liberian Coast Guard, with assistance from Sea Shepherd, as it attempted to evade justice by fleeing detention on March 15th, 2018. 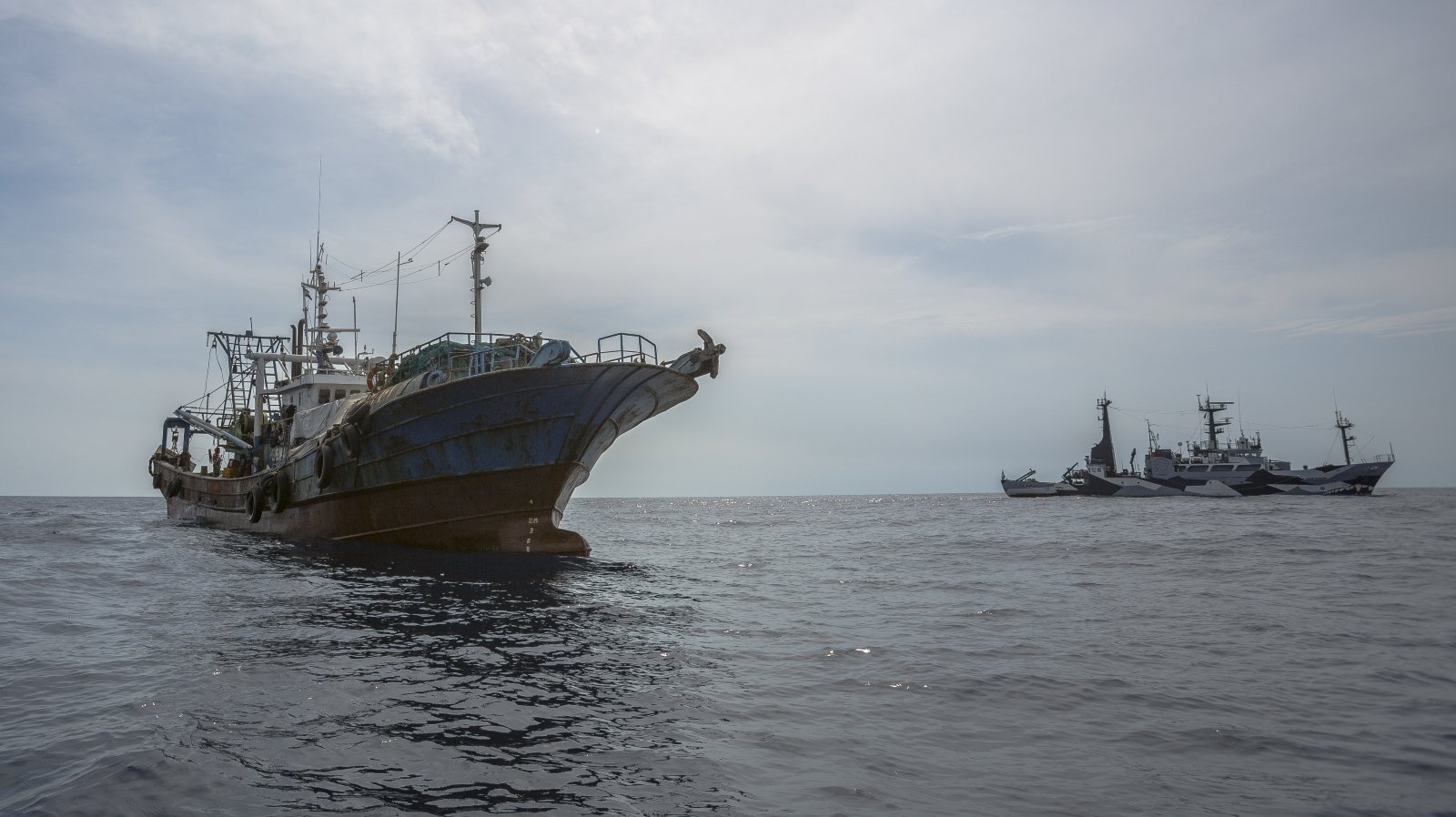 Taking advantage of a national holiday in Liberia, the F/V Benty 1 endeavored to slip away under the radar of authorities and make a break for international waters. A Liberian Coast Guard Boarding team on board the M/Y Sam Simon intercepted the F/V Benty 1 just 7 nautical miles from the border between Liberia and neighboring Sierra Leone. Investigators discovered the F/V Benty 1 to be in poor condition, with water entering through the shaft propeller requiring bilges to be pumped out once an hour. On boarding, the F/V Benty 1 feigned mechanical failure and was thus towed back to the Port of Monrovia where it was remanded in custody.