#Defend500: The Baltic Harbor Porpoises Need You to Take Action 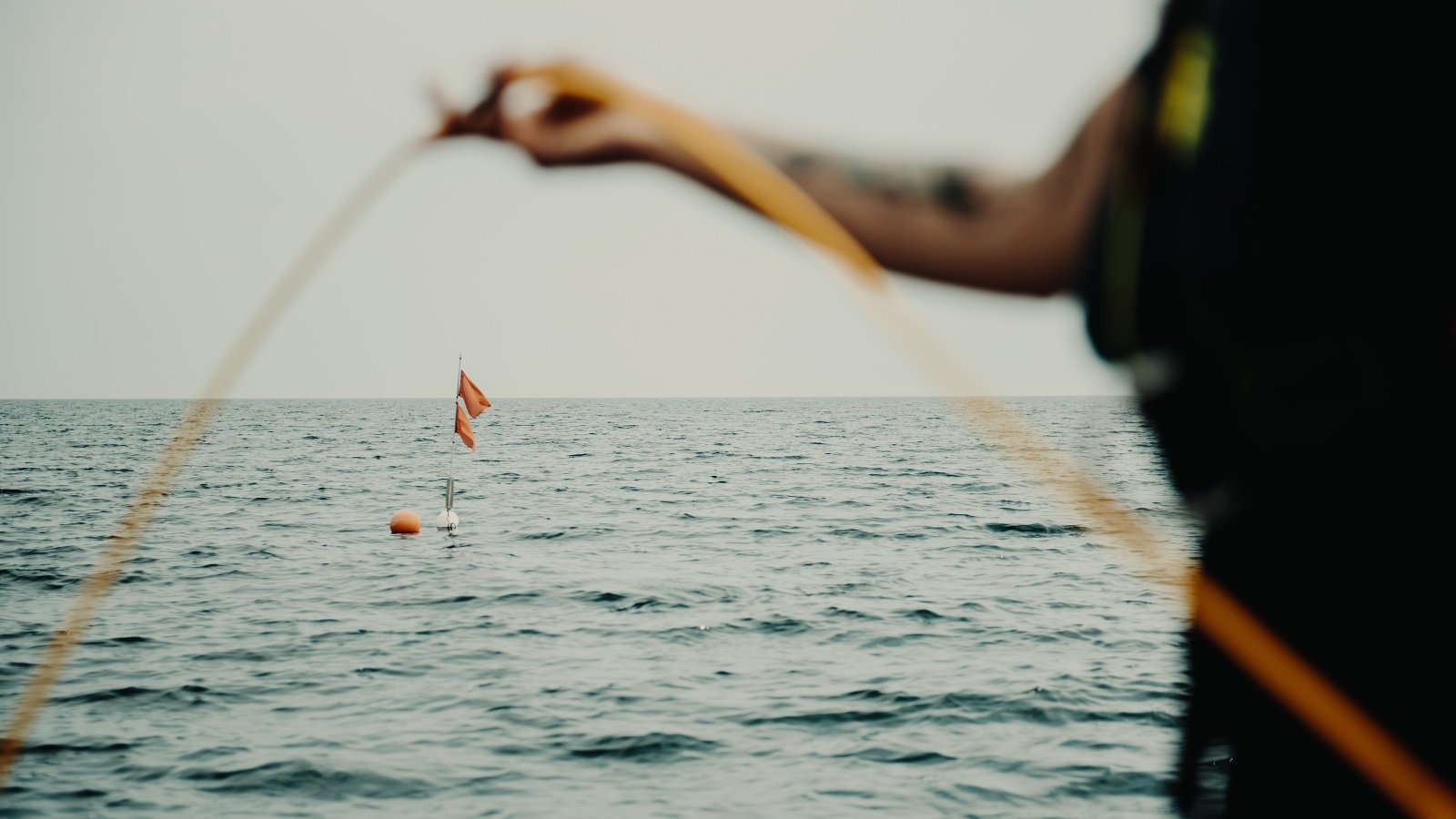 In the 2018 Perkunas campaign Sea Shepherd Germany has patrolled several protected areas in the Baltic Sea between April and June. The crew of the MV Emanuel Bronner monitored fishing gear with an ROV, a remotely operated underwater vehicle, to expose the major threat for the critically endangered harbor porpoises: being caught and drowned accidentally in gillnets (also known as “bycatch”).

Although not discovered in the Sea Shepherd monitoring, in 2018 we confirmed at least two Baltic harbor porpoises have been killed as bycatch. Ten porpoises were found dead during a short period in June on the Polish coast alone, some showing attempts to cover up that they were killed in gillnets, such as a cut open body. With only 500 animals left, the Baltic harbor porpoise population doesn’t have much time left. For decades scientists have agreed that gillnets pose the major threat to the porpoises in the Baltic Sea due to the high risk of being killed as bycatch. Still, this fishing gear is permitted even in Marine Protected Areas. 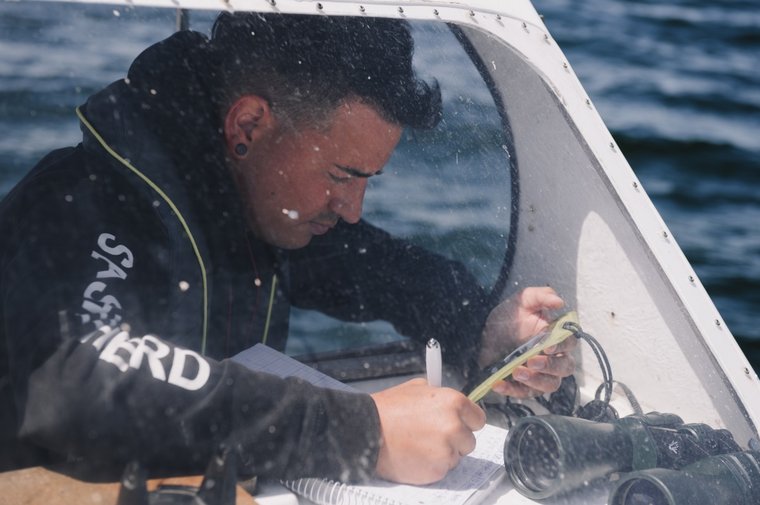 The crew documented every gillnet they monitored. Photo by Sea Shepherd.

In 1992 the European Union established conservation laws, the so-called Habitats Directive, to create a network of protected areas in European waters (Natura 2000 network). Due to the nature of an EU Directive, the protection measures in these areas should have been implemented by the member state it concerns – which never happened. Several states had to pay fees for not following the directive and the EU blamed the member states for the insufficient conservation laws.

In June 2018 everything changed due to a judgment of the EU court (Case C-683/16). Several German nature and environmental protection associations tried to achieve a fishing ban in German Marine Protected Areas, but the demand was denied. Since a ban would also affect the fishermen of other EU states, it would, if anything, be a matter for the European Union. After years of trying to achieve a fishing ban at state level to implement EU conservation law, the EU now claims that the ban is not compliant with other EU laws.

Once again, the interest in profit is higher than the interest in environmental protection. But there are no winners in this situation: the gillnet fishing industry is in serious decline in the last decades. It simply is not bringing enough profit anymore, due to the human-caused decrease of biodiversity in the Baltic Sea. The question to ask now is what will go extinct sooner – the Baltic harbor porpoises or the gillnet fishing industry? If this game of shifting responsibilities to other institutions continues for the next 10 years, the losers will again be the porpoises.

In the Sea of Cortez, Mexico, a similar situation already happened. The Vaquita, a relative of the Baltic harbor porpoises, was declared critically endangered in 1996 with around 600 individuals left. Scientists agreed back then that the only solution is to totally eliminate gillnet fishing within the Vaquita habitat. Nothing but talking happened until 2015 when temporary gillnet fishing bans were implemented. In June 2017 a permanent ban of gillnets was issued, but by 2018 the population number dropped under 30 individuals, making it the most endangered marine mammal on the planet. 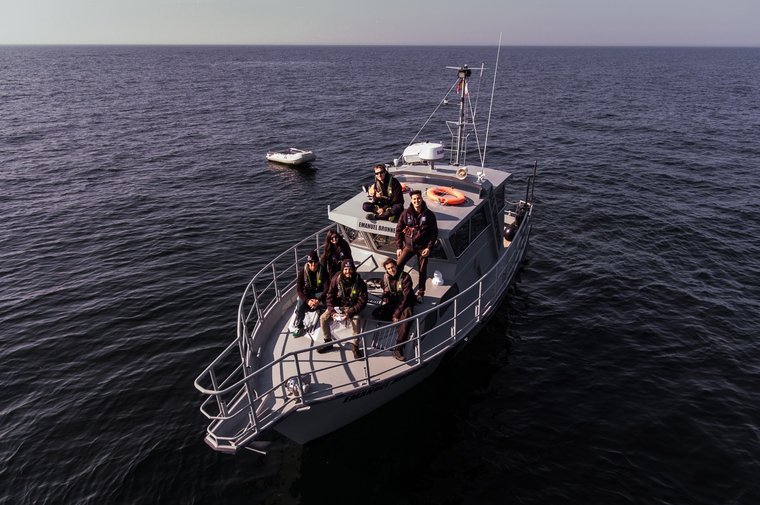 In only 22 years the Vaquita population declined by 95% since policymakers wasted time on talking and not acting. The Baltic harbor porpoises were declared critically endangered in 2008, 10 years ago. EU policymakers need to take their responsibilities now and ban gillnets and other destructive fishing methods from Natura 2000 areas, designated for the protection of two populations of harbor porpoises in the Baltic Sea: the vulnerable Belt Sea population located in the western part, and the critically endangered Baltic population located in the eastern part. There can be no exemptions and no temporary solutions. “Porpoise Alert” devices, or PALs, that should warn porpoises from gillnets just lead to the exclusion of the porpoises from their habitat. This cannot be a permanent solution and therefore no time nor money should be wasted on that approach. We should not make the same mistakes as the Mexican government by waiting too long before implementing the only effective solution which is the total ban of gillnets.

Signing petitions will not lead anywhere, it will just waste more time that these animals don’t have – for them every minute passing without action is a step closer to extinction. The citizens of the EU member states elected their policymakers; it is time for them now to act on our behalf. As a conclusion of the Perkunas campaign 2018, we need you to take action. Write EU policymakers to demand the ban of gillnets and other destructive fishing gear from the Natura 2000 areas, designated for the protection of the harbor porpoises in the Baltic Sea. Let them feel that we are many, let them feel that we care. Show them we actually want to preserve the heritage of the EU, the only native cetaceans of the Baltic Sea, as they once wrote in their conservation laws.

Among the objectives of the department are the protection of the maritime environment while maintaining Europe's competitiveness and the implementation of the new common fisheries policy including the technical measures of how, where and when fishermen may fish.

Among the objectives of the department is the legal impetus for the EU to protect and clean up its coasts, seas and oceans as part of an integrated strategy that will enable sustainable use and the coordination of the largest network of protected areas in the world, known as Natura 2000.