The owner and captain of the Malaysian-flagged fishing vessel (F/V) Buah Naga 1 that was boarded and arrested by Tanzanian law enforcement agents as part of Operation Jodari have pleaded guilty to the charge of Unlawful Possession of Shark Fins in a plea agreement with Tanzanian prosecutors. 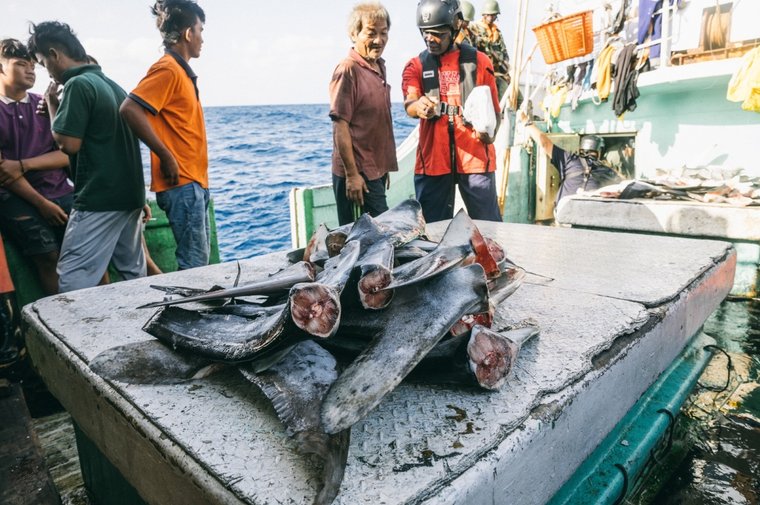 On December 4th the defendants reached a plea agreement with the Tanzanian Director of Public Prosecutions to avoid trial, pleading guilty to one of the five charges: Unlawful Possession of Shark Fins.

The High Court of Tanzania sentenced the three defendants to twenty years imprisonment or a fine of one billion Tanzanian Shillings ($435,000 USD). All three have been remanded to Lilungu Prison in Mtwara to begin serving their custodial sentences. If the fine is paid then the sentence will be suspended.

The High Court has handed over the seized shark fins to the Tanzanian Deep Sea Fishing Authority for destruction. The F/V Bua Naga 1 remains in in Mtwara.

When the F/V Buah Naga 1 was first boarded on January 25th by Tanzanian law enforcement agents working on board the Sea Shepherd vessel M/Y Ocean Warrior, inspectors discovered that the vessel was carrying an illegal cargo of shark fins. An unlicensed firearm, a 9mm Beretta pistol, was found in the captain’s cabin. According to the Indonesian fishers working on board, the firearm was regularly used to threaten them to work. If no fish was caught, then the Indonesian crew would not be fed.

“Sea Shepherd applauds the Tanzanian government for the successful prosecution of the F/V Buah Naga 1 and for the strong message of deterrence that the Tanzanian High Court has sent to shark fin poachers everywhere. As shark populations plummet globally, Tanzania is rising as an international leader in the fight against illegal fishing." --Peter Hammarstedt, Director of Campaigns for Sea Shepherd Global

Operation Jodari is a joint partnership between Sea Shepherd, Fish-i Africa and the government of Tanzania to combat illegal, unreported and unregulated (IUU) fishing. 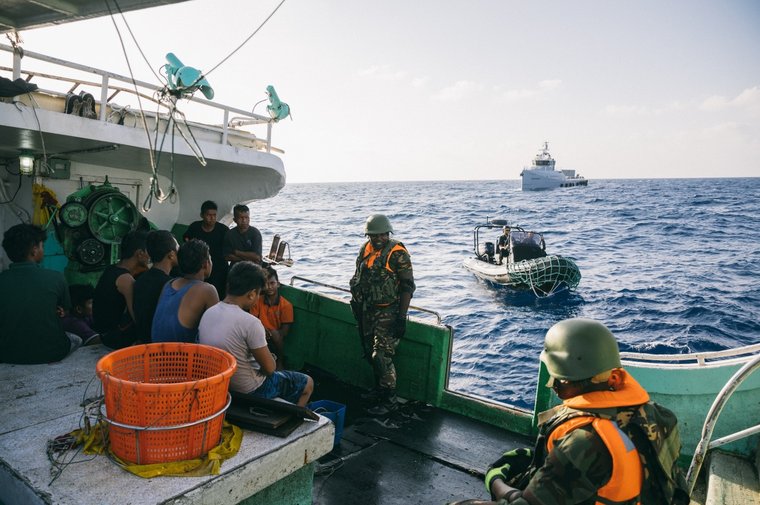