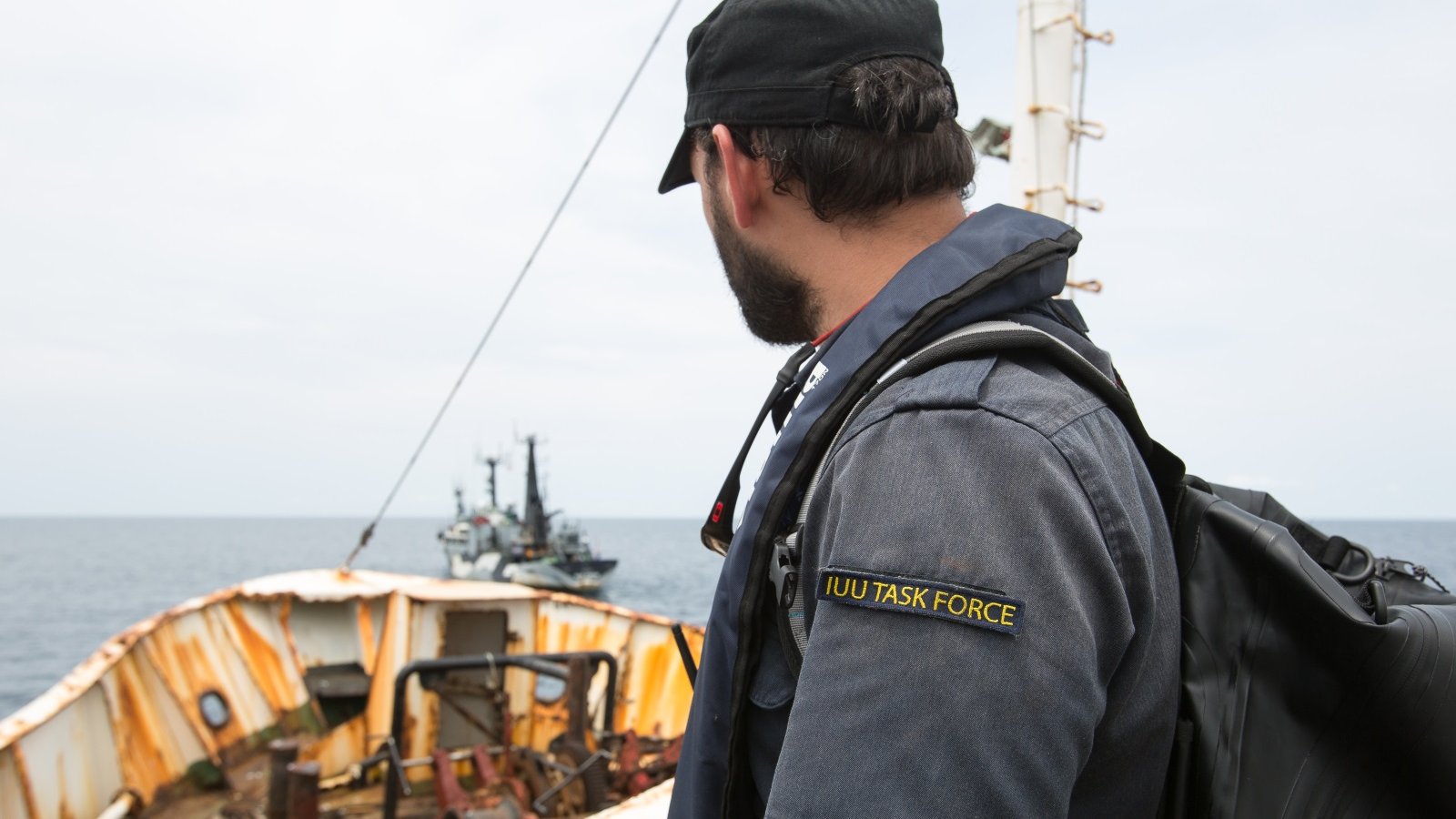 After a total of twelve months of patrols and twelve arrests, Sea Shepherd Global’s second joint operation with the Liberian Ministry of National Defense to tackle illegal, unreported and unregulated (IUU) fishing in the Republic of Liberia, West Africa, has resulted in a dramatic drop in incidents of illegal fishing and the return of fish populations in formerly over-exploited coastal waters.

Before Operation Sola Stella commenced in early 2017, the artisanal fishing community of Harper, a Liberian town on the border with Cote d’Ivoire, reported almost daily incursions by foreign industrial trawlers fishing illegally. After the arrest of five IUU fishing vessels, including a Nigerian-flagged, Dutch-owned shrimp trawler certified to export ‘sustainably-caught’ shrimp to the United States, the incursions ceased. Artisanal fishermen in Harper and Robertsport, on the border between Liberia and Sierra Leone, are reporting that fish are returning to areas that have historically been decimated.

Continuing the success of the first campaign conducted February through May 2017, Operation Sola Stella II returned for eight additional months of at-sea patrols from September 2017 until May 25th 2018, with alternating Sea Shepherd vessels M/Y Bob Barker and M/Y Sam Simon, resulting in the longest patrol period to date.

During these patrols, seven more arrests were made by the Liberian Coast Guard with assistance from Sea Shepherd, including two internationally black-listed IUU fishing vessels– the F/V Labiko 2 and the F/V Hai Lung.

When the F/V Labiko 2 was boarded and inspected in Liberian waters on November 15th, 2017, it was discovered that the vessel, under its former name F/V Maine, was listed on three different Regional Fisheries Management Organization (RFMO) IUU blacklists for international fisheries offenses. At the time of boarding, the notorious poacher was deploying prohibited gillnets to feed a secret shark liver oil production facility housed on board the vessel. Documents seized on board prove that the vessel was killing more than 66,000 deep sea sharks on every fishing expedition, resulting in more than 500,000 dead sharks per year. The F/V Labiko 2 was subsequently arrested and its detention has saved the lives of more than 250,000 sharks.

The F/V Hai Lung, an infamous toothfish poacher better known by its previous name F/V Yele, was arrested on March 13th, 2018, after the captain presented the Liberian Coast Guard with forged documentation claiming the vessel to be flagged to the Republic of Indonesia. The Indonesian Ministry of Maritime Affairs and Fisheries had no record of the vessel in their databases thus the forged Certificate of Nationality made the F/V Hai Lung a vessel ‘without nationality’, subject to seizure anywhere, including on the High Seas. It was later discovered that the F/V Hai Lung had escaped detention in Nigeria and was a fugitive vessel.

Another five vessels were arrested for a long list of violations including fishing without a license, wildlife smuggling and tax and customs evasion.

Launched in February 2017, Operation Sola Stella is the second campaign in a joint operation between Sea Shepherd and the Liberian government to combat IUU fishing. Sea Shepherd provides the use of a civilian offshore patrol vessel operating in Liberian waters under the direction of the Liberian Ministry of National Defense. Developing countries are particularly vulnerable to IUU fishing, which accounts for up to 40% of the fish caught in West African waters.

Operation Sola Stella is a continuation of Sea Shepherd Global’s commitment to work actively with national governments and their Law Enforcement Agencies in the fight against IUU fishing. In 2016 and 2017 Sea Shepherd worked in partnership with the government of Gabon for Operation Albacore, resulting in over 80 fishing vessel inspections at sea and the subsequent arrest of six vessels. In 2018 Sea Shepherd began Operation Jodari with patrols against IUU fishing in the waters of Tanzania in partnership with the Tanzanian Deep Sea Fishing Authority, Tanzanian Navy, Tanzanian Drug Enforcement Agency, the Multi-Agency Task Team (MATT) and Fish-i Africa.