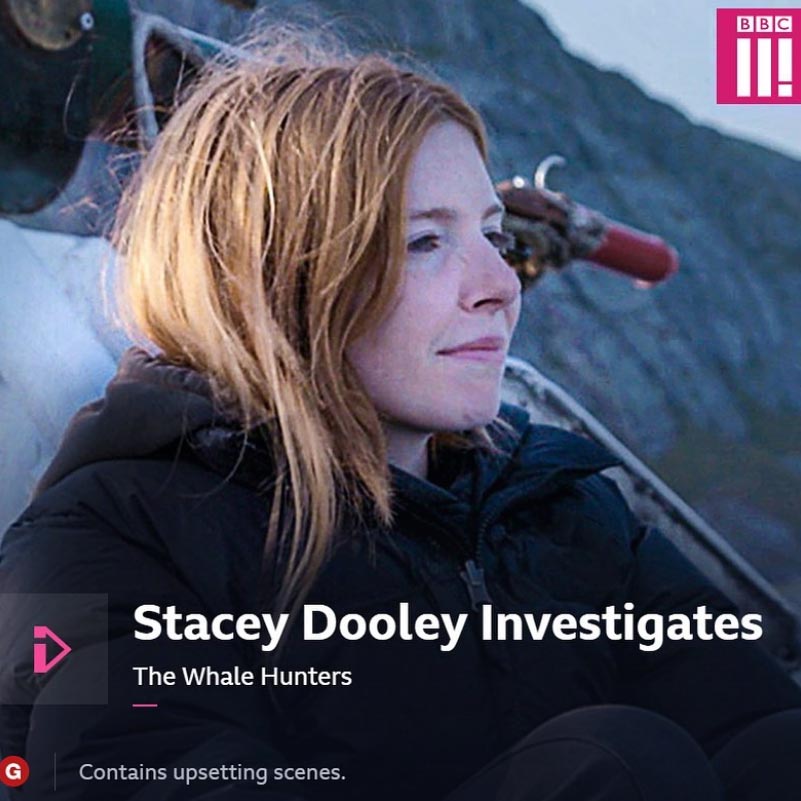 Sea Shepherd have been leading the opposition to the grindadráp (or ‘grind’ as the hunts are locally known) since the early 1980s. 2019 saw Sea Shepherd crew living in the Faroe Islands for the organisation’s eleventh year of campaigning against the hunts - ‘Operation Bloody Fjords’.

Dooley met with Sea Shepherd volunteers who come from all over the world and aim to bring to light what is happening by sharing images on social media and live streaming the hunts.

Footage from one of the livestreams showed the attempted slaughter of a dolphin with a spinal lance (a tool specifically designed to kill pilot whales and dolphins). When the dolphin didn’t immediately die, a knife was used to kill the mammal.

Dooley met with Kate Sanderson, an advisor to the Faroese government on responsible hunting, to put forward the argument that despite all the research to the contrary, the whales and dolphins in the grind often don’t die quickly and do suffer. Her concern was that this suffering isn’t monitored, and she showed Sanderson Sea Shepherd footage to confirm her argument.

Sanderson conceded that “it is a slaughter of wild animals in an uncontrolled environment, so it’s never going to be completely clinical.”

Dooley concluded the documentary stating that whale hunting is an emotive topic because it involves people’s traditions and beliefs, but admitted that she didn’t agree with the suffering of these animals.

She revealed that the Faroese government had written to her to inform her that that they are developing a smaller spinal lance for dolphins.

Rob Read, Chief Operating Officer of Sea Shepherd UK, said: “We worked with the producers of this documentary in terms of giving them some background to the whaling season and what to expect but had no input whatsoever to the content. To see Stacey’s genuine reaction when witnessing the killing of a dolphin, said it all for me. Not to mention the fact that there is plenty of research pointing towards the fact that the consumption of whale meat exposes people to high levels of heavy metal and industrial pollutant poisoning, which wasn’t covered in the programme”.

UK residents can watch the full documentary now on BBC3 at: bbc.co.uk/iplayer/episode/p07zt8qv/stacey-dooley-investigates-the-whale-hunters

Watch the 6 minute BBC3 short of the episode at: https://www.youtube.com/watch?v=4uLjgf8ZlUc

‘Stacey Dooley Investigates: The Whale Hunters’ will also be shown on mainstream TV on BBC2 and is being released for worldwide distribution via the BBC network and affiliates.

To read more about Sea Shepherd’s history opposing the grindadrap hunts in the Faroe Islands and more on the latest campaign ‘Operation Bloody Fjords’ see:
https://www.seashepherd.org.uk/campaigns/operation-bloody-fjords/