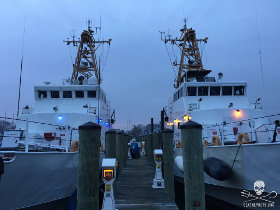 The two ships now renamed the Jules Verne and the Farley Mowat, purchased in Baltimore, are now berthed in Key West, Florida.

Sea Shepherd USA now operates three vessels. In addition to the two newly acquired fast patrol boats there is the sailing ketch the R/V Martin Sheen, currently wrapping up its engagement with Operation Milagro, protecting the endangered vaquita in Mexico’s Sea of Cortez.

The Jules Verne is named in honor of the French writer who gave the world the inspiring story of Captain Nemo. The Jules Verne is partially sponsored by supporter John Paul DeJoria’s Peace, Love & Happiness Foundation. 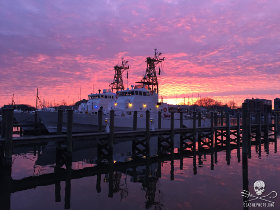 Sea Shepherd has been operating ships for 37 years since 1978. In total, 15 ships have carried the Sea Shepherd flag on campaigns in all the world’s oceans, from the Arctic to the Antarctic and in the waters off all six continents. During this time, more than 5,000 people have participated as volunteers aboard Sea Shepherd ships.

Sea Shepherd Global, based in Amsterdam, operates the vessels Steve Irwin, Bob Barker, Sam Simon, Brigitte Bardot and the Jairo Mora Sandoval. A sixth ship, as yet unnamed, is currently being constructed and will be launched in September 2016.

The History of Sea Shepherd ships:

Sea Shepherd also maintains a fleet of small boats. These include:

Plus an additional eight small boats assigned to the larger ships.