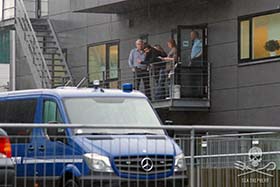 Exactly one week ago, the four volunteers were found guilty of breaking the Faroe Islands’ Pilot Whaling Act and public disturbance for the ‘crime’ of interfering in the July 23 slaughter of over 250 pilot whales on the killing beaches of Bøur and Tórshavn.

The volunteers were each sentenced to pay a fine of between 5 000 and 35 0000 Danish krones, or serve jail time of between eight and 14 days. In addition, the prosecution submitted an application for the Sea Shepherd crewmembers to be deported from the Faroe Islands.

Appeals to both the sentences and the deportations were immediately lodged by the defense.

On Tuesday, the volunteers visited Tórshavn police station, stating that they refuse to pay the fine as sentenced, demanding to serve their jail time over deportation. Kunneke stated, “This attempt to deport us, before the appeal to our sentencing is heard, undermines our basic human rights to a fair trial, and is just another attempt to silence any opposition to the slaughter of pilot whales in the Faroe Islands.”

Police told the four that the final decision on the matter would be made by Danish immigration and asked that the request to serve jail time be submitted in writing.

On Thursday afternoon, Kunneke, Bondue, Baldo and Schiltz were notified that the appeal against their deportation was not successful, and that they would be deported from the Faroe Islands the following day. Police then requested that the four appear at Tórshavn police station on Thursday night, telling the volunteers that they would be notified of final details of the deportation, including time, at the police station. 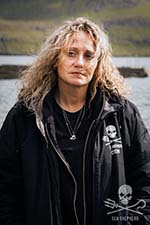 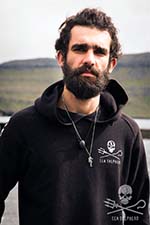 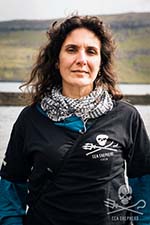 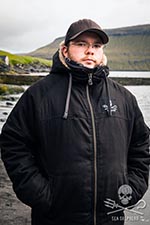 As requested, the four Sea Shepherd crewmembers arrived at Tórshavn police station at approximately 1835 Faroese time on August 13. To their shock, the volunteers were immediately placed under arrest for deportation.

The four Sea Shepherd crew remained in custody until their deportation approximately nine hours later. Communication was limited to a list of what and where their belongings were so that they could be collected, and a brief letter to other volunteers still on the ground. 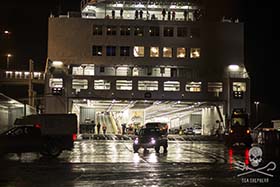 Crew being loaded onto ferry for deportation in the early hours of the morning. Photo: Mayk WendtIn a letter to his fellow Sea Shepherd crew, Bondue wrote, “ … continue to fight! This is just the beginning!”

CEO of Sea Shepherd Global, Captain Alex Cornelissen, stated, “Danish authorities have become desperate and careless in their attempt to silence Sea Shepherd. The truth of the Danish government’s shady dealings in the Faroe Islands, and the lengths to which they are willing to go to protect the on-going slaughter of cetaceans, has never been more evident. It is clear that Denmark is feeling the pressure of the condemnation of the international community, which is outraged by its compromise of European regulations and international law, and this is exactly the reason that we will continue to apply pressure and expose the shameful wrongdoing that is taking place in the Faroe Islands.”

So far this year, 12 Sea Shepherd volunteers, representing the United Kingdom, Italy, Corsica/France, the Netherlands, Belgium, Germany, Luxembourg and the United States, have been arrested in the Faroe Islands. All of the volunteers are accused of the ‘crime’ of interfering in the infamous drive hunt of pilot whales and other small cetaceans, known as the grindadráp.

The grindadráp is the largest single slaughter of marine mammals in Europe. A total of 490 pilot whales have been slaughtered in five grindadráps, which have all taken place since June, this year alone.

Sea Shepherd has been leading opposition to the grindadráp since the 1980s. Operation Sleppid Grindini is the organization’s sixth pilot whale defense campaign in the Faroe Islands.