Once lost or discarded, sections of fishing net and other fishing equipment can drift through the ocean or be left snagged on wrecks, rocks and reefs indiscriminately killing marine wildlife for decades. Sea Shepherd UK’s Ghostnet Campaign will utilise our own highly experienced volunteer divers and our UK fleet of four Rigid Hull Inflatable Boats (RHIBs) to survey sections of the UK’s coastline and recover as many nets and other lost gear as possible. Surveys have already been conducted around North Wales and the campaign will be rolled out into other areas as the appropriate permits for ghost gear retrieval have been granted to Sea Shepherd UK.

The number of discarded/lost nets around the UK is currently unknown, but is believed that tens of thousands of sections of fishing nets pose a hazard to wildlife around the UK coastline. SSUK is launching our ghostnet campaign as a long-term operation and we will work closely with the Marine Management Organisations and other relevant authorities in England, Scotland and Wales to ensure that ghost fishing equipment is removed safely, legally and without harm to the environment or wildlife.

"Fathoms Free are excited to announce our latest collaboration for ocean protection. In order to help rid our seas of lost fishing gear we have joined with Sea Shepherd UK on our ghost gear campaigns. It is estimated that 640,000 tonnes of fishing gear is lost at sea every year. This "ghost gear" continues to catch fish and other marine life for decades, resulting in untold amounts of suffering and loss of life. Both organisations will be actively working to remove this deadly ghost gear and help find ways to reduce losses. This new collaboration will help us to increase our effectiveness by pooling our divers, volunteers, resources and knowledge as well as increasing our activities to more of the UK’s coastline. Thus, enabling the creation of a more strategic and comprehensive program to clean our seas and protect our marine wildlife. Great things for ocean protection are about to happen!" – Rob Thompson of Fathoms Free.  http://fathomsfree.org

In anticipation of the new ghostnet campaign, SSUK has recently added to our RHIB fleet with the acquisition of a high specification (ex-RNLI and ex-Dorset Police) twin engine ‘Atlantic 75’ which has been renamed GHOST in recognition of the boat’s first campaign with Sea Shepherd. 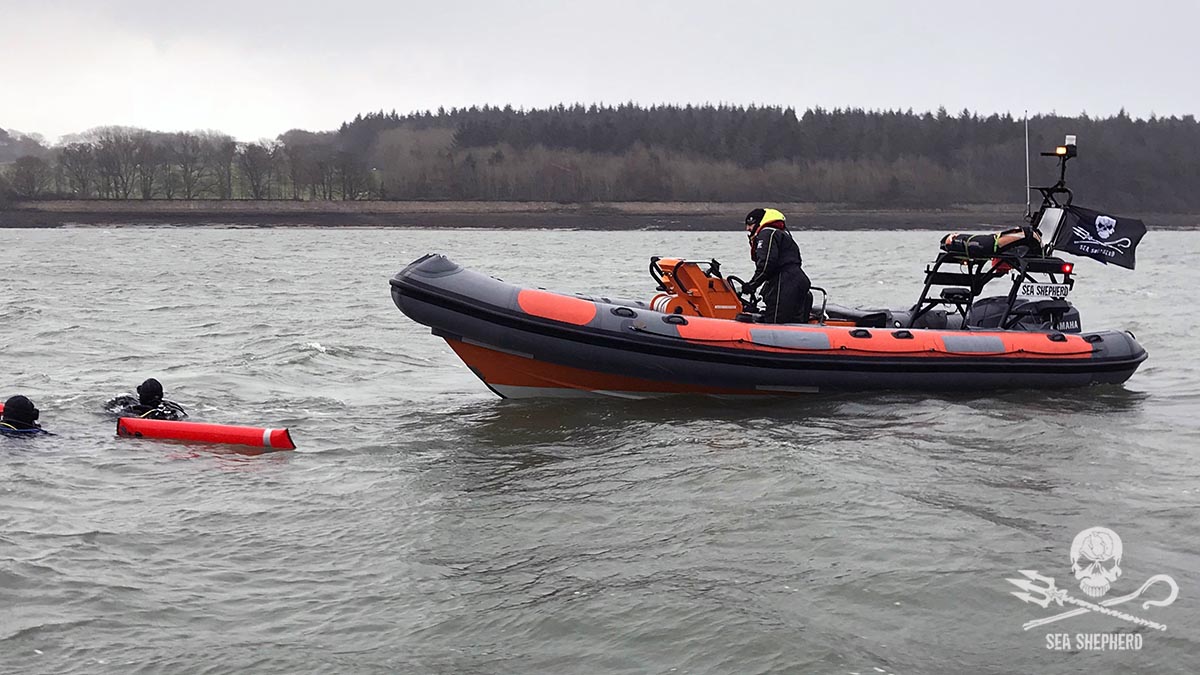 GHOST will increase SSUK’s ability to operate around all areas of the UK and is able to carry a team of divers, observers and up to one ton of recovered fishing gear. Ghost is now Sea Shepherd UK’s largest RHIB since MV Spitfire has been granted to the vessel MY Bob Barker for IUU fishing patrols around Africa.

On this campaign Ghost will work alongside Sea Shepherd UK’s other RHIBs ‘Dragon’, ‘Joker’ currently based in Wales and also with ‘Siren’ based in Scotland. Ghost, Dragon and Siren also are fitted with 3D StructureScan sonar to enable our crews to quickly identify wrecks, rocky outcrops and other potential seabed features where ghostnets might be located. Ghostnets and other marine debris retrieved by Fathoms Free and Sea Shepherd UK will be stored and sent for recycling wherever possible. 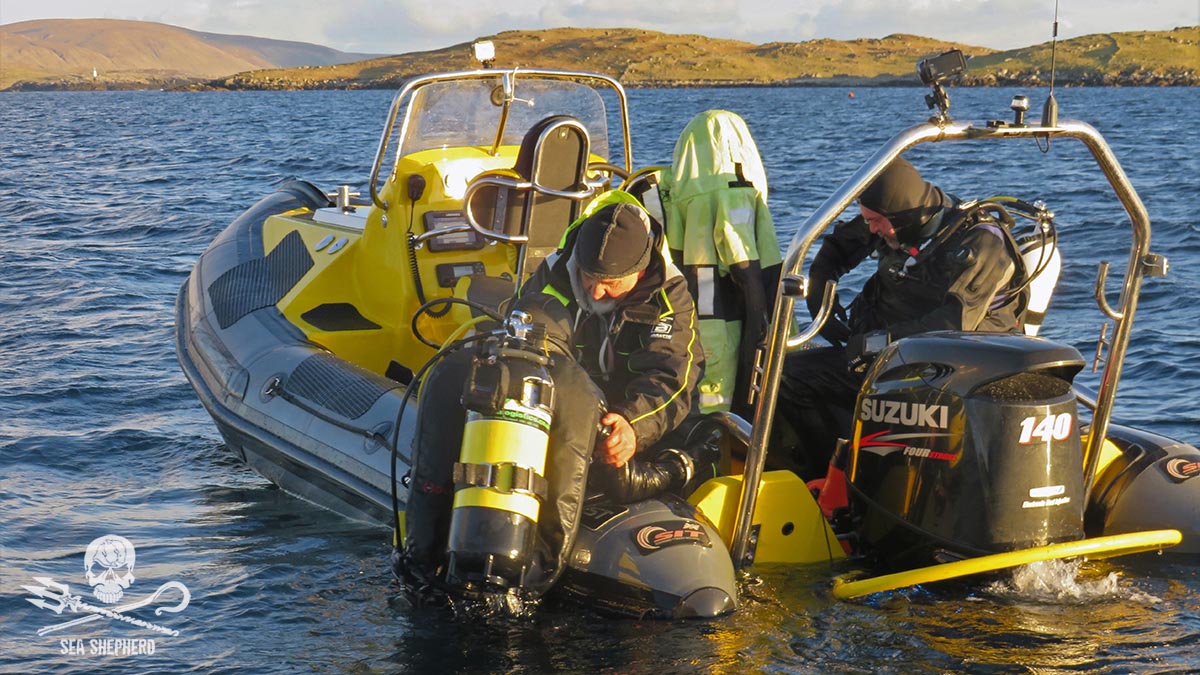 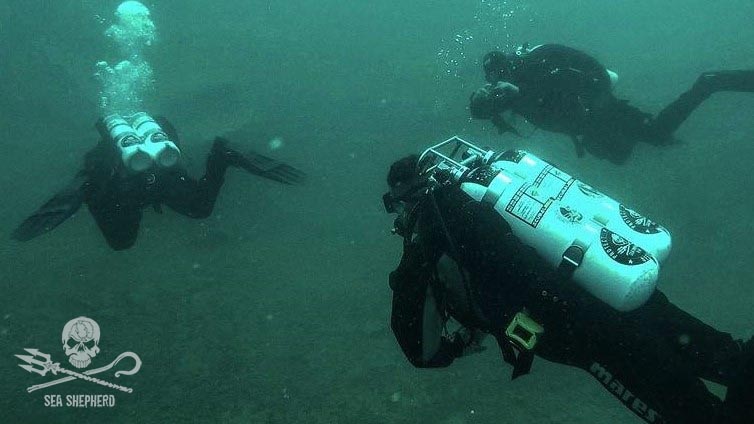 To report ghostnets and other discarded fishing gear around the UK contact Rob Read (chief Operations Officer) and Tony Land (Senior Volunteer & Technical Diver) at Sea Shepherd UK on: ghostnet@seashepherduk.org and/or Fathoms Free via the form at: http://fathomsfree.org/contactus/

*Please help support Sea Shepherd UK campaigns and boats by donating or fundraising for Sea Shepherd UK on our JustGiving page at: https://www.justgiving.com/seashepherduk/donate