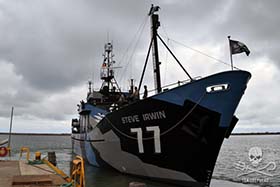 Led by returning Captain, Siddharth Chakravarty, Sea Shepherd will once again defend the pristine waters of Antarctica from poachers, with the aim to shutdown illegal activities in what is the world’s last great wilderness.

Sea Shepherd will employ direct-action techniques to fill a law enforcement void that continues to be exploited by the Japanese whale poaching fleet and the two remaining illegal toothfish vessels, Viking and Kunlun (Taishan), which continue to threaten the survival of the fragile and wild Antarctic ecosystem.

“The Steve Irwin will be the only proactive enforcement presence in Antarctica once again this year. The shadowlands of Antarctica are under threat and we are the only form of protection to the marine wildlife in these unregulated regions. Other than offering direct and immediate protection to the oceans, we intend to investigate and document the illegalities and work with law-enforcement agencies, once again, to aid and close out existing investigations worldwide,” said Captain Chakravarty.

As Captain Chakravarty and the crew of the Steve Irwin depart for the Southern Ocean, Sea Shepherd has called on the governments who are responsible for upholding the laws that protect the Southern Ocean to intervene against these poaching operations.

“Sea Shepherd should not be left to defend Antarctica alone,” said Captain Alex Cornelissen, CEO of Sea Shepherd Global. “For the last 13 years our ships and crews have shone an international spotlight on both the illegal whaling and more recently on the illegal toothfish operations. Now it’s time for governments to step-up and take serious action to address the issue of poaching in the Southern Ocean.” 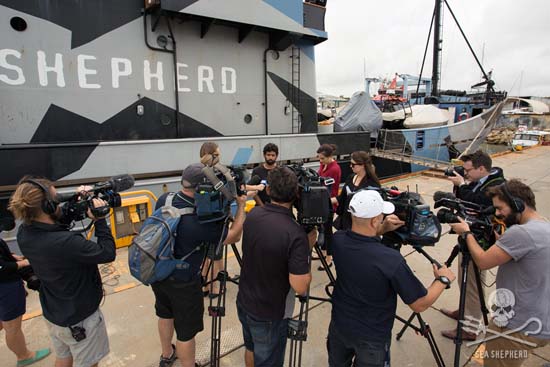 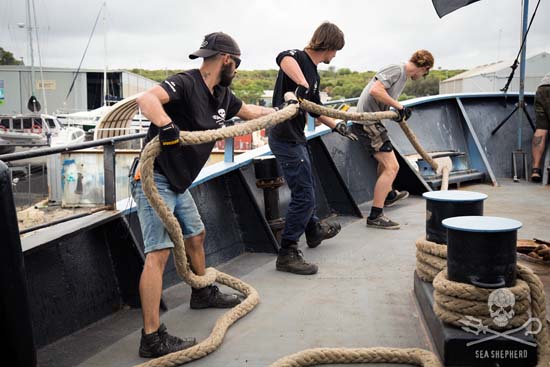 The crew of the Steve Irwin on lines as the ship departs. Photo: Eliza Muirhead 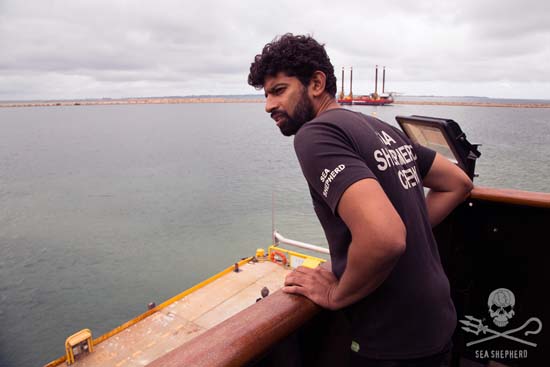 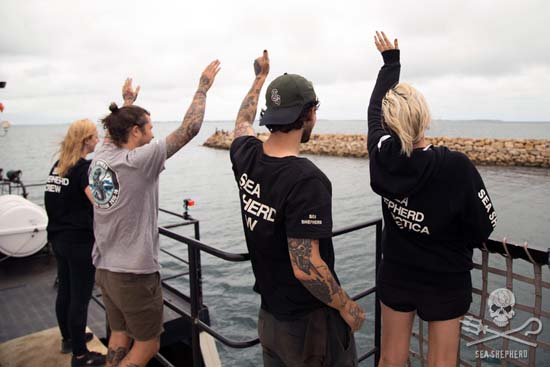 The crew of the Steve Irwin wave farewell to supporters, friends and family. Photo: Tim Watters