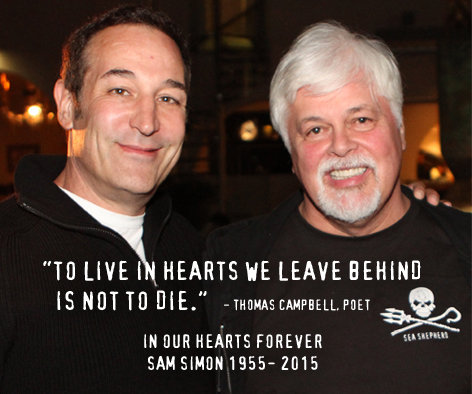 All of us at Sea Shepherd are deeply saddened by the loss of the amazing human being, Sam Simon. A true friend of Sea Shepherd and a hero for animals everywhere, as well as an award-winning television executive and co-creator of The Simpsons, Sam passed away last night at the age of 59 following his brave battle with cancer.

Sam Simon was a devoted animal activist and noted philanthropist, generously giving to the causes closest to his heart, including Sea Shepherd’s mission to defend ocean wildlife worldwide. In 2012, Sam donated to Sea Shepherd the funds to purchase a ship, which was proudly named in his honor. The M/V Sam Simon has been engaged in several Sea Shepherd Australia campaigns and is currently protecting Antarctic and Patagonian toothfish from poachers as part of Sea Shepherd’s Operation Icefish.

Sam also showed his support for Sea Shepherd by hosting a comedy fundraiser, “Stand Up for the Oceans,” for us in 2011, and spoke at several events, shining a bright spotlight on the issues facing the marine animals about which he cared so deeply. Most recently, he marched with more than 200 people in Los Angeles in February as part of Sea Shepherd’s “World Love for Dolphins Day” rallies against the Taiji dolphin slaughter. 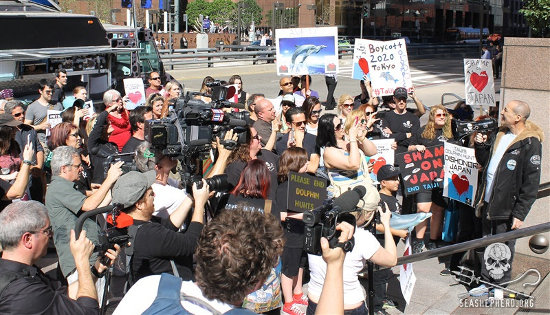 “This is truly a devastating loss, for me and for Sea Shepherd and for the thousands of people and animals whose lives have been touched by Sam Simon. He will be remembered as a great friend and as an unwavering defender of animals,” said Sea Shepherd Founder, Captain Paul Watson.

Along with his uncompromising support of Sea Shepherd, Sam Simon was a generous supporter of several animal rights organizations and causes, and has generously given millions of dollars to free abused animals to sanctuaries. His charitable non-profit, the Sam Simon Foundation, works to both rescue dogs from shelters and train them to become assistance animals for people in need. An award-winning producer, writer and director, Sam Simon was known for his work on such hit TV shows as The Tracey Ullman Show, Taxi, Cheers, and The Drew Carey Show. He was the recipient of nine Emmy Awards and a Peabody award.

We love you and will miss you, Sam. 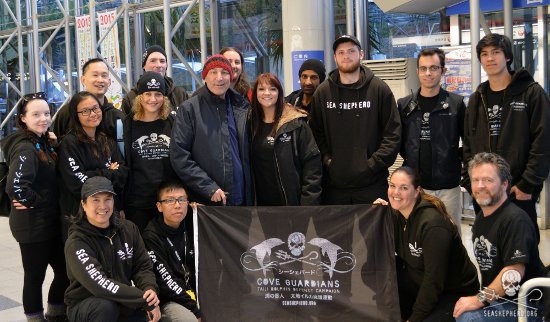