Sea Shepherd receives 8.3 million Euros from the Dutch Postcode Lottery for the Protection of the Southern Ocean

At the annual Goed Geld Gala (Good Money Gala) in Amsterdam on January 26th, Sea Shepherd received the biggest donation (8.3 million Euros) in its history. Sea Shepherd’s submitted Dream Project Stop Illegal Fishing in the Southern Ocean was awarded with the required funds to make this dream a reality. Sea Shepherd will use the donation to build a new ship, which will enable the organization to be more effective than ever in the fight against poaching on the high seas.

Since 2002, Sea Shepherd has been confronting illegal whalers and illegal fishermen in the waters surrounding the Antarctic continent. Sea Shepherd’s actions have been very successful but the fleet is aging and the vessels are lacking speed. For many years, Sea Shepherd has looked for a vessel that has the range and capability of reaching high top speeds to be the Southern Ocean Patrol flagship. To date, however, budget restrictions have made such a purchase impossible.

“Sea Shepherd will now be able to have a custom-designed ship built, capable of achieving speeds that far exceed any of the vessels in our current fleet. After researching possible ship builders for the last two years, negotiations with Dutch ship builder Damen has resulted in a blueprint of our ideal ship”, said Alex Cornelissen, CEO of Sea Shepherd Global. 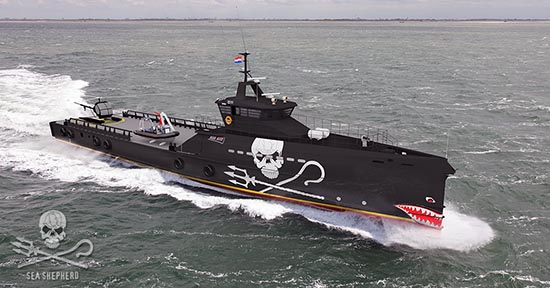 The Southern Ocean is one of the last regions of untouched natural beauty on the planet. Unfortunately we are seeing an increasing number of illegal activities that aim to spoil this pristine environment. Unregulated and illegal extraction of marine wildlife is disrupting the Antarctic eco-system and urgent action is needed.

“We are now able to proceed with the purchase of our dream ship and lift our conservation efforts to protect the Southern Ocean from illegal exploitation to the next level. We are extremely grateful to the Dutch Postcode Lottery and the people of the Netherlands for this very generous support,” said Cornelissen. 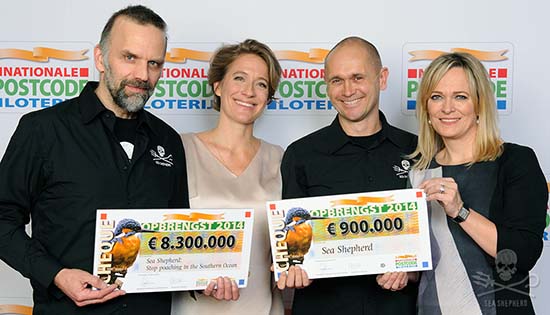