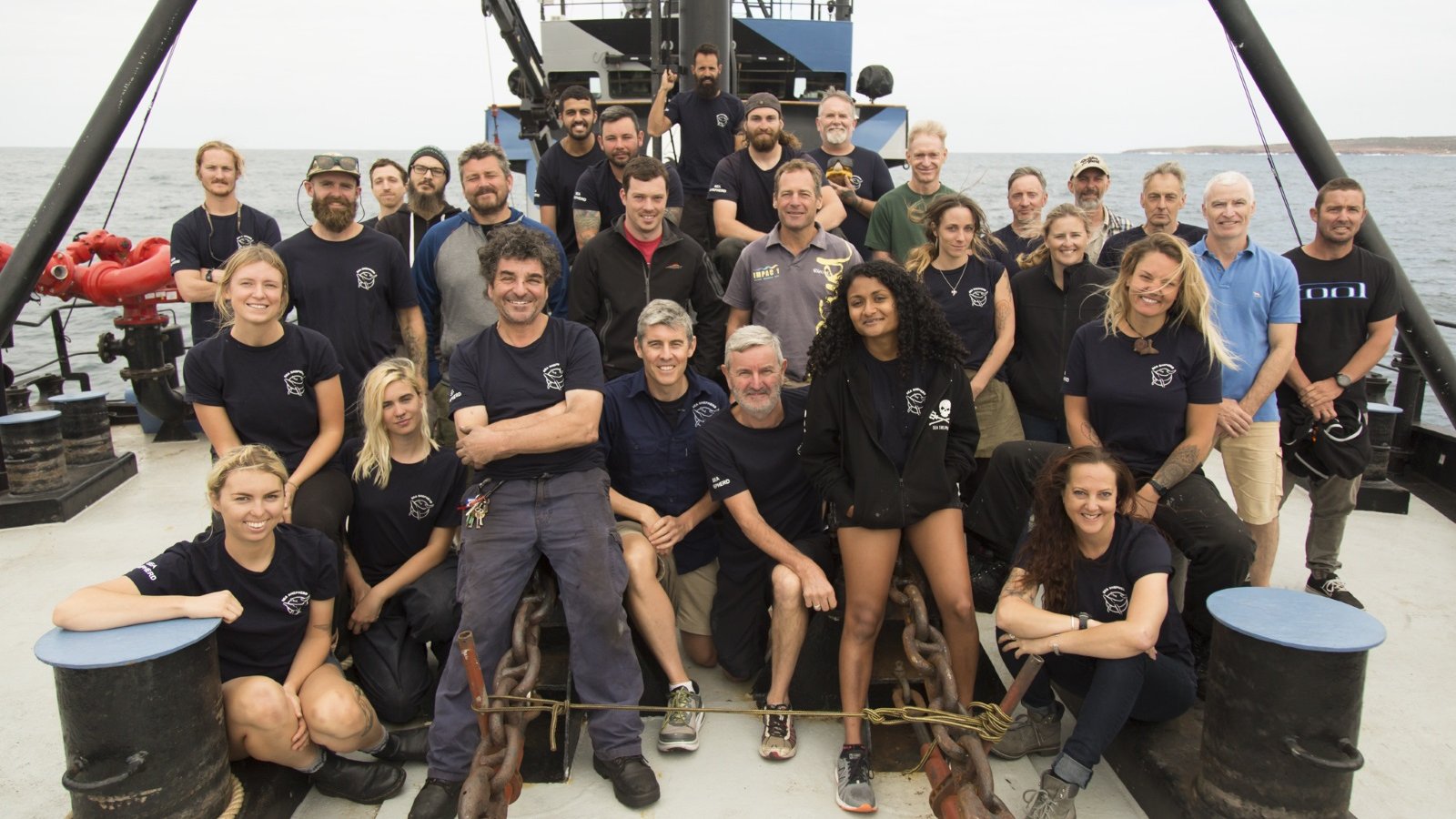 Sea Shepherd Australia invited scientists from The South Australian Department of Environment and Water to accompany them on a science expedition aboard the M/Y Steve Irwin to the Investigator Marine Park.

In March 2018, Marine and terrestrial surveys of the Investigator Area were conducted on and around the remote Pearson Isles and Flinders Island. Pearson and Flinders Islands are iconic locations and biodiversity hotspots, with a high diversity and abundance of fish as well as being home to breeding populations of long-nosed fur seals and endangered Australian sea lions.

Minister Speirs said: “It is amazing that 85 per cent of southern Australia’s marine life isn’t found anywhere else in the world. Scientific programmes such as this provide the foundation for our ongoing understanding and management of South Australia’s natural assets. Investigator Marine Park is dedicated to in order to conserve this significant biodiversity for the community and future generations.“

Marine and ecological scientists from the Department for Environment and Water (DEW) and the University of Adelaide joined Sea Shepherd staff on the expedition.

Sea Shepherd supplied their vessel, the M/Y Steve Irwin, to access the remote islands, enabling DEW to undertake critical ongoing dive monitoring. The Marine Parks Team conducted up to three marine survey dives per day, measuring size, abundance and biodiversity of fishes, invertebrates and macro-algae. Sea Shepherd undertook filming to capture the uniqueness of the Pearson Isles Sanctuary Zone, a location many will never have an opportunity to personally visit.

“A red banded wrasse (pseudolabrus biserialis) was recorded - this represents the first record of this species in this state. Blue groper populations were prolific – potentially the highest abundance of any South Australian sanctuary zone. These initial findings suggest that this ecosystem is functioning close to an intact system and therefore important as a reference site for understanding other subtidal reef systems.”

Sandy Carruthers, Executive Director, Science, Department for Environment and Water: “I’m delighted that we have conducted the first marine parks expedition to Pearson Island, of assessment of biodiversity there. I’d also like to acknowledge and thank Sea Shepherd and the crew of the Steve Irwin for making this critical expedition possible, for it simply would not have happened without their support.”

Jeff Hansen, Sea Shepherd Australia Managing Director and expedition leader said: “The trip also facilitated using drones to count and classify endangered Australian sea lions. Computer models can then be used to get an indication of the population and health of the sea lions.

"Places like Pearson Isles are critical to the survival of this charismatic and tourism drawcard species. 3D habitat models for the Pearson Isles little penguin colony will also be developed from captured drone footage," he said.

“Sea Shepherd is an organisation that fills voids with the overall mission to protect the biodiversity of our oceans that all humanity rely on, be that in working with the governments in Africa in combatting illegal, unregulated and unreported fishing, or facilitating critical marine and terrestrial ecological surveys with the South Australian Government in the Great Australian Bight.

“The Great Australian Bight truly is one of the best kept secrets, an amazing grand marine wilderness area of global significance and importance. Sea Shepherd was proud to be able to facilitate this trip working with government to assess the biodiversity of this area," Jeff said.