For the past three weeks, Sea Shepherd has been secretly patrolling the waters of the Republic of Liberia in West Africa in a covert operation to tackle illegal, unreported and unregulated (IUU) fishing. Working in partnership with the Liberian Ministry of National Defense under the coordination of the Honorable Minister Brownie Samukai, the MY Bob Barkeris patrolling Liberia’s coastline with 20 crew under the command of Captain Fraser Hall, ten Liberian Coast Guard sailors with the authority to board, inspect and arrest ships violating Liberian law, and two Israeli maritime advisors and conservationists providing training assistance. 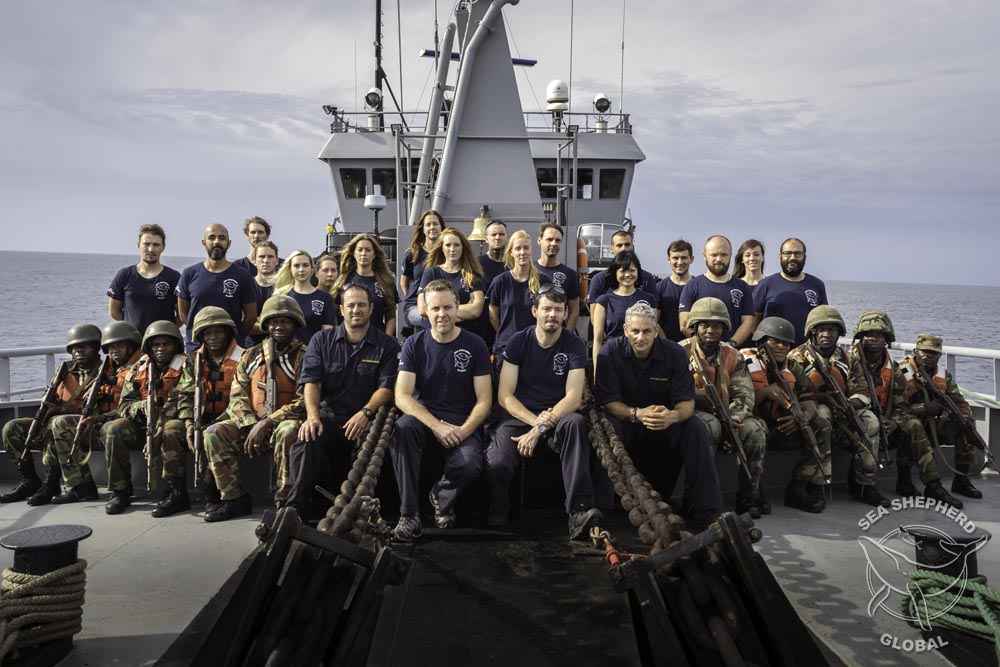 Named Operation Sola Stella, the campaign has already resulted in the arrest of three IUU fishing vessels in the first three weeks. They are currently being held in detention at the Liberian Coast Guard base in Monrovia. 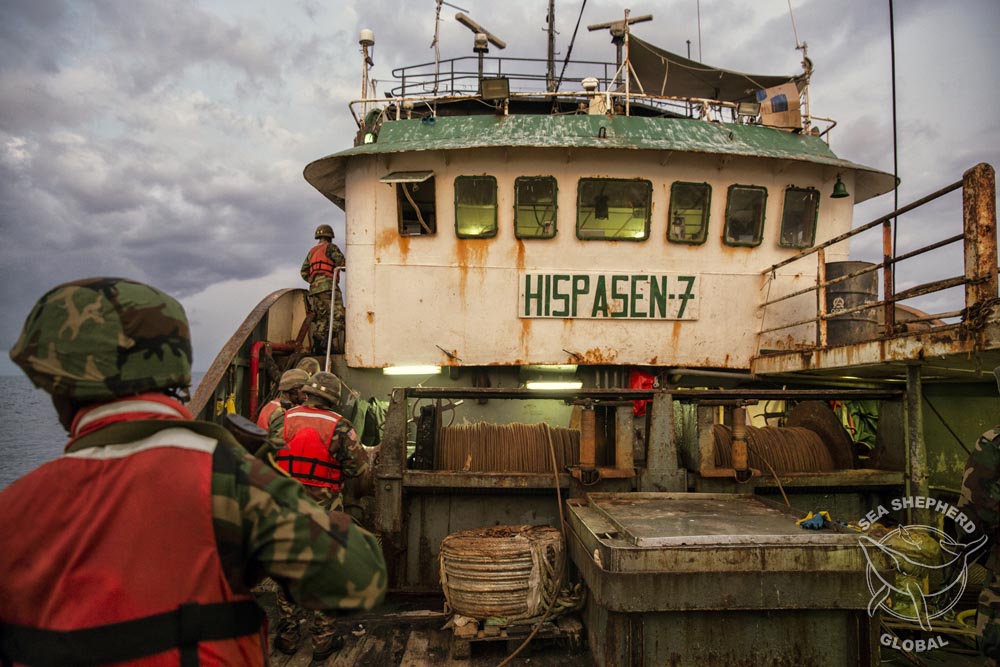 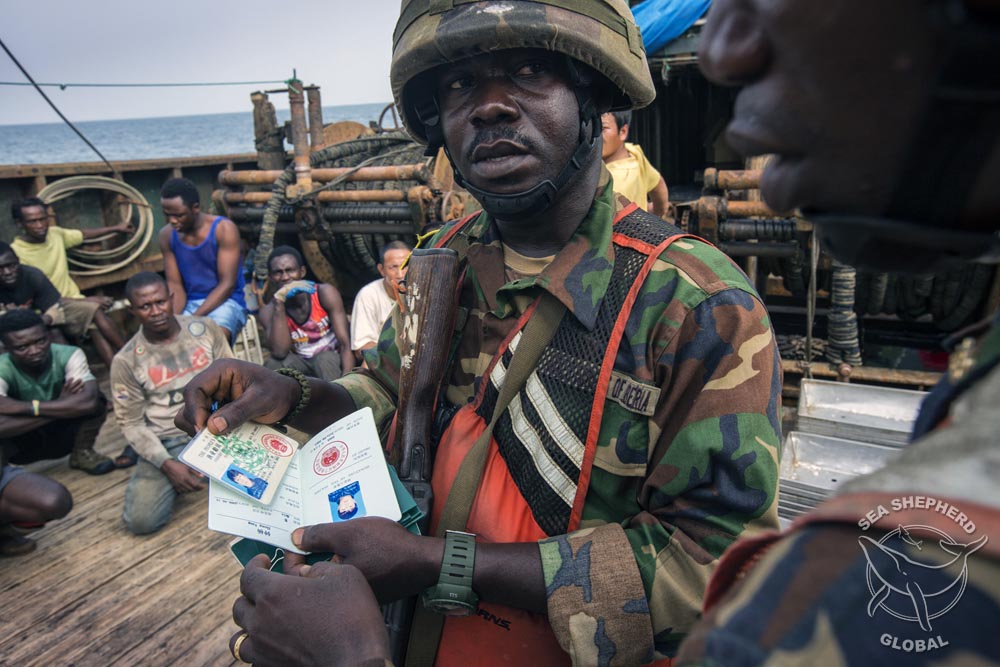 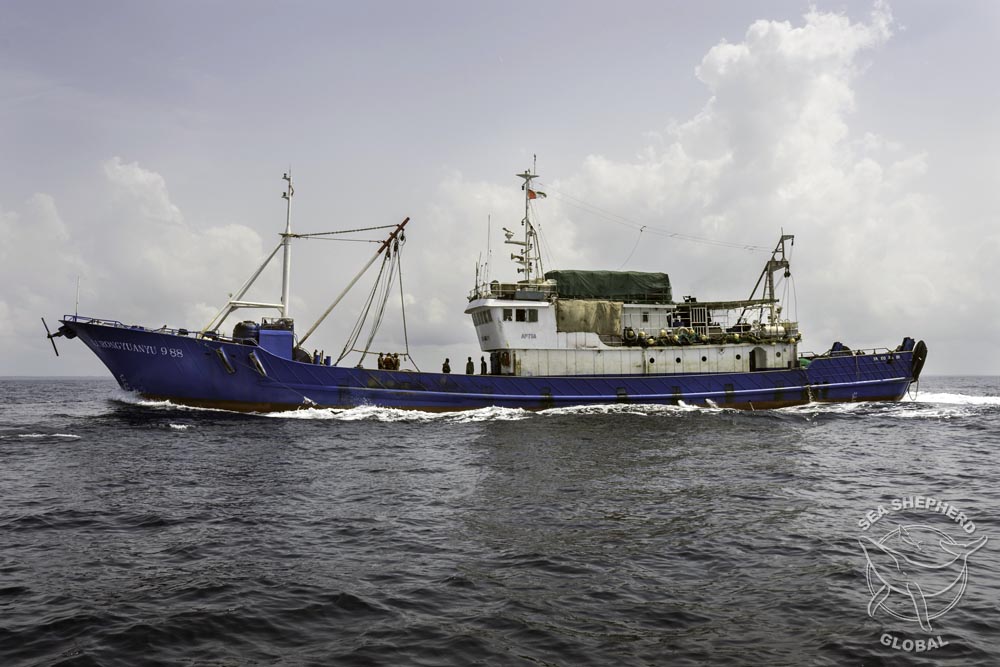 “We wanted to keep the operation a secret for the first few weeks, operating under the cover of darkness so we could catch as many ships as possible by surprise,” said Campaign Leader Peter Hammarstedt. “We commend the Hon Minister of National Defense for his steadfast resolve in prioritizing fisheries crime and bringing fishing pirates to justice.” 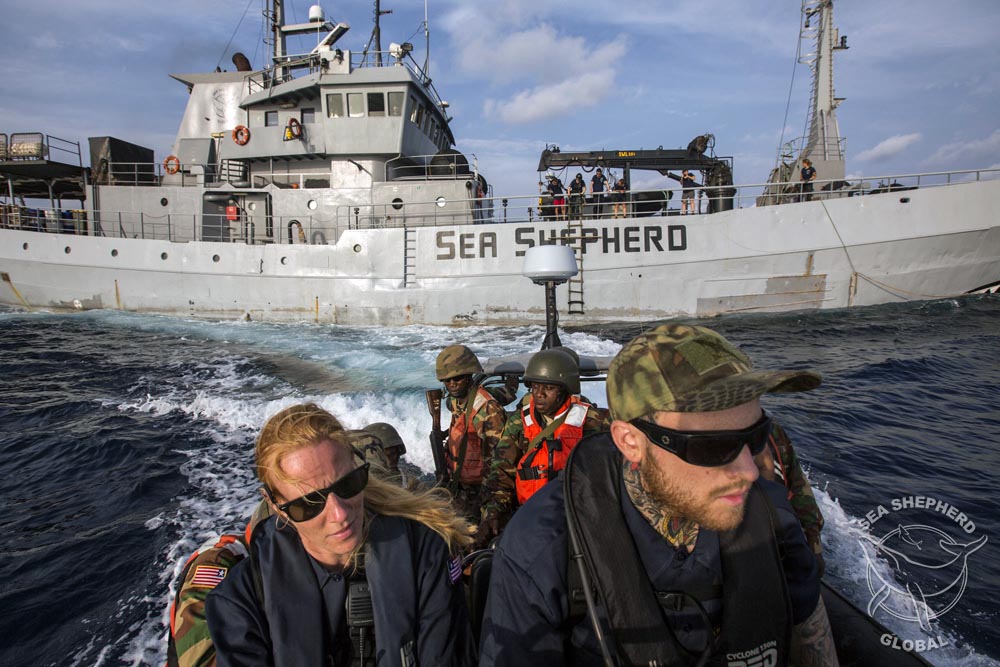 “They’re not going to get away with this anymore,” promised Samukai. “I will personally make sure that they will be punished to the full extent of the law. We will make it very, very clear that the time for illegal fishing is over.”

Developing countries are particularly vulnerable to IUU fishing, which accounts for up to 40% of the fish caught in West African waters. This campaign will help Liberia crack down on unlicensed foreign industrial vessels operating in its waters and protect the six nautical miles closest to shore reserved for subsistence, artisanal and semi-artisanal fishing, which employs 33,000 Liberians. 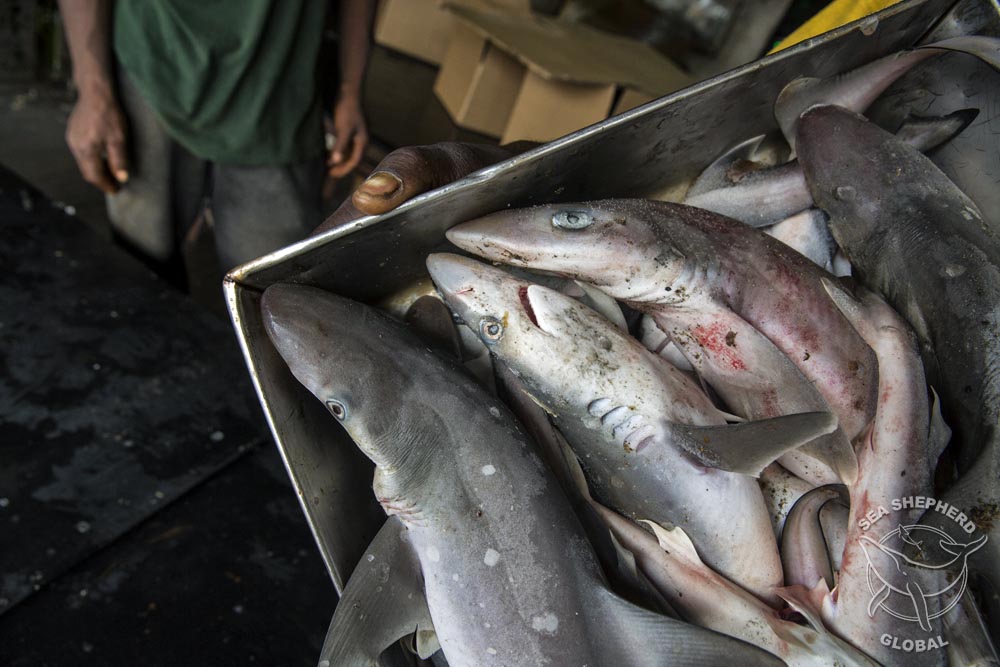 In 2016 Sea Shepherd partnered with the government of Gabon for Operation Albacore, resulting in over 40 fishing vessel inspections at sea and the subsequent arrest of three IUU Congolese fishing trawlers and one Spanish long-liner. Operation Sola Stella is a continuation of Sea Shepherd Global’s commitment to work with national governments to help end IUU fishing.

For the latest news about Operation Sola Stella visit the MV Bob Barker Facebook page or sign up for the Sea Shepherd Global newsletter.