The Sea Shepherd ship, Bob Barker, has arrived in the Republic of Gabon for the commencement of Operation Albacore, a new campaign to tackle illegal, unregulated and unreported (IUU) fishing, under the direction of the Government of Gabon.

Throughout the 2016 tuna fishing season, Gabonese marines (Marine Nationale) and officers with the Fisheries Enforcement Agency (ANPA) will be stationed on-board the Bob Barker, working alongside Sea Shepherd crew to patrol Gabon's sovereign waters. These patrols will provide a vehicle for law enforcement to defend, conserve and protect critical tuna habitat in Central West Africa from April through to September 2016.

Of the global catch of fish, 15-40% is estimated to be caught by IUU operators, and 90% is caught in waters that fall under the authority of a Coastal State. It is the complicated systems of trans- boundaries in the Gulf of Guinea, coupled with the fact that many regional Coastal States lack adequate operational resources, why IUU fishing is so prevalent and prevails in waters off Africa's west coast.

Campaign leader, Captain Peter Hammarstedt, said, “In 2015, the epic chase of the notorious toothfish poaching vessel, Thunder, led us to the Gulf of Guinea. When the Gabonese Government expressed their willingness to intercept and arrest the Thunder, were it to enter Gabonese waters, they demonstrated an exemplary commitment to tackling fisheries crime head on. Working in cooperation with state authorities to enforce national and international conservation law is a natural step for Sea Shepherd to take and we are proud to work with Gabon, a country which intends to be a regional leader in establishing a gold standard for fisheries management and enforcement practices” 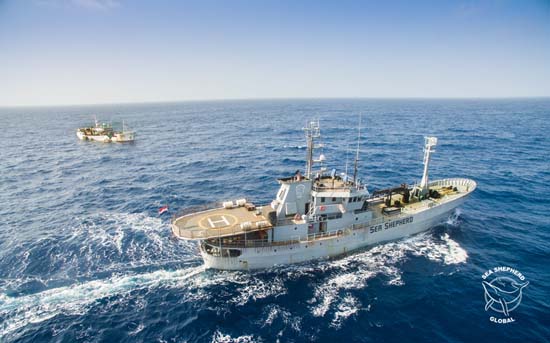 The Bob Barker will be working with the Government of Gabon to tackle illegal, unregulated and unreported (IUU) fishing. Photo: Lukas Erichsen 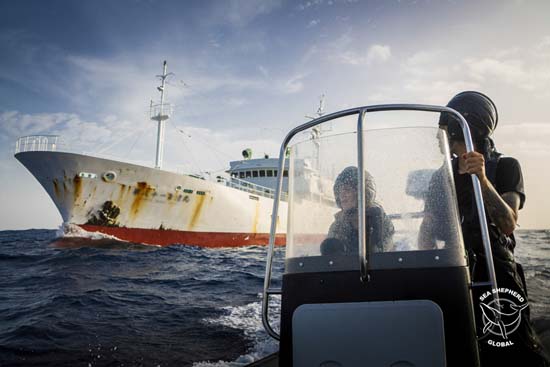 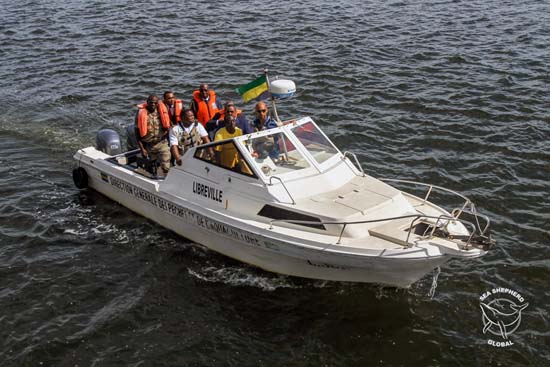 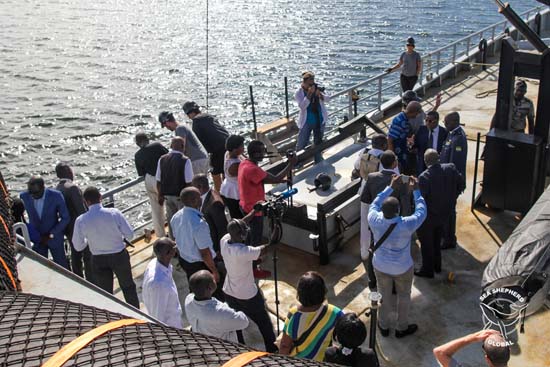 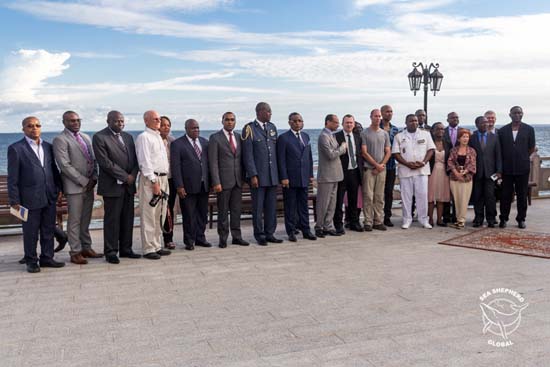 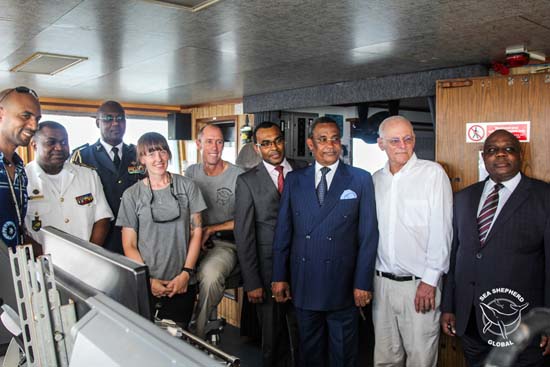 The ministers on the bridge of the Bob Barker after a tour of the ship. Photo: Alejandra Gimeno