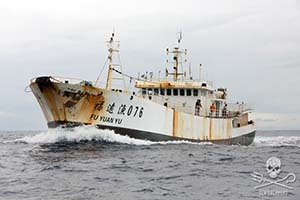 The Sea Shepherd ship, under the command of Captain Siddharth Chakravarty, has now engaged in a pursuit of one of the ships, the Fu Yuan YU 076.

With the arrival of the Steve Irwin, the Fu Yuan Yu fleet disbanded and scattered, abandoning its poaching activity. It is the second time since January that the Sea Shepherd ship has effectively suspended the fleet’s illegal fishing operations.

Captain Chakravarty said, “Between finding the vessels first in January and now in March, we have seen a huge effort on the part of the vessels to cover up their illegality. They have moved their fishing grounds by 2000 nautical miles, have changed their fishing patterns and have systematically switched off their tracking devices. In spite of their evasive actions, we have managed to find them. The next goal is to shut them down permanently.”

The Steve Irwin first became aware of the Fu Yuan Yu vessels while en route to Antarctica for Operation Icefish 2015-16. Suspecting that the vessels were engaged in illegal activity, Captain Chakravarty launched a reconnaissance mission to document the fleet’s operations.

The documentation and evidence collection confirmed that the Fu Yuan Yu fleet’s operations involved the use of driftnets; a method of fishing that has been banned since 1992 in accordance with a United Nations Moratorium.

In all, Sea Shepherd has documented at least 10 violations perpetrated by the Fu Yuan Yu, under international and national regulations.

Captain Chakravarty has reported the vessels to the relevant authorities to begin land-based investigations into their operations.

The Steve Irwin will continue to pursue the vessels, ensuring that they cannot resume their illegal operations, while at the same time aiding state-actors in enforcing laws. 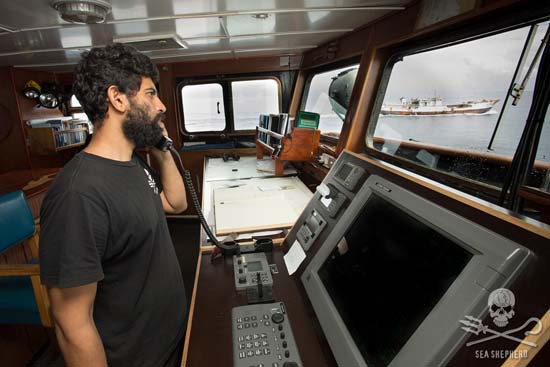 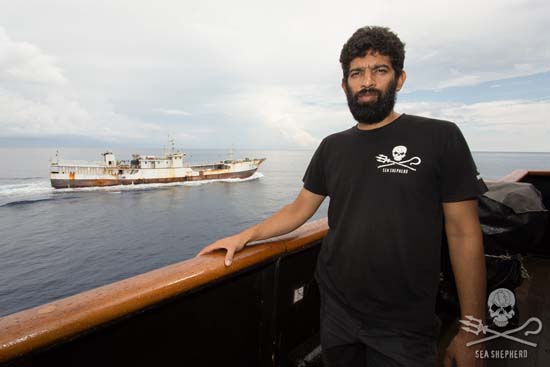 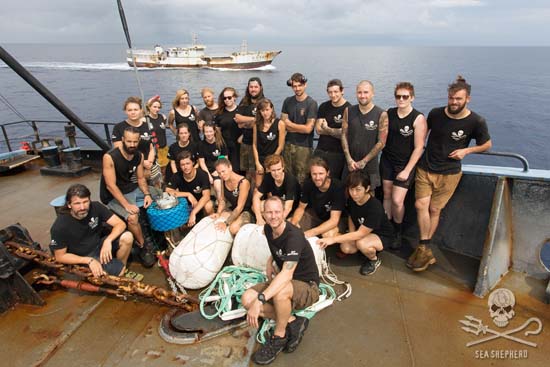 The Steve Irwin and its crew have now engaged in a pursuit of one of the ships, the Fu Yuan YU 076. Photo: Tim Watters