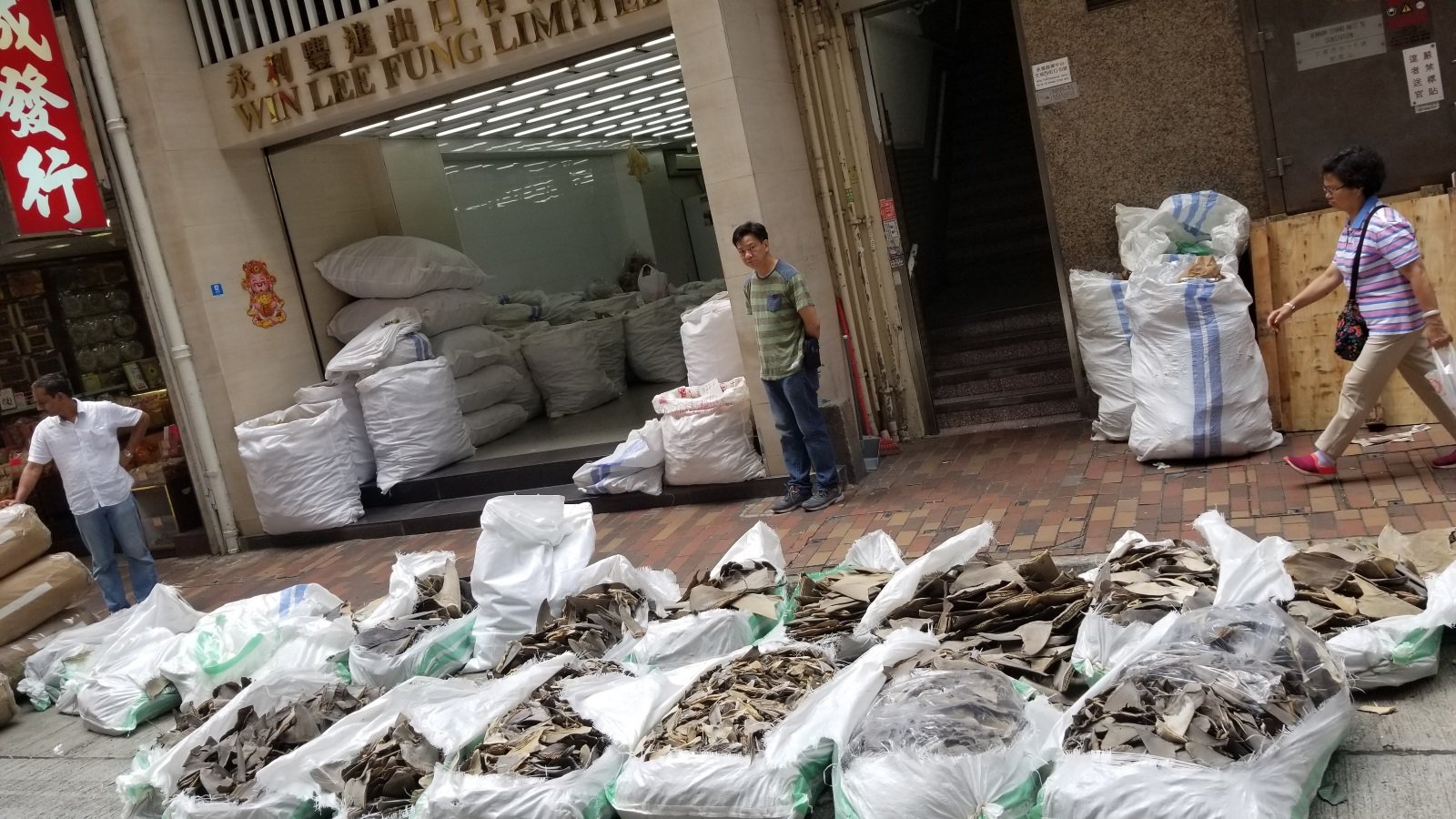 Last year Sea Shepherd Global carried out a three-month investigation in Hong Kong and discovered shipments from Maersk, Virgin Australia Cargo and Cathay Pacific who were all victims of the deceitful shark fin industry. In all cases the shipments were being booked with vague descriptions such as “Dried Seafood” or “Marine Products”.

What makes the most recent case even worse is that Sea Shepherd found Whale Shark fins and possibly Oceanic Whitetip fins in the shipment. These are Cites Appendix 2 species and need to have an export permit from CITES Sri Lanka. These protected species were hidden among legal fins to avoid detection.

What these smugglers are doing by using a vague description is firstly getting the shipment carried by a company that has a ban in place, but secondly the vague description puts them further down the priority list for an already over-stretched Hong Kong Customs who can barely check 1% of all containers arriving. By declaring as “Dried Seafood” the container will likely never be checked, therefore these smugglers can place anything inside.

Sea Shepherd Global have asked the Hong Kong Government for a mandatory use of the international Harmonised Shipping Codes for all wildlife products at time of booking for any goods destined to Hong Kong. Only then would Hong Kong Customs and AFCD (Agricultural, Fisheries & Conservation Department) stand a fighting chance to have more effective inspections on containers when they know the contents before they arrive. Currently the shark fin smugglers have to declare what they had shipped, 14 days AFTER the container has arrived in Hong Kong or face a HK$80 (US$10) late penalty. By the time they declare the shipment is already dispersed and no inspections could ever be carried out.

“They should no longer be called shark fin traders but shark fin smugglers which is exactly what they are, and they should be dealt with as smugglers, instead of being pampered in fear of upsetting livelihoods; they are criminals,” said Gary Stokes. “AFCD Officers need to be given the power to enter, search and prosecute, yet they either do not have the powers or they lack the initiative and incentive to do so.”

Sea Shepherd presented this case to the Legislative Council of Hong Kong (Legco) this week as an example to the Hong Kong Government of the current failings and loop holes that the Trans-National Wildlife Crime syndicates are exploiting, and where Hong Kong has the opportunity to really make a massive difference to combatting wildlife crime on the world stage, if only it chose to give the right tools for the Customs & AFCD to be able to do their jobs efficiently. Watch the video (Sea Shepherd at 46:45).