For Sea Shepherd, Galapagos has always been humanity’s line in the sand.
Photo: Sea Shepherd/Tim WattersAfter extensive preparation and in cooperation with the National Judicial Authority of Ecuador and the United Nations Educational, Scientific and Cultural Organization (UNESCO), Sea Shepherd Galapagos organized its first-ever capacity-building course on the landmark World Heritage Convention and its application in the Galapagos Islands.

Our initial intention was to simply offer a symposium in Galapagos on the matter. Thanks to the support of the Ecuadorian Judicial School (Escuela de la Función Judicial del Consejo de la Judicatura del Ecuador), we were able to accomplish a lot more:

The essence of both the course and the symposium was to analyze the importance of the World Heritage Convention in the protection of Galapagos as a World Heritage Site. The Convention remains a strong tool for judges and prosecutors to enforce environmental law in protected areas like Galapagos.

The symposium featured presentations from the following legal experts: 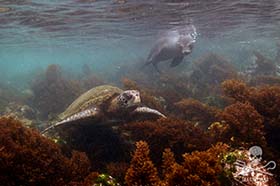 Galapagos was the first site to be included on the UNESCO World Heritage List.
Photo: Sea Shepherd/Tim WattersWe were able to demonstrate to the attendees that the Ecuadorian Constitution as well as the UNESCO Convention clearly provide a solid basis for the protection, conservation and rehabilitation of the highly unique Galapagos eco-system.

Galapagos was the first site to be included on the UNESCO World Heritage List. The conference was held to commemorate 37 years since the site was dedicated as a sacred region of rare and unmatched natural beauty.

The Galapagos Legal Project is now in its fifth year and continues to focus on Galapagos as a place of outstanding universal value and appeal, which is in line with UNESCO’s mission.

For Sea Shepherd, Galapagos has always been humanity’s line in the sand. The protection of the islands and their extraordinary marine reserve is extremely important. As Sea Shepherd’s Founder Captain Watson has said, “ [Galapagos] is a very sacred place. It’s very hard for [humanity] to have respect for any other ecosystem if we can’t respect the one ecosystem which is most renowned on this planet for being so unique.” 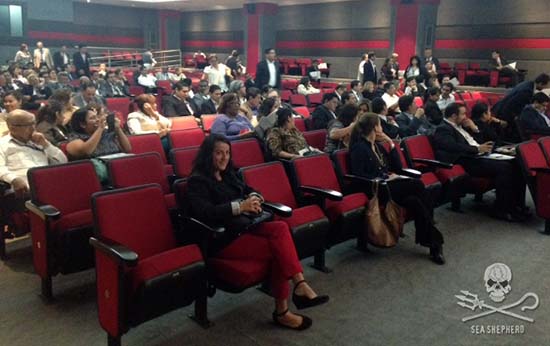 Attendees of the course on the landmark World Heritage Convention. Photo: Sea Shepherd