After much anticipation, Sea Shepherd Global has today unveiled the name of its New Patrol Vessel, Ocean Warrior.

The ship name was selected by a panel of representatives from Sea Shepherd and the Dutch Postcode Lottery, from over 1,400 entries in Sea Shepherd’s Name Our New Patrol Vessel competition. Because of multiple entries of the winning name, a supervised raffle was used to select the competition winner, Mrs. Smole from the Netherlands.

“We are extremely excited to announce the name of our new patrol vessel, Ocean Warrior,” said CEO of Sea Shepherd Global, Captain Alex Cornelissen. “The selection process was much more difficult than we thought, with a high level of entries being submitted. We want to thank everyone who entered the competition to help us write conservation history,” he said.

Construction on Ocean Warrior, which is scheduled for completion in September, has been made possible thanks to the generosity of the Dutch Postcode Lottery, the People's Postcode Lottery in the United Kingdom and the Svenska PostkodLotteriet in Sweden, who together granted €8.3 million to Sea Shepherd for the project.

While Sea Shepherd remains tight-lipped about exactly what the Ocean Warrior’s first at-sea mission will be, the organisation has assured its supporters the ship will be put to immediate use to defend, conserve and protect oceans and precious marine wildlife.

“Thanks to the Dutch Postcode Lottery, the People's Postcode Lottery and the Svenska PostkodLotteriet, the addition of the Ocean Warrior to the Sea Shepherd Fleet has made us stronger, faster, and better able to prevail on the seas. We are counting down the days until the launch of the ship, on what will inevitably be a bad day for poachers, and a great day for the oceans,” said Geert Vons, Director of Sea Shepherd Netherlands. 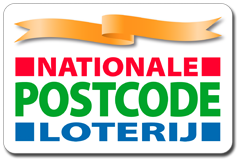 The National Postcode Lottery was founded in 1989 to support charity. Currently, 2,7 million Dutch nationals play the lottery, and each month they can win hundreds of thousand in prizes. At the same time, the participants are supporting important causes with half of all ticket sales being divided amongst 95 charities.

Novamedia/Postcode Lottery is the second largest private donor to charity in the world.

Construction continues on the Ocean Warrior, which is scheduled for launch in September. Photo: Gary Stokes