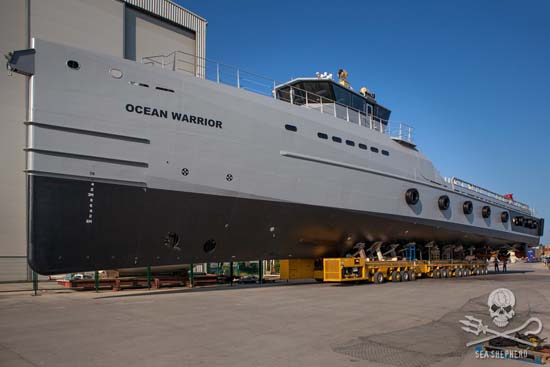 Ocean WarriorSea Shepherd Global has launched its latest weapon in the battle to protect the world’s oceans; the new patrol vessel, Ocean Warrior.

After 18 months of construction by Dutch shipbuilding company, Damen, Ocean Warrior was lowered into the waters of Antalya Harbour in Turkey last Friday.

“This is a momentous day for Sea Shepherd, and for all of our supporters, and a bad day for poachers,” said CEO of Sea Shepherd Global, Captain Alex Cornelissen. “The launch of the Ocean Warrior marks a new era for our organisation, as we now have a ship with the speed and capabilities to match the fastest poaching vessels in the world.”

Purchased thanks to the support and generosity of the Dutch Postcode Lottery, the People’s Postcode Lottery in the United Kingdom and the Svenska Postkod Stiftelsen in Sweden, Ocean Warrior is now the fifth vessel in Sea Shepherd Global’s current fleet of conservation ships, and the fifteenth in the organisation’s history.

Geert Vons, Director of Sea Shepherd Netherlands, said, “We are extremely grateful to the Dutch Postcode Lottery, the People’s Postcode Lottery and the Svenska Postkod Stiftelsen for their generosity, which has enabled us to build the Ocean Warrior. This new vessel will provide our crews with a huge advantage on the high-seas, increasing our capacity to defend precious wildlife in our oceans.”

Ocean Warrior will make its maiden voyage this September, when the ship sails to Amsterdam under the command of Captain Cornelissen. However, details about the ship’s first official anti-poaching campaign remain under-wraps.

“We can not reveal details about the Ocean Warrior’s activities beyond Amsterdam as yet. However, we are confident that our supporters will be very pleased with a campaign announcement that we have coming up in the next few months,” said Cornelissen. 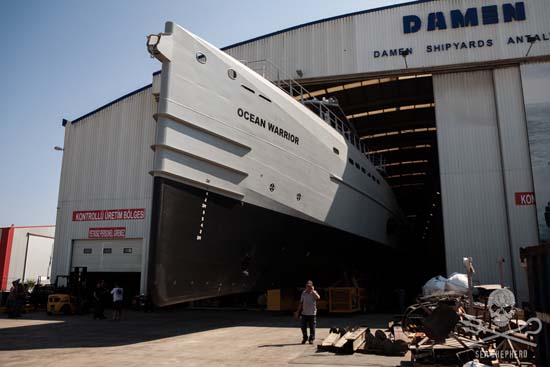 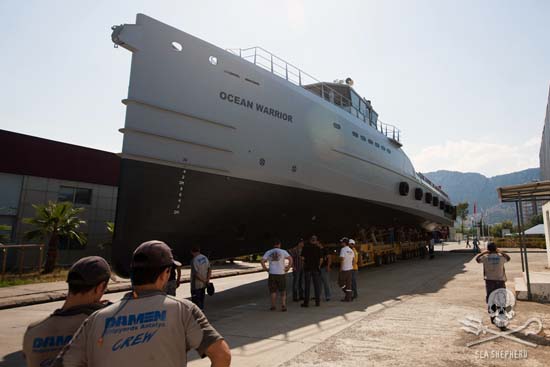 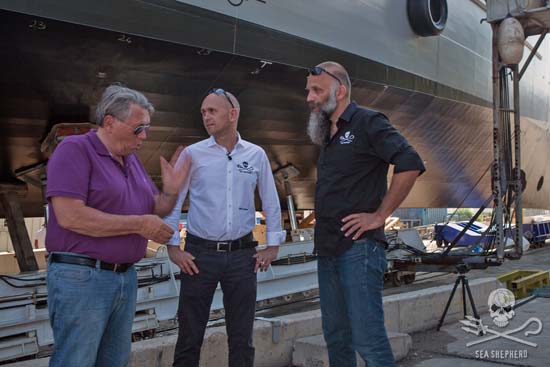 Frank Leeman, one of the founders of the Dutch Postcode Lottery, with Sea Shepherd Global CEO Alex Cornelissen, and Geert Vons, Director of Sea Shepherd Netherlands. 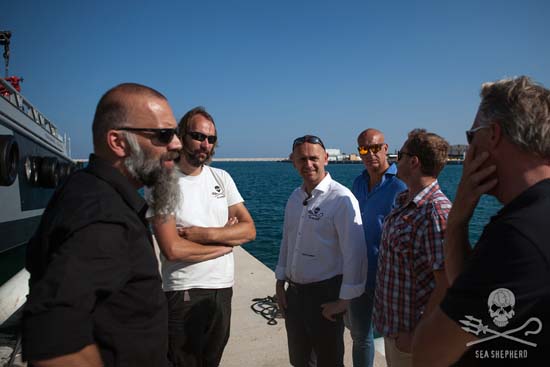 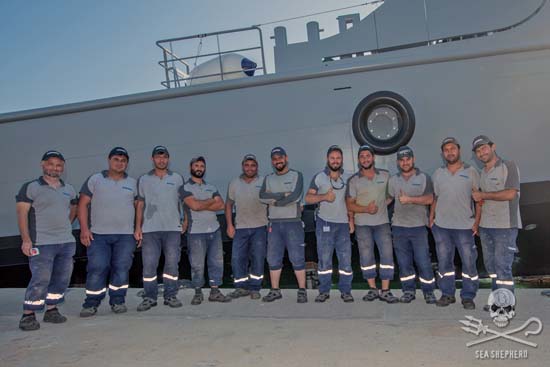 Damen crew posing proudly in front of the finished Ocean Warrior after an 18-month build. 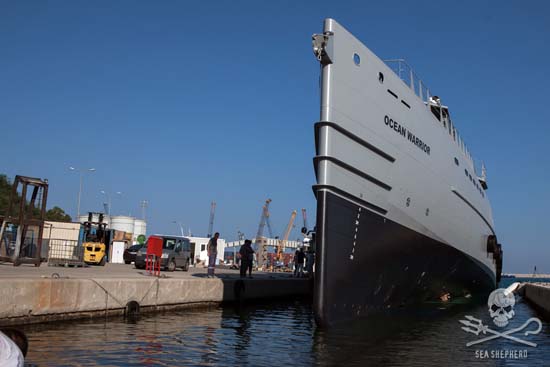