For the second time Sea Shepherd Germany will send their patrol vessel the M/V Emanuel Bronner to the Baltic Sea. With the announcement of the Perkunas Campaign, the fight for the protection of the critically endangered harbor porpoises continues. 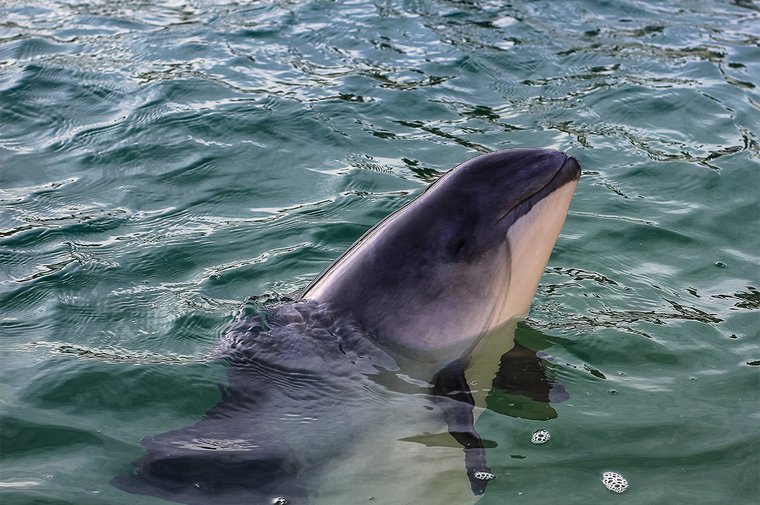 The Perkunas Campaign's mission is to protect the Baltic harbor porpoise

The campaign is named after a famous legend of the Baltic region of Jurata, the goddess of the sea, a fisherman and the thunder god Perkunas. When Jurata fell in love with a fisherman that was exploiting the Baltic Sea, Perkunas punished her to restore balance. The mortal shall not overuse the resources of the sea, in order to keep it immortal. Sea Shepherd is fighting for restoring the habitat of the harbor porpoises to prevent their approaching extinction.

Bycatch in bottom-set gillnets is the major threat for the porpoises. For over a decade scientists have been calling for a reduction of the number of bycaught animals towards zero, in order to allow recovery of the decreasing population. At only 500 animals left, the north-eastern harbor porpoise may only recover if no more than two individuals end up and drown in the deadly nets each year. Still, gillnet fishing is allowed all over the Baltic Sea.

The endangered harbor porpoises are considered to be particularly protected under EU law. Through the Habitats Directive member states are obliged to take measures to ensure this protection in so-called Special Areas of Conservation (SAC), which are selected due to the importance as a habitat for the animals. Nevertheless, those declared protection zones only exist on paper, since most of them do not even have an actual management plan. In addition to that real conservation laws can only be implemented if those SACs are converted to Marine Protected Areas (MPA).

September last year, Germany converted 3 former SACs into MPAs which now are regulated by national law. Unfortunately, commercial fishing is explicitly permitted in all of those areas. With gillnets being the most acute threat for the porpoises, it can not be accepted that they are allowed even in protected areas. Germany and other Baltic states violate the EU Habitat Directive, by not implementing sufficient protection measurements. 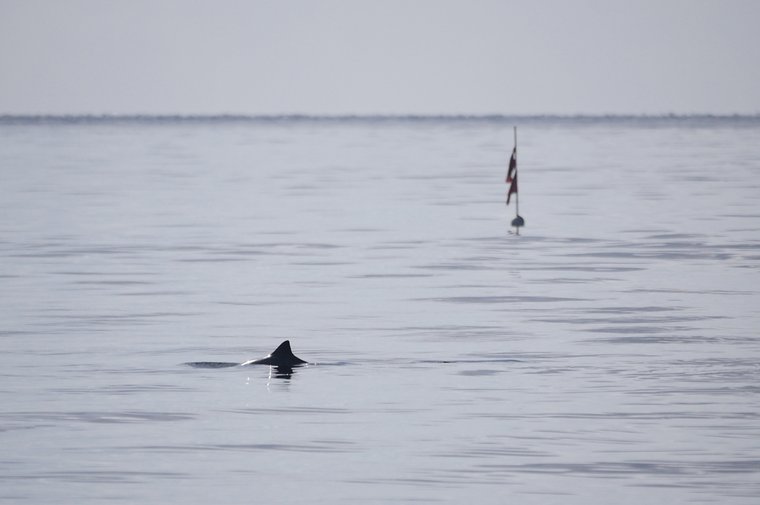 A harbor porpoise next to a deadly gillnet.

The time for the Baltic harbor porpoise is running out. When the decrease of the population continues at this rate, they will face extinction in the near future. The six Baltic states -- Germany, Denmark, Poland, Finland, Lithuania and Sweden -- all signed an agreement on the conservation of small cetaceans of the Baltic Sea. It is in their hands to establish conservation measures. We urge the governments of those states to take their responsibilities.

The M/V Emanuel Bronner will be patrolling the waters of the Baltic Sea under the direction of Sea Shepherd Germany, documenting the numerous nets in protected areas and reporting illegal nets to the local authorities.