Vows To Continue Pressure To End The Slaughter 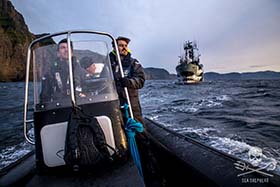 Sea Shepherd’s land crew of international volunteers, who have been on the ground in the Faroe Islands since June 16 this year, also departed from the archipelago last week.

While 490 pilot whales have been slaughtered in the Faroe Islands since June this year alone, the lives of hundreds more have been saved over the course of Operation Sleppid Grindini thanks to Sea Shepherd’s direct actions. Pods of pilot whales, white-sided dolphins, white-beaked dolphins, bottlenose dolphins, and Risso’s dolphins are among those that have been led away from the killing beaches of the archipelago and safely back out to sea by the Sea Shepherd ships.

CEO of Sea Shepherd Global, Captain Alex Cornelissen, stated, “I would like to extend a huge congratulations to all of the Sea Shepherd crews – both land and at sea – who stood-up to defend the pilot whales of the Faroe Islands on Operation Sleppid Grindini. Few know the tireless dedication that is required to make these campaigns happen. It has been an incredibly demanding three and a half months, but we have achieved great successes, for the pilot whales and for the oceans.” 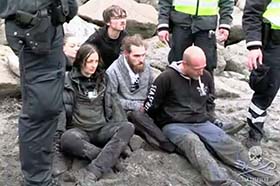 On August 24, the international crew of the Bob Barker was denied entry into the Faroe Islands by Danish authorities in an action that Sea Shepherd’s legal council has described as unlawful.

Faroese and Danish authorities have confiscated a total of four Sea Shepherd small boats, three of those during the course of Operation Sleppid Grindini.

The Farley small boat, which was detained on July 20, remains in police custody over one month after charges relating to the boat’s confiscation were dropped. The Echo small boat was confiscated in the Shetland Islands Scotland on September 1, and later extradited to the Faroe Islands by the Danish Navy ship, HDMS Knud Rasmussen, despite the fact that a warrant to block the extradition had been issued by the High Court of Judiciary in Scotland.

However, Sea Shepherd has risen above these challenges, and in doing so has garnered unprecedented levels of international attention for the plight of the pilot whales and other dolphins in the Faroe Islands. As well, Sea Shepherd has ensured that the government of Denmark is held to account for its continued complicity in the atrocities of the grindadráp. 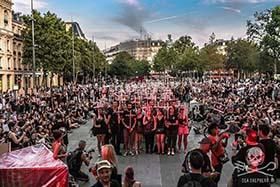 Hundreds line the streets of Paris, France, to stand-up against the grindadrápOn July 23, over 250 pilot whales were slaughtered in the archipelago with the assistance of the Danish navy and police, and the backing of the Danish government. International outcry followed as media outlets around the world relayed graphic video and photographic evidence of the horrors, captured by Sea Shepherd crews on the ground. Demonstrations were held in Australia, Belgium, Canada, Chile, Italy, Luxembourg, Germany, France, Spain, and in the United States, as people took to the streets to stand-up against the grindadráp.

In early August, two major German cruise-liner companies, AIDA and Hapag-Lloyd, announced that they had cancelled tours to the Faroe Islands in response to the on-going slaughters.

On August 19, the Scottish town of Wick severed its 20 year long twin-town relationship with the Faroese city of Klaksvík, and said that it would not look to re-instate official relationships until the "disgusting" slaughter of whales in the archipelago is banned.

Political representatives from the United Kingdom, Italy and Luxembourg have all publicly announced their distain for the on-going practice of the grindadráp, which the Danish government actively supports in defiance of the sentiments of its European Union obligations and international legal responsibilities.

Sea Shepherd Land Team Leader, Rosie Kunneke, stated, “We mourn for all of those pilot whales and other dolphins who have lost their lives to the brutality of the grindadráp. However, thanks to the efforts of Sea Shepherd, these beautiful creatures have not died in vain. What’s more, hundreds of other pilot whales and dolphins are still alive today because of the Sea Shepherd crews, and this is something that we are immensely proud of.”

Even though Operation Sleppid Grindini has officially concluded for 2015, Sea Shepherd has vowed to continue its fight against the grindadráp from afar.

“Whether it be pressure on the ground, at sea, in the media, in the courts, or in the hearts and minds of people around the world, Sea Shepherd will continue to stand-up against the horrors of the grindadráp, for all of the pilot whales who are still swimming free and need our protection,” said Captain Cornelissen.

Sea Shepherd has been leading opposition to the mass slaughter of pilot whales and other dolphins in the Faroe Islands since the 1980s. Operation Sleppid Grindini has been one of the organization’s most successful campaigns in the archipelago, led by its strongest at sea presences in the region to date. 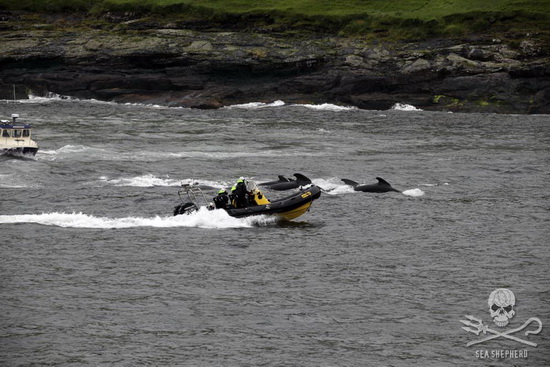 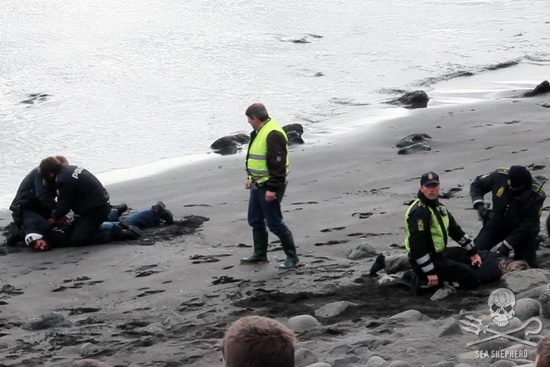 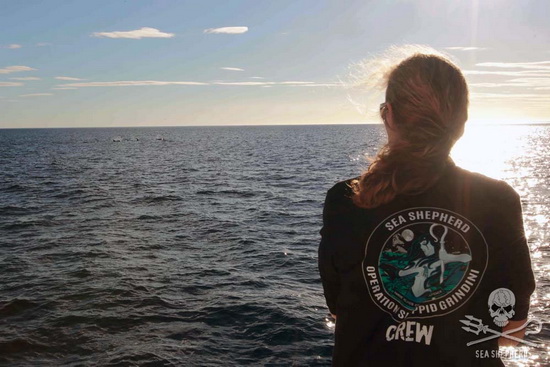 Capt. Lublink oversees as the Sea Shepherd ships lead a pod of dolphins away from
the Faroe Islands and back out to sea. Photo: Sea Shepherd 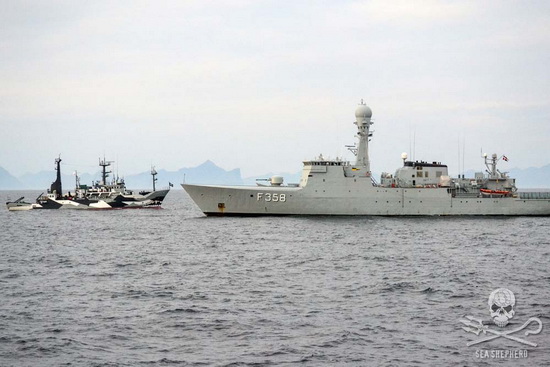 The Danish government continues to support the slaughters with Danish resources,
including navy and police. Photo: Guiga Pirá 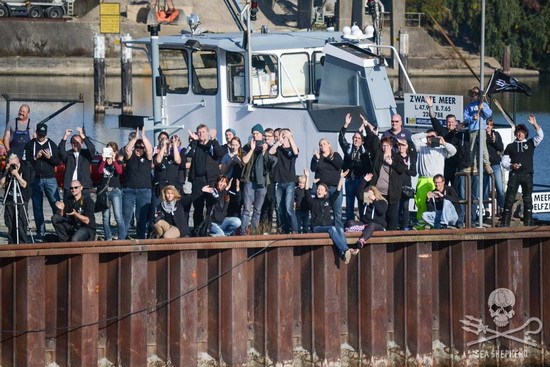 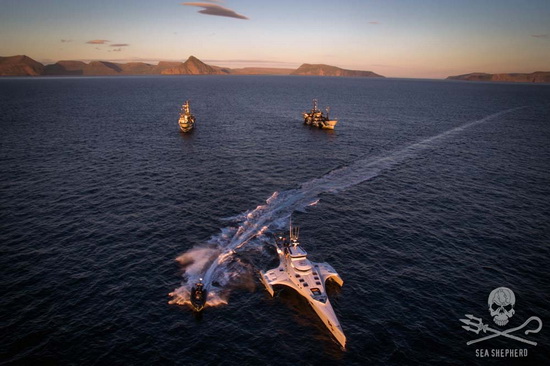