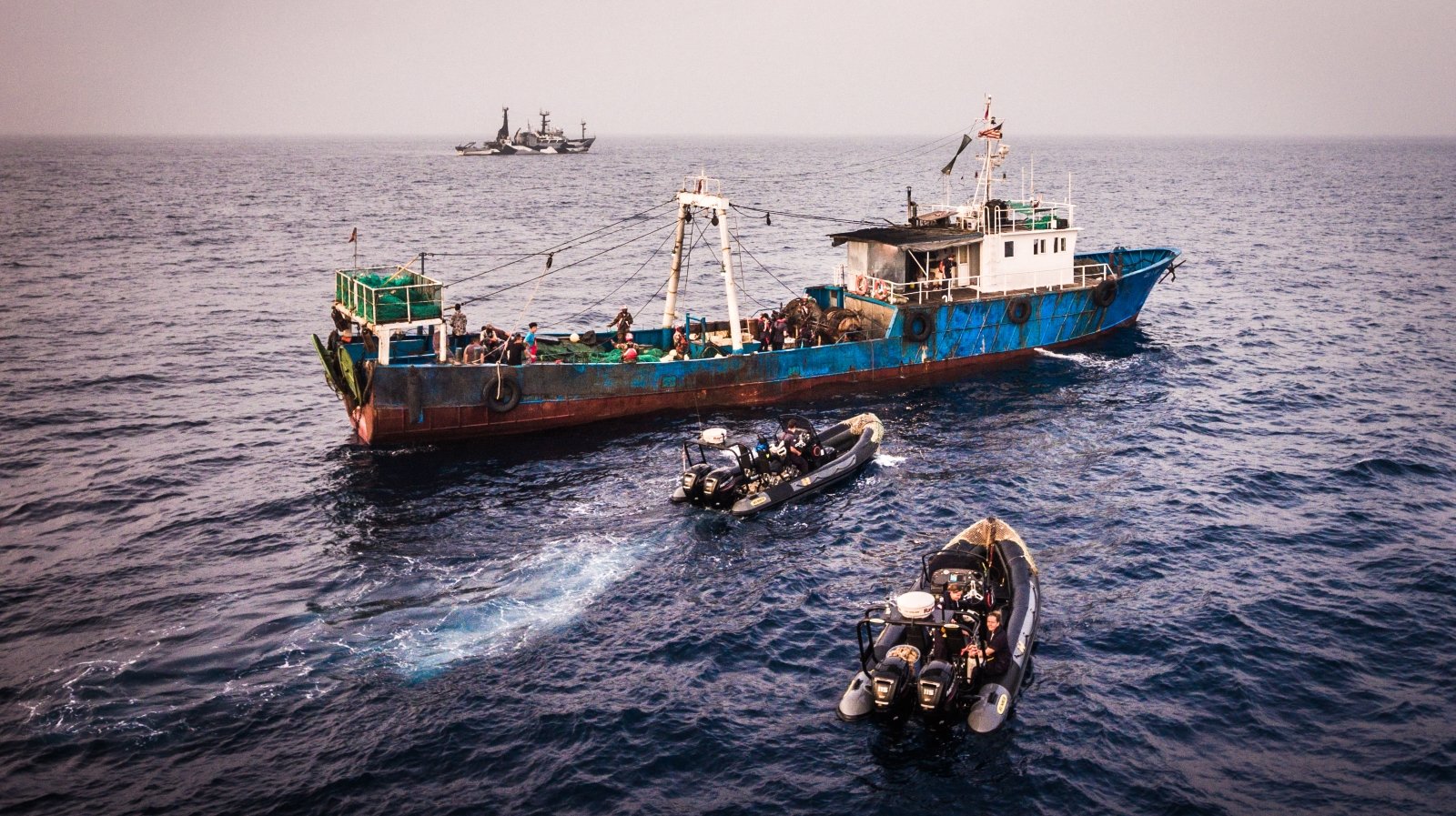 On January 2nd, the Chinese-flagged fishing vessel (F/V) Guo Ji 809 was arrested by the Liberian Coast Guard -- with the assistance of Sea Shepherd -- for illegal fishing in waters belonging to the West African state of Liberia. 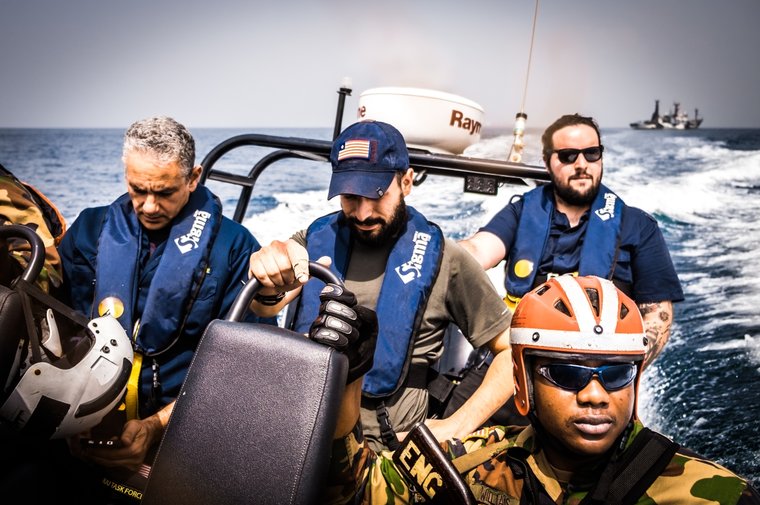 Sea Shepherd’s vessel M/Y Sam Simon detected the fishing vessel by radar as it navigated Liberian waters at a speed indicating trawling activity. A Liberian Coast Guard Boarding Team quickly mobilized on board the M/Y Sam Simon and proceeded to the target where it was discovered that the vessel had just retrieved a trawl net. On deck was wet and unsecured fishing gear, fresh and alive fish, and crew dressed in wet weather gear used for fishing.

On inspection it was determined that the vessel had been issued a Liberian fishing license but that this licensed had expired on the 31st of December 2017.  The Guo Ji 809 had continued to fish into the new year, both on the 1st and 2nd of January, allegedly against the advice of the Liberian Fisheries Observer on board, who admitted that the vessel was actively engaged in fishing.

Fishing without a Liberian fishing license is the most serious offense under the Liberian Fisheries Regulations, for which the penalty can be a fine up to one million United States dollars (USD $1,000,000). The F/V Guo Ji 809 was placed under arrest and is now detained in the port of Monrovia awaiting prosecution.

“The arrest of the Guo Ji 809 highlights the need for constant vigilance at sea. Although Operation Sola Stella has brought an end to incursions of unlicensed foreign industrial fishing vessels, we must be equally invested in controlling vessels that are, or have been, licensed to fish in Liberia”, said Honorable Minister Brownie Samukai, Minister of National Defense for Liberia.

Since February 2017, under the name Operation Sola Stella, Sea Shepherd been assisting the government of Liberia to tackle illegal, unreported and unregulated (IUU) fishing by providing the use of a civilian offshore patrol vessel operating in Liberian waters, under the direction of the Liberian Ministry of National Defense. Developing countries are particularly vulnerable to IUU fishing, which accounts for up to 40% of the fish caught in West African waters.

“Since Operation Sola Stella commenced almost one year ago, Sea Shepherd has assisted the Liberian Coast Guard to arrest eight fishing vessels involved in illegal fishing. What a tremendous start to the new year, that yet another poacher has been brought to justice thanks to the incredible partnership between Sea Shepherd and the Ministry of National Defense in Liberia;”

In 2016 Sea Shepherd partnered with the government of Gabon for Operation Albacore, resulting in over 80 fishing vessel inspections at sea and the subsequent arrest of five IUU Congolese fishing trawlers and one Spanish long-liner. Operation Sola Stella is a continuation of Sea Shepherd Global’s commitment to work actively with national governments and their law enforcement agencies in the fight against IUU fishing, as recognized through our Voluntary Commitment for the Oceans registered at the June 2017 United Nations Ocean Conference (#OceanAction17190).