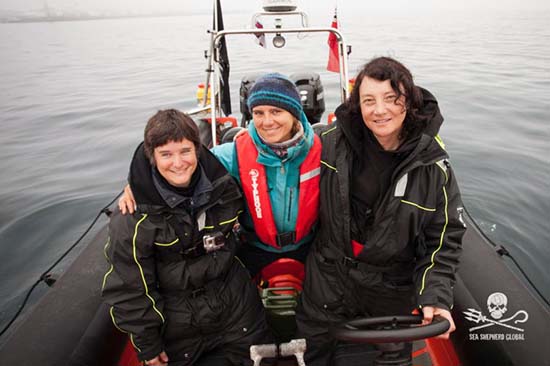 Sea Shepherd Crew of the MV Spitfire from left to right: Celine Le Diouron and Marion Selighini both from France and Captain Jessie Treverton from the UK.Friday, November 25th, the Danish court in Tórshavn, Faroe Islands found Sea Shepherd Captain Jessie Treverton of the UK guilty of breaching Faroese animal welfare laws by causing 'unnecessary suffering' to a pod of dolphins.

Each year over 800 pilot whales and other small cetaceans are regularly slaughtered in the Faroe Islands in a practice known as the grindadráp, which Sea Shepherd has actively opposed since the 1980s.

It was during one of these actions on 17th September 2014 that Captain Treverton and two other Sea Shepherd crew members from France attempted to protect a pod of over 200 protected Atlantic white-sided dolphins from the grindadráp by driving them away from one of the Faroe Islands' 23 “approved killing beaches” using their speedboat MV Spitfire. After being chased and boarded by Danish armed forces, the boat was confiscated and the three women were arrested by Faroese police.

After multiple postponements of her trial date by the Danish court in the Faroe Islands, on November 24th Captain Treverton's case was finally heard, wherin she was found guilty of causing unnecessary suffering to a pod of dolphins and ordered to pay a fine of 5500 Danish Kroner (approximately €740).

"I am very happy to accept the court's verdict that my driving a pod of dolphins to safety was against animal welfare laws, because if the law applies to me then it surely must also apply to the Faroese people," said Captain Treverton. "A legal precedent has been set, driving dolphins is against Faroese law. This is a victory for the oceans."

“This is a landmark ruling”, said Geert Vons, campaign leader for Sea Shepherd's operations against the grindadráp. “Jessie’s guilty verdict sets a precedent that the process of manoeuvring a small boat with view to ‘herd’ dolphins is considered a breach of the Faroese animal welfare law. This is exactly what the Faroese boats do when they herd pods of pilot whales onto the killing beaches to be slaughtered.”

The 6-hour hearing on Thursday also included the testimony of Sea Shepherd UK's Chief Operations Officer Rob Read challenging the seizure and confiscation of the MV Spitfire. The Faroese prosecutor attempted to argue in court that the boat should not be returned, or only the Spitfire's hull should be returned without the two 200hp engines. However, the Danish judge ruled that the MV Spitfire be given back intact.

“After over two years of being denied use of MV Spitfire, Sea Shepherd UK has successfully challenged the Faroese prosecutor’s decision to seize the boat," said Rob Read."Only when comprehensive checks on the condition of the boat and engines have been completed in the Faroe Islands will the Spitfire return to the UK.”

In expectation of this ruling, Captain Treverton has provided police with a significant amount of video evidence to open an investigation into multiple breaches of Faroese animal welfare laws by Faroes participants in the 2016 grindadráp. 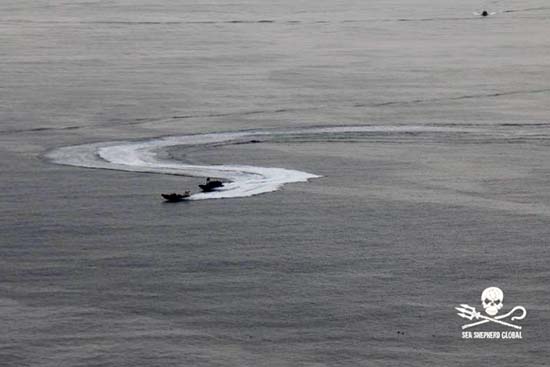 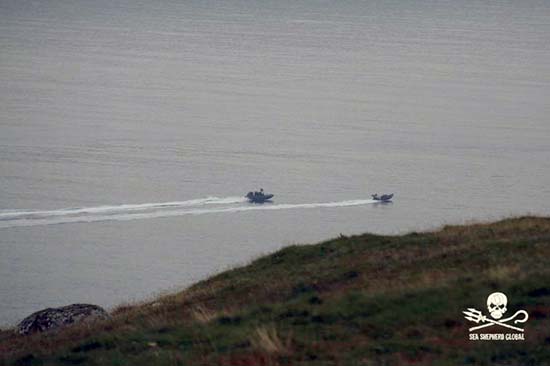 Royal Danish Navy chases and arrests the MV Spitfire,
for protecting dolphins by herding them back out to sea.