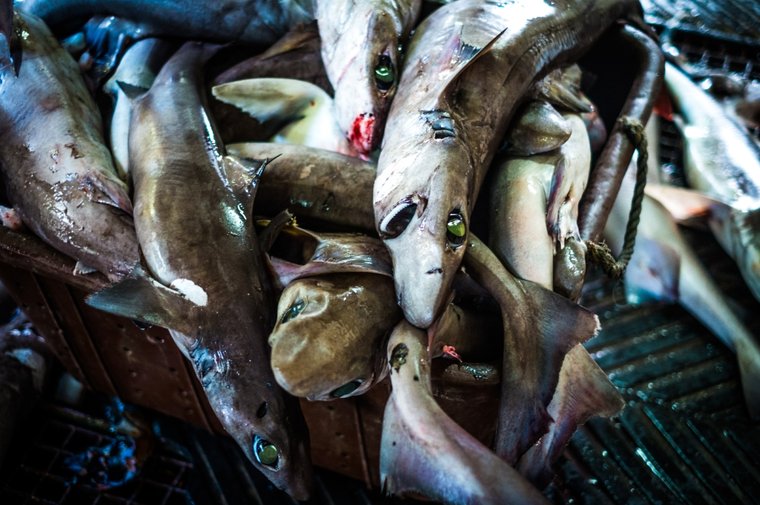 In a joint operation in partnership with the Liberian Ministry of National Defense to tackle illegal, unreported and unregulated (IUU) fishing in the Republic of Liberia, West Africa, Sea Shepherd has assisted the Liberian Coast Guard in the arrest of a notorious fishing vessel that is on three different international blacklists. Scroll down to the bottom to watch the arrest video.

The F/V Labiko 2, a 54-meter fishing vessel provisionally registered to Liberia, was boarded by the Liberian Coast Guard with the assistance of the Sea Shepherd vessel M/Y Sam Simon on November 15th when it was intercepted actively deploying non-authorized fishing gear in Liberian waters. While the F/V Labiko 2 was licensed in Liberia to use longline fishing gear, they were deploying gillnets, which are a more destructive fishing practice given the high amount of by-catch, or non-target species catch associated with that fishing method.

Using non-authorized fishing gear is considered “illegal fishing” and is one of the most serious offenses under the Liberian Fisheries Regulations. On inspection, not a single longline was found on board the vessel.

The F/V Labiko 2 had been only recently issued with a Domestic Provisional Certificate of Registry by Liberian authorities. The fishing vessel was previously flagged to the Republic of Guinea and the last known beneficial owner was linked to Galicia, a region of Spain where many infamous IUU fishing vessel owners have operated from. 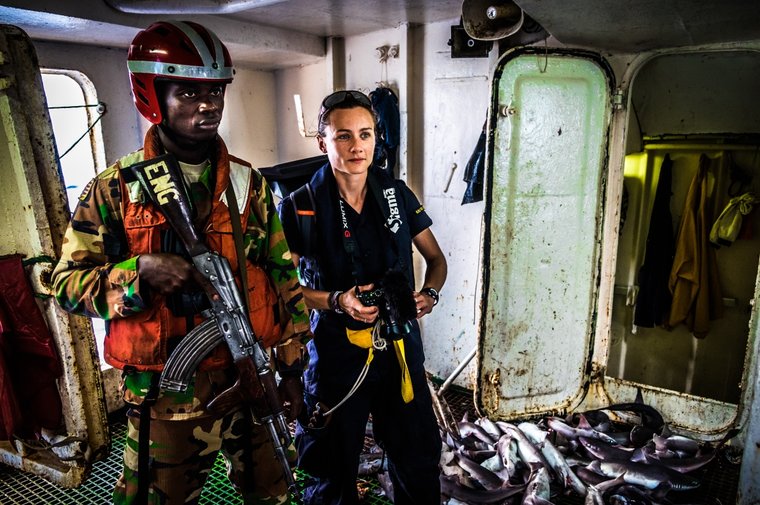 “The F/V Maine is a vessel known to Sea Shepherd, a vessel of great interest to the three RFMOs that have blacklisted it, and one that has not been seen since the Republic of Guinea stripped the vessel of its registry. It has now attempted to bring its criminal activities to Liberia, hoping to slip under the radar by using a new identity, a ruse that did not escape the watchful eye of the Liberian Coast Guard.”, said Sea Shepherd Director of Campaigns Peter Hammarstedt.

“Using illegal fishing gear in Liberian waters is a criminal offense that demands strong legal action. Liberia is not open for business to unscrupulous operators that have a history of violating the laws of other countries and who do not respect international fisheries regulations. Any attempt to similarly break the laws of Liberia will not escape the vigilance of the Liberian Coast Guard, and perpetrators will face justice in Liberia”, said Minister Brownie Samukai, Liberia’s Minister of National Defense.

Since September 17, the marine conservation organization Sea Shepherd has been patrolling the waters of the Republic of Liberia in West Africa in an operation under the coordination of the Honorable Minister Brownie Samukai.  Sea Shepherd’s vessel the MY Sam Simon is patrolling Liberia’s coastline with 19 crew under Captain Bart Schulting, ten Liberian Coast Guard sailors with the authority to board, inspect and arrest ships suspected of violating Liberian law, and two Israeli maritime advisors and conservationists providing training assistance.

Named Operation Sola Stella, the campaign has resulted in the arrest of six IUU fishing vessels earlier this year, including a Nigerian-shrimping trawler certified to export “sustainably-caught” shrimp into the European Union and a refrigerated cargo vessel committing identity fraud and planning to offload 460 tons of undocumented fish cargo in the Port of Monrovia.

Developing countries are particularly vulnerable to IUU fishing, which accounts for up to 40% of the fish caught in West African waters. Operation Sola Stella will help Liberia crack down on unlicensed foreign industrial vessels operating in its waters and protect the six nautical miles closest to shore reserved for subsistence, artisanal and semi-artisanal fishing, which employs at least 33,000 Liberians.

In 2016 Sea Shepherd partnered with the government of Gabon for Operation Albacore, resulting in over 80 fishing vessel inspections at sea and the subsequent arrest of five IUU Congolese fishing trawlers and one Spanish long-liner. Operation Sola Stella is a continuation of Sea Shepherd Global’s commitment to work with national governments to help end IUU fishing.