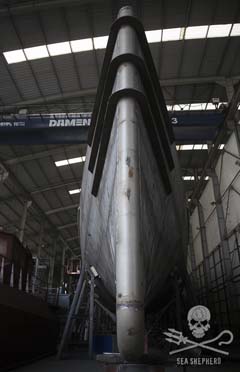 “We were thrilled to have witnessed the aluminium superstructure being placed on top of the steel hull. This was the last of a series of separately constructed large sections that are being assembled. A very visual moment in the construction period of this vessel,” said Vons.

Made possible thanks to the generosity and support of the Dutch Postcode Lottery, the People’s Postcode Lottery in the United Kingdom and the Svenska Postkod Stiftelsen in Sweden, the new ship is scheduled for completion in September this year.

“A year ago we had a 33 page proposal. With the landmark moment of the superstructure being added we now have an impressive looking ship. With the iconic bow and massive aft deck area that will be capable of handling helicopter operations, small boats and a multitude of other uses, this custom built vessel will be the most versatile in our fleet," said Stokes.

CEO of Sea Shepherd Global, Captain Alex Cornelissen, said, “With production well on track for the vessel’s launch in September, we’re looking forward to getting the ship out of the yard and into the water, ready to protect the world’s oceans.”

We are currently running a competition to name our New Patrol Vessel. Full competition details can be found here: https://www.seashepherdglobal.org/special-events/name-the-ship-competition.html

Competition closes on March 1, 2016, so hurry and get your entries in. 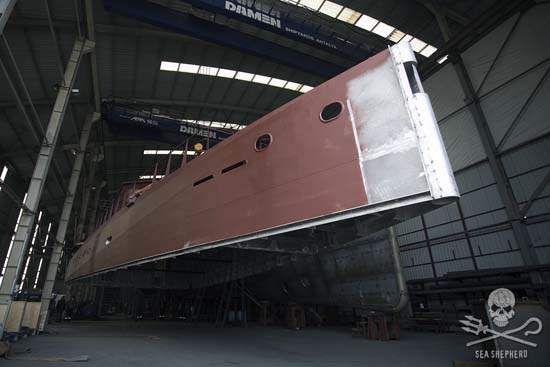 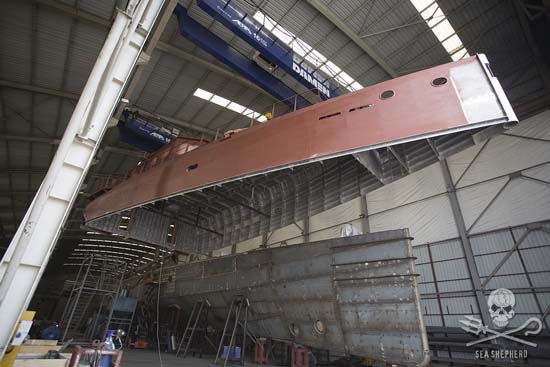 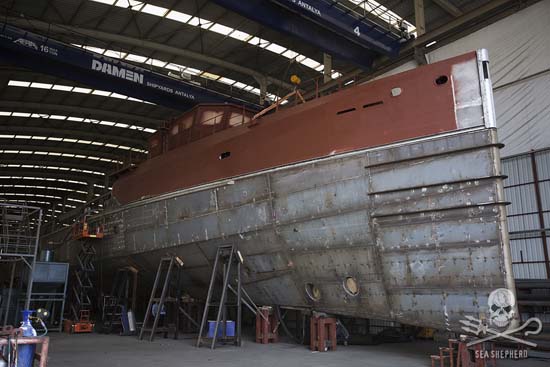