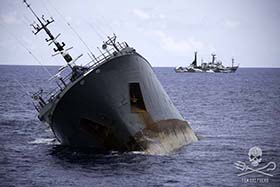 The Sea Shepherd ships Bob Barker and Sam Simon are in the process of rescuing the entire crew of 40, including the captain, officers, and deck crew, who were all able to disembark to liferafts from the Thunder before it sank.

Captain of the Bob Barker, Peter Hammarstedt, said, “When my Chief Engineer boarded the Thunder in the hours leading up to the sinking, he was able to confirm that there were clear signs that the vessel was intentionally scuttled. Usually when a vessel is sinking, the captain will close all hatches so as to maintain buoyancy. However, on the Thunder, the reverse was done - doors and hatches were tied open and the fishhold was opened. It is an incredibly suspicious situation, to say the least.”

Sea Shepherd has been able to confirm that, at this time, there have been no reported injuries.

The crew of the Thunder have been supplied with food and water, and will now be received by the Sam Simon.

Captain of the Sam Simon, Sid Chakravarty, said, “With the safety of my own crew also in mind, we will now take every precaution to ensure that the crew of the Thunder is retrieved from the lifeboats safely.”

The Thunder is the most notorious of six vessels – which Sea Shepherd calls the “Bandit 6” - that are know to engage in Illegal, Unregulated, Unreported (IUU) fishing of vulnerable toothfish in the Southern Ocean.

The Bob Barker has been engaged in a four-month, record-breaking pursuit of the vessel, which has gone from the Southern, to the Indian and the Atlantic Oceans.

On December 25 2014, the Sam Simon commenced retrieval operations to remove the illegal fishing gear abandoned by the Thunder when it first fled from the Bob Barker. More than 72 kilometres of illegal gillnet was recovered over a three week period and over 1,400 fish, weighing a total of 45,000 kilograms, were returned to the ocean.

On February 25 2015, the Sam Simon handed over the confiscated fishing gear as evidence of the Thunder's illegal fishing activity to authorities in Mauritius.

In March, another two of the Bandit 6, the Viking and Kunlun, were detained by authorities in South East Asia. The captains of both vessels were arrested for fisheries related crimes. 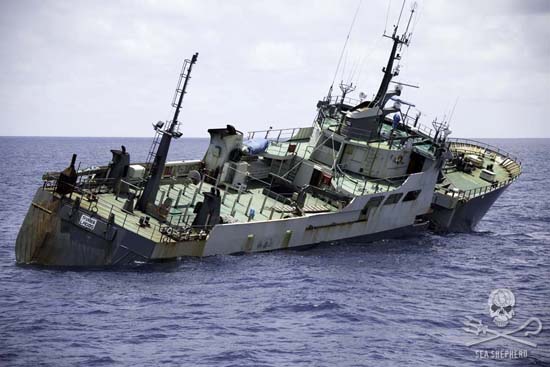 The Thunder lists dramatically to the starboard side as it takes on water. Photo: Simon Ager 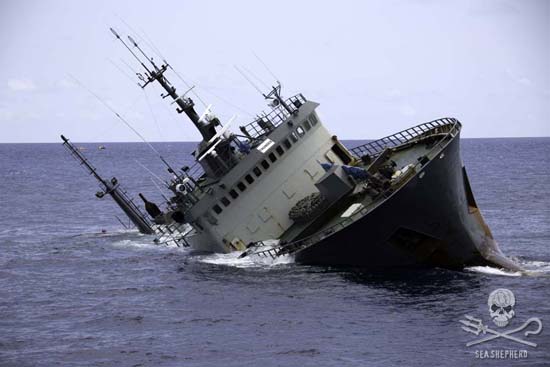 The Thunder continues to take on water. Photo: Simon Ager 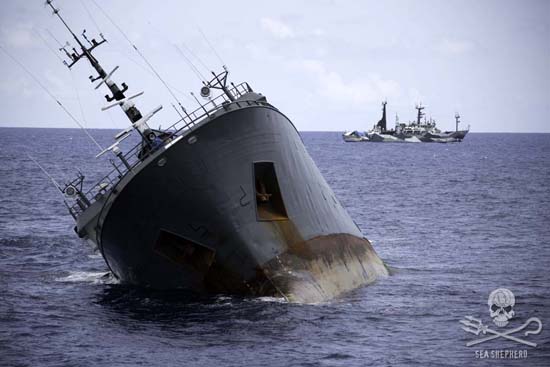 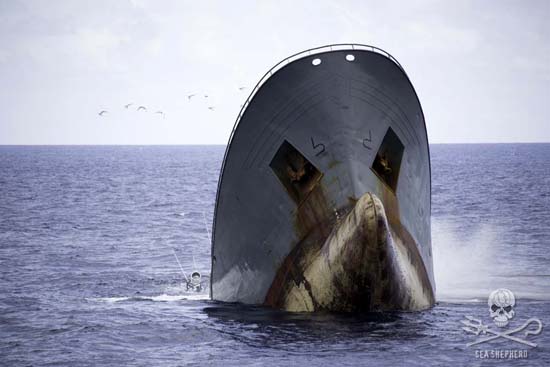 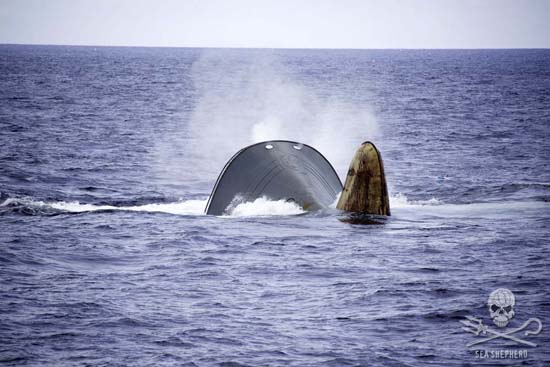 The last image of the Thunder before it is completely submerged. Photo: Simon Ager 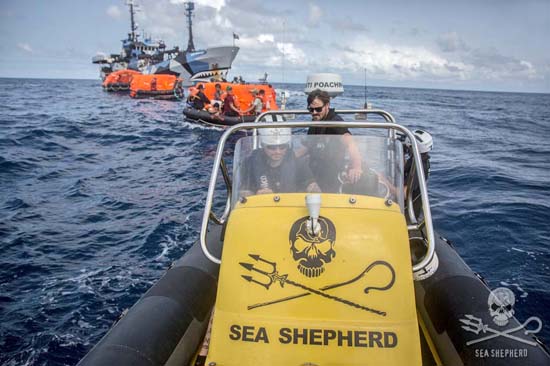 The Sea Shepherd small boat tow a convoy of liferafts back to the safety of the Sam Simon. Photo: Jeff Wirth