Not a single seal died in fishnets during the campaign. Photo: Sea Shepherd

The Saimaa ringed seal is on the brink of extinction with experts predicting that the species will be completely wiped-out within a few decades. Current estimates suggest there are as little as 320 individuals left.

One of the biggest threats to the critically endangered Seal is illegal fishnets and fish traps. 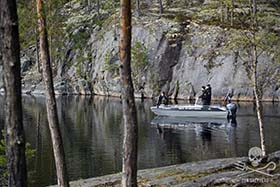 Sea Shepherd crew operated in the Saimaa area with one aluminium motor boat equipped with sonar, chart plotter and an underwater camera. Photo: Sea ShepherdNet fishing is outlawed in Finnish nature reserves during spring and the use of fish traps is regulated in order to minimize the potential harm they pose to the Seal. However, despite the efforts of the few dedicated inspectors, current regulations are poorly enforced and, as such, offer little in the way of protection.

The daily goal of Sea Shepherd volunteers was to patrol, and in doing so cover as much area as possible to make sure there were no fishnets in the given area.

The whole operation covered 4521 kilometers (2441.14 nautical miles) in total – a distance from Helsinki to Pakistan or from Amsterdam to the North Pole.

Engagement with the community

Sea Shepherd Finland’s presence at the lake activated the locals to take a bigger role in the inspection and enforcement of their own waters. The authorities had to arrange extra training days to accommodate all willing fisheries inspector candidates. According to the Chief Inspector, this was unheard of and was completely due to Sea Shepherd Finland’s actions. At least a dozen new inspectors were trained. 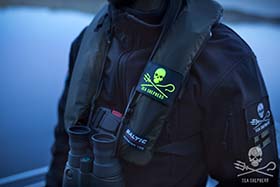 Sea Shepherd volunteers patrolled daily, on watch for potential threats to the Saimaa ringed seal.
Photo: Sea ShepherdOver the course of the campaign, Sea Shepherd volunteers found ten illegal nets and documented and reported a little over 400 different fish traps, of which 199 were considered illegal. This increased the amount of findings significantly compared to the previous year when 392 traps and 4 nets were discovered.

One fisherman was caught red-handed by Sea Shepherd Finland volunteers, who immediately informed the Chief Inspector and the police.

Sea Shepherd volunteers encountered around between ten and 20 seals during the campaign. All sightings were documented for the University of Eastern Finland. Many of the encountered seals had not been identified or photographed before. All encounters were reported to government officials as well as to the research scientists.

Executive Director of the Federation of Finnish Fisheries Associations publicly praised the efforts of Operation Saimaa Seal as being beneficial for the seal.

We are happy to report that not a single seal died in fishnets during the campaign. 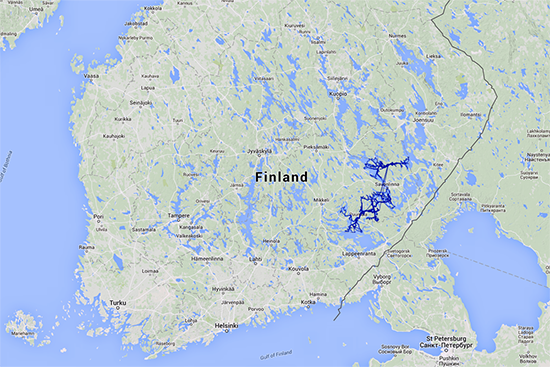