Sea Shepherd Iceland in partnership with Sea Shepherd U.K. and Sea Shepherd France are sending the Brigitte Bardot to Iceland this summer to document the illegal and barbaric operations of Kristján Loftsson and his two pirate whaling ships ‘Hvalur 8’ and ‘Hvalur 9’.

This summer the Brigitte Bardot will patrol alongside the whaling ships to document, live-stream video, and film using drones, 24 hours per day, the atrocities of the harpoon vessels, as they hunt for Fin whales, miles off the West coast of Iceland.

Armed with cameras and drones, the crew of the Brigitte Bardot will focus international attention on Loftsson’s illicit operations by live streaming his activities.

The killing of whales by Iceland’s Kristján Loftsson will no longer continue out of sight and out of mind.

Sea Shepherd believes that the camera is our most powerful weapon. The world and the people of Iceland will see the horrific brutality of Kristján Loftsson’s whale killing and hear the pitiful and agonizing screams of endangered Fin whales as their bodies are viciously shattered by explosive harpoons.

One man is responsible for this death and cruelty.

To make a donation to our campaigns to end whaling visit:
https://donorbox.org/sea-shepherd-uk-whale-dolphin-campaigns

An Endangered Fin whale is dragged up the slipway at the whaling station at Miðsandur on the North side of Hvalfjörður, Iceland. Photo: Sea Shepherd UK 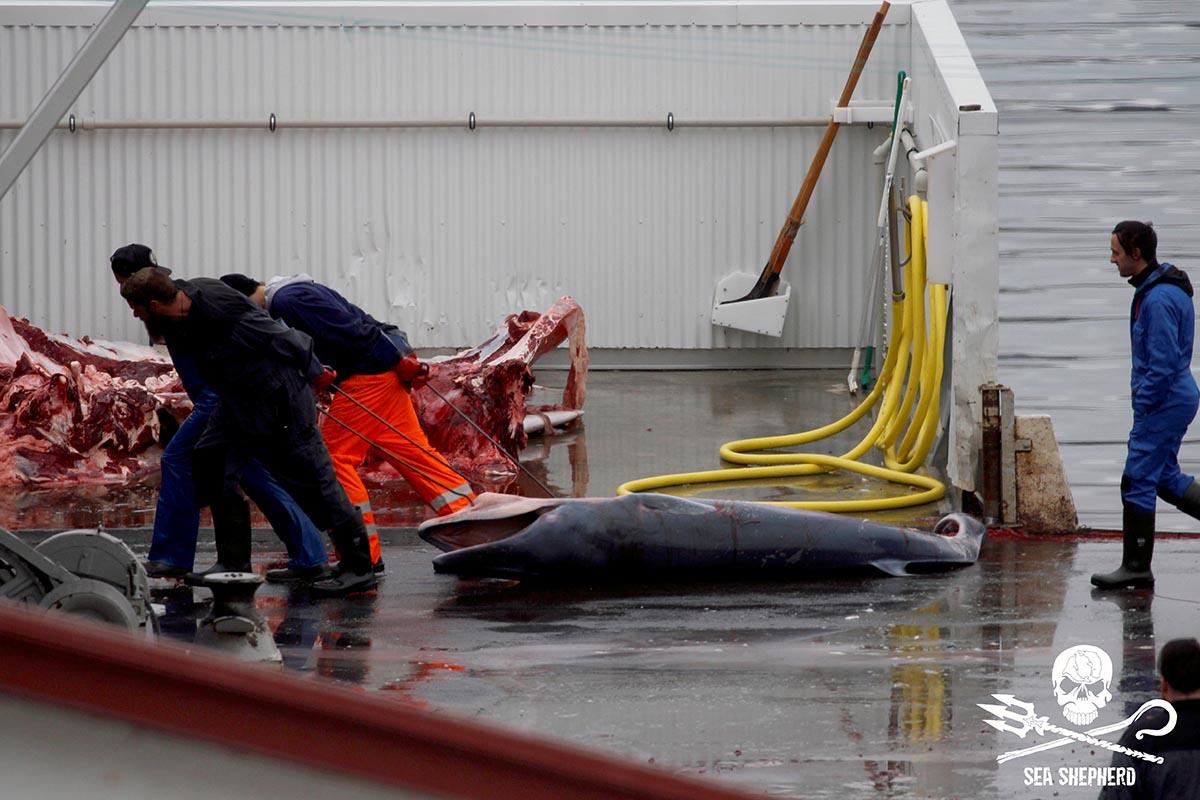 The Icelandic whaling company ‘Hvalur hf’ operates a large shore based whaling station at Miðsandur on the North side of Hvalfjörður and two old Norwegian built whaling ships, Hvalur 8 (built in 1948) and Hvalur 9 (built in 1952).

In 2018 Sea Shepherd UK launched Operation Mjolnir - the most comprehensive land based campaign to document and expose Icelandic whaling. For more information, images and video from the campaign visit: https://www.seashepherd.org.uk/campaigns/operation-mjolnir/