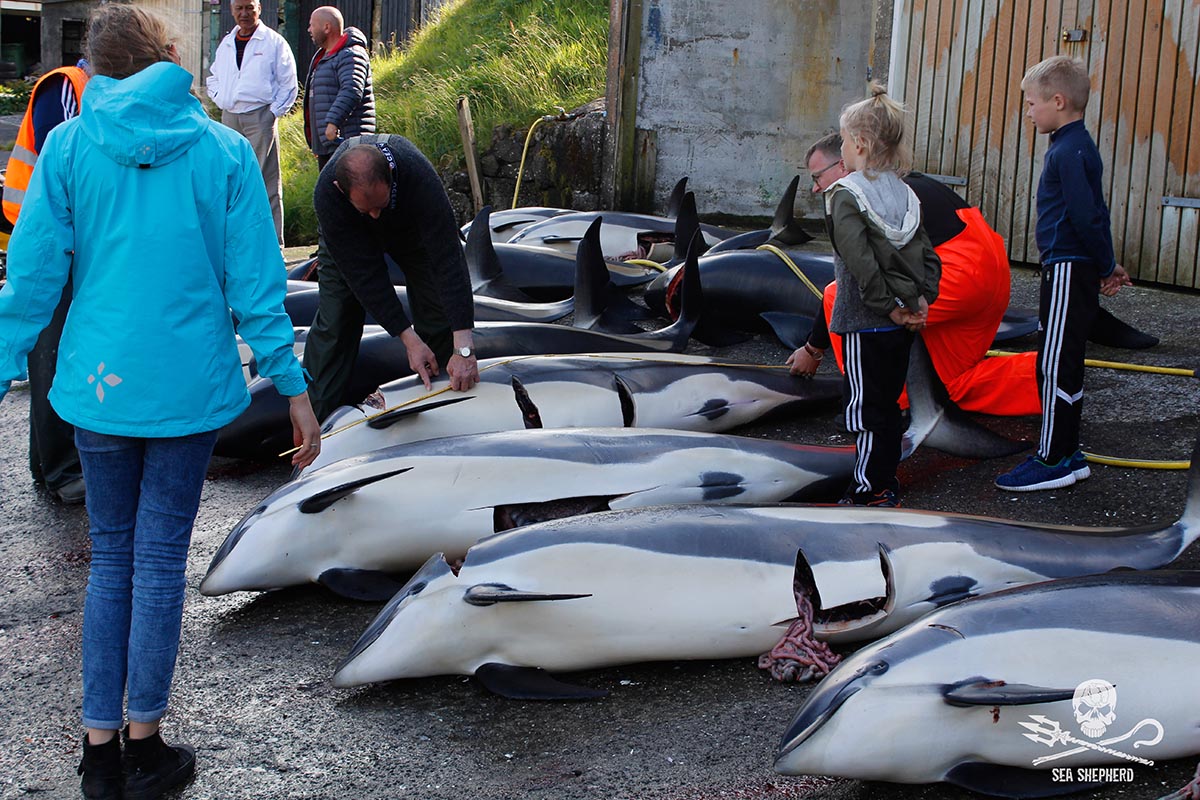 Sea Shepherd can now reveal that as part of our ongoing Operation Bloody Fjords we coordinated ten weeks of covert land-based patrols from July to early September this year in the Danish Faroe Islands. The patrols involved a total of 18 crew from the United Kingdom and France with the aims of exposing the continued barbaric killing of dolphins and pilot whales by the Faroese, and gaining footage and photographs to look for potential breaches in Faroese animal welfare legislation.

Centrally coordinated by Sea Shepherd UK, the crews were based in six different Faroese towns covering 19 designated whaling bays. During the ten weeks our volunteer crew who used their personal vacation time to blend in with other tourists managed to document nine separate grindadráp, which accounted for the deaths of 198 Atlantic white-sided dolphins and 436 pilot whales. Crewmembers also recorded evidence of the annual Fulmar hunt, recorded the public pilot whale butchering demonstration at Klaksvik, and -- for the first time -- the transportation of six pilot whales from a grindadráp at Hvannasund to Klaksvik and across the islands for processing and sale within the main supermarket in Torshavn.

Over the next six days we will be publishing the personal accounts and photographs submitted by six of the teams who witnessed grindadráp hunts and the butchering and sale of pilot whales and dolphins this summer.

The covert operation has shown that just a small number of crew are able to document with -- no restrictions -- the horrifying scenes at Faroese grindadráp just by blending in with other visiting tourists. Sea Shepherd fully intends to continue such covert action and encourage our volunteers to use their vacation time to travel to the Faroe Islands to help Sea Shepherd expose the barbaric grindadráp and especially the hunting of other species such as the Atlantic white-sided dolphins, which is rarely if ever mentioned by the Faroese government or reported in the Faroese press.

2017 has proved to be one of the worst years for the grindadrap since the mid 1990's with 1203 pilot whales and 488 dolphins killed during 24 individual hunts in the Danish Faroe Islands so far. 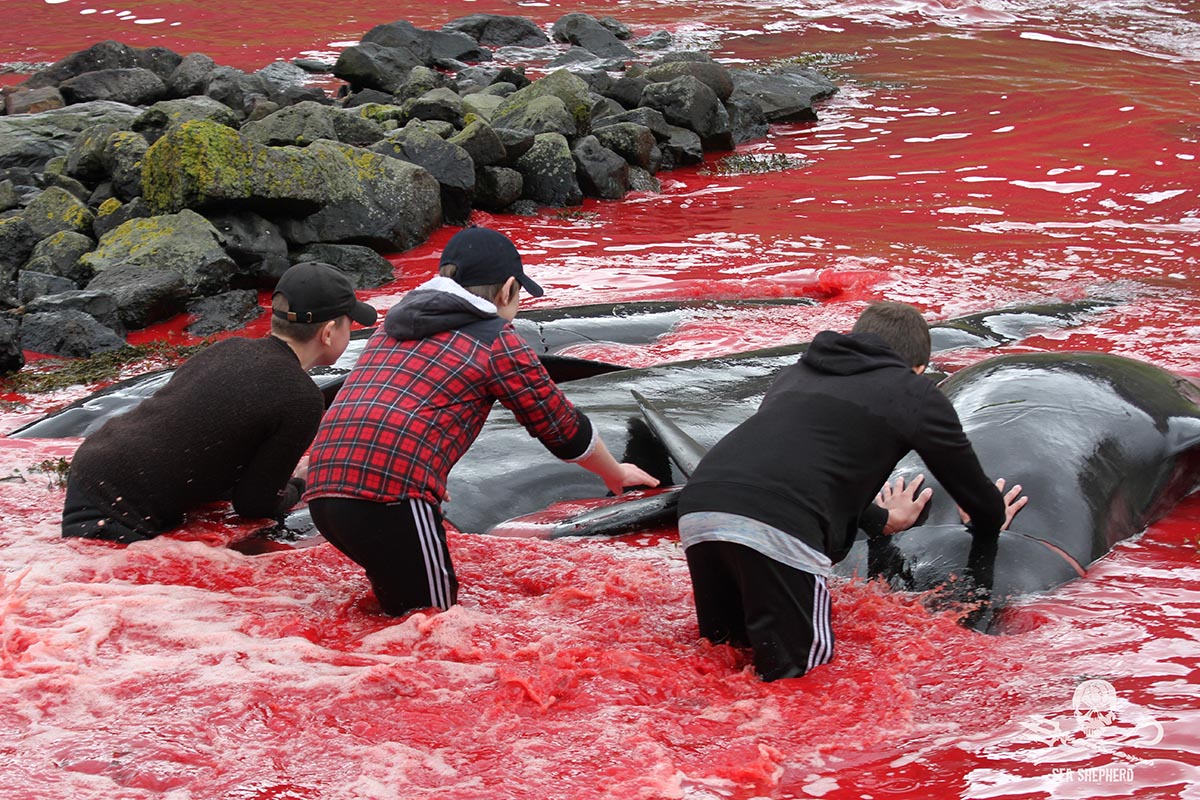 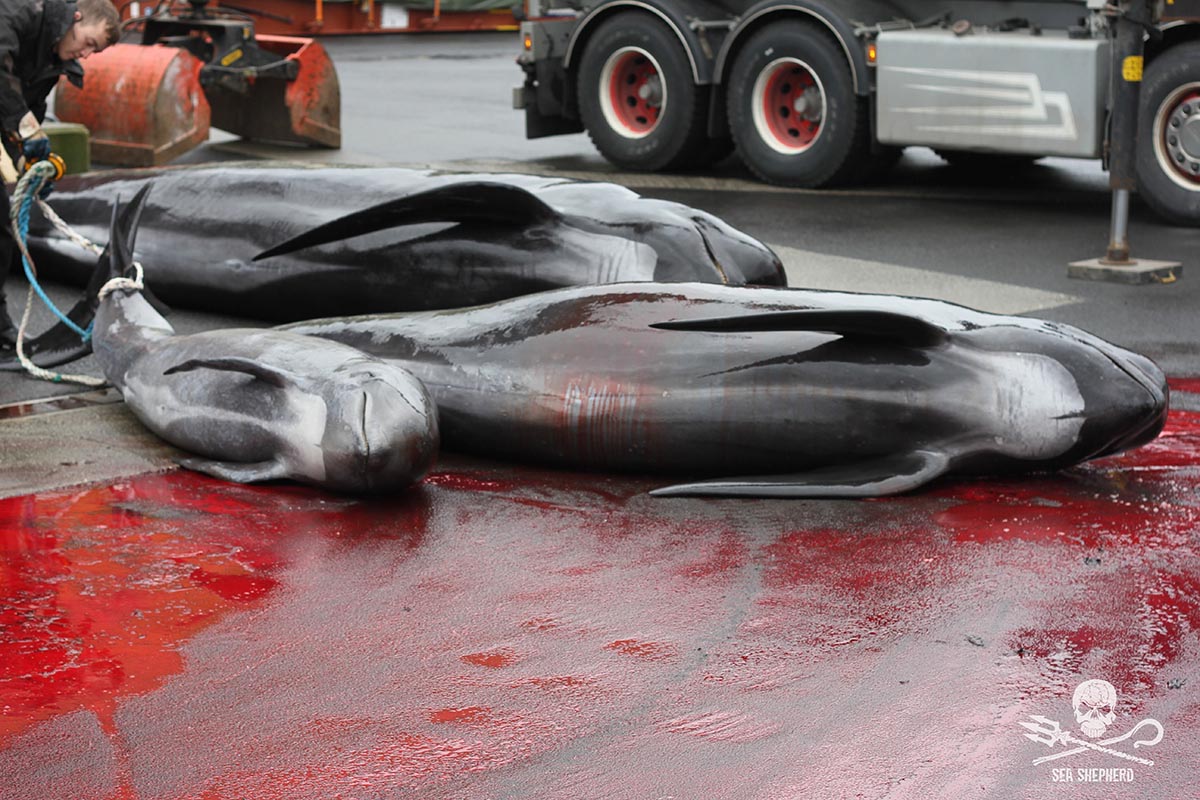 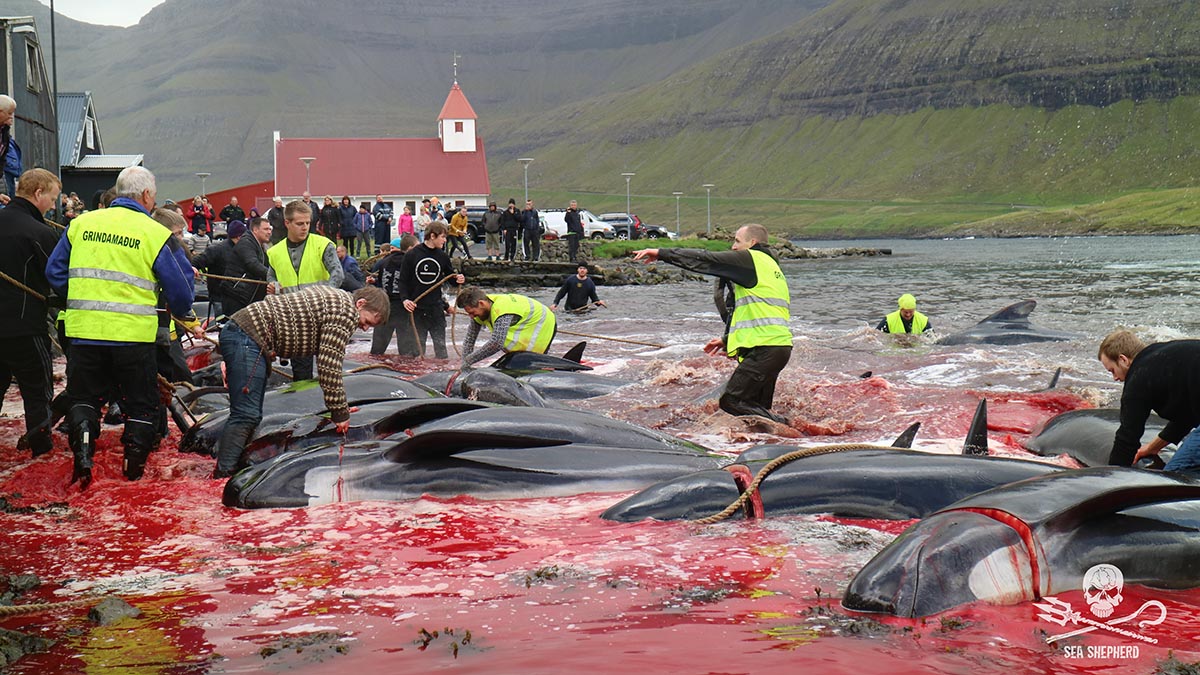