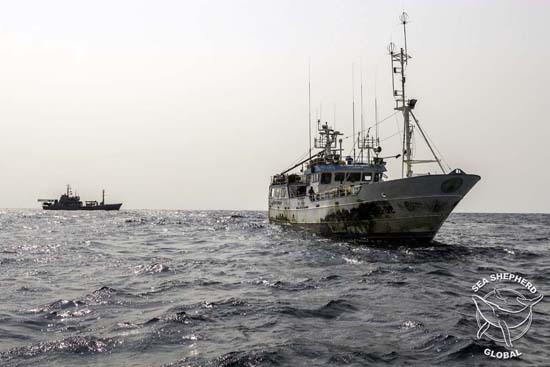 Although the long-liner was licensed to fish for 'tuna and similar species' inspections revealed that their fish holds were filled with sharks, predominately blue sharks that are classified as 'near-threatened' by the IUCN. Many of the shark's fins had already been detached from their bodies, a suspected violation of the European Union Finning Ban (1185/2003) and its amendment (605/2013), which requires sharks to be landed with their Fins Naturally Attached (FNA).

São Toméan authorities ordered the long-liner to retrieve their fishing gear, release their catch and proceed to São Tomé for investigation. With four marines remaining on board for security, the long-liner was escorted to São Tomé by the Sea Shepherd vessel M/Y Bob Barker.

On the 7th of August, the Alemar Primero arrived in the fishing village of Neves where it will remain, pending investigations, while the M/Y Bob Barker resumes patrols.

Since April 2016, under the name Operation Albacore, Sea Shepherd has been assisting the Government of Gabon to tackle Illegal, Unreported and Unregulated (IUU) fishing by providing the use of the M/Y Bob Barker as a civilian offshore patrol vessel operating in Gabonese waters, under the direction of the Gabonese Government.

In August São Tomé and Príncipe partnered with Operation Albacore, sending two marines and one fisheries observer from São Tomé to join Sea Shepherd crew, Gabonese marines and Gabonese fisheries enforcement officers on board the M/Y Bob Barker, to further detect and deter IUU fishing in the Gulf of Guinea. 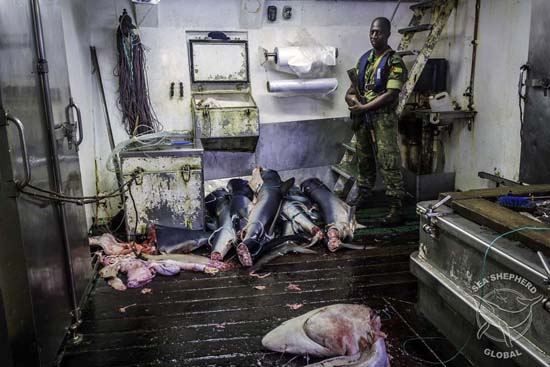 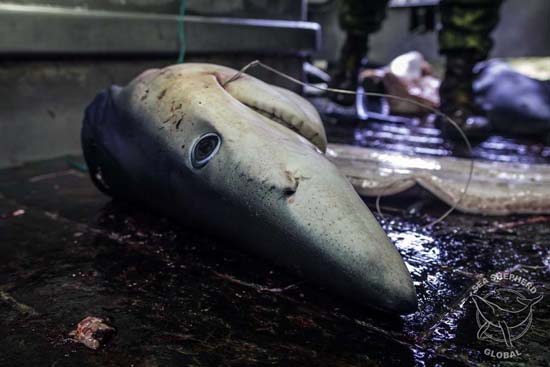 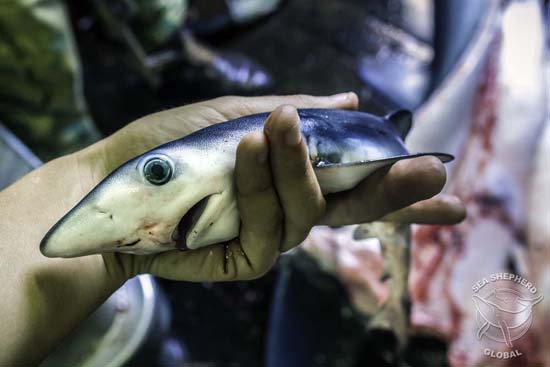 Unborn blue shark removed from one of the carcasses. Photo: Alejandra Gimeno 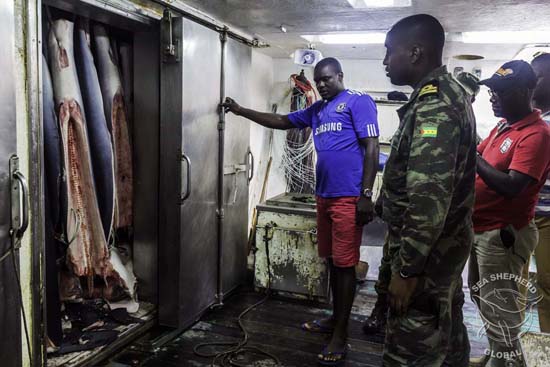 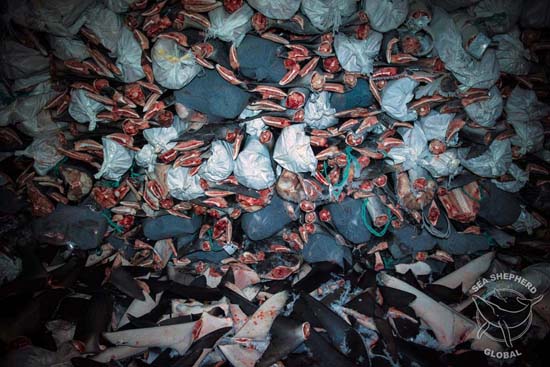 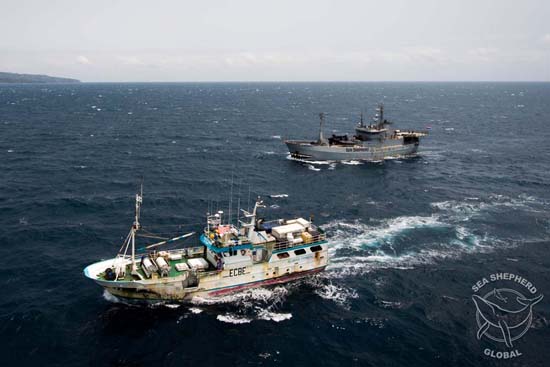