A notorious Antarctic and Patagonian toothfish poaching vessel, famous for plundering the Antarctic, was arrested on March 13th in waters belonging to the West African state of Liberia by the Liberian Coast Guard, with assistance from Sea Shepherd. 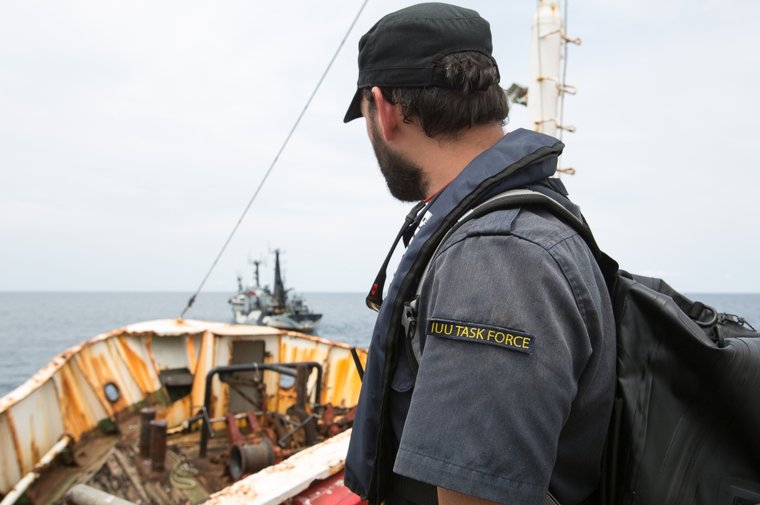 The F/V Hai Lung, known to the Commission for the Conservation of Antarctic Marine Living Resources (CCAMLR) by its previous name ‘Kily’, was transiting through Liberian waters when it was boarded and inspected by a Liberian Coast Guard team working alongside Sea Shepherd crew on board Sea Shepherd’s patrol vessel M/Y Sam Simon.

Operating under a long list of different names; including ‘Yele’, ‘Ray’, ‘Kily’, ‘Constant’, ‘Tropic’ and ‘Isla Graciosa’; the F/V Hai Lung is an infamous fishing vessel that has been blacked-listed by several regional fisheries management organizations (RFMOs) including CCAMLR, SEAFO and NEAFC.

As a result, the vessel has been denied port access in Togo and Angola, and unofficial sources state that it was detained in Nigeria for entering Nigerian waters without authorization last year.

Once on board the F/V Hai Lung, the Liberian Coast Guard Boarding Officer was presented with forged documentation alleging that the F/V Hai Lung was flagged to the Republic of Indonesia as a fishing vessel.

The Certificate of Nationality was allegedly issued on the 8th of August 2017 in Jakarta, Indonesia by a senior Ministry of Transportation official who had long since been transferred to another government position. The Indonesian Ministry of Maritime Affairs and Fisheries has no record of the vessel in their databases.

The forged Certificate of Nationality makes the F/V Hai Lung a vessel ‘without nationality’, subject to seizure anywhere, including on the High Seas.

The owner of the F/V Hai Lung is believed to be Spaniard Mr. Argibay Perez, a notorious toothfish poacher belonging to the “Galician Mafia” who has been convicted of crimes in both La Réunion (France) and Australia. In 1999, the Supreme Court of Western Australia, on fining Mr. Perez, concluded that “the applicant committed six offences that are of a serious nature and where the level of criminality was high”.

Mr. Argibay Perez is also linked to the F/V Viking, a vessel that was issued an Interpol Purple Notice in 2013 before being arrested and sunk by the Indonesian Navy in 2016.

“On board the F/V Hai Lung, the Liberian Coast Guard team uncovered a contact registry that included over a dozen infamous toothfish poachers including two of the rouge toothfish poachers known as “the Bandit Six”:  F/V Viking and the F/V Thunder, both subjects of Interpol Purple Notices before they were destroyed. The latter was a vessel that my crew and I chased for 110 days before it sank in the Gulf of Guinea in April of 2015. Since Indonesia has been a world leader in cracking down on illegal fishing, it is equal parts audacious and insulting, that the F/V Hai Lung attempted to forge Indonesian documents”, said Sea Shepherd Global Director of Campaigns Peter Hammarstedt. 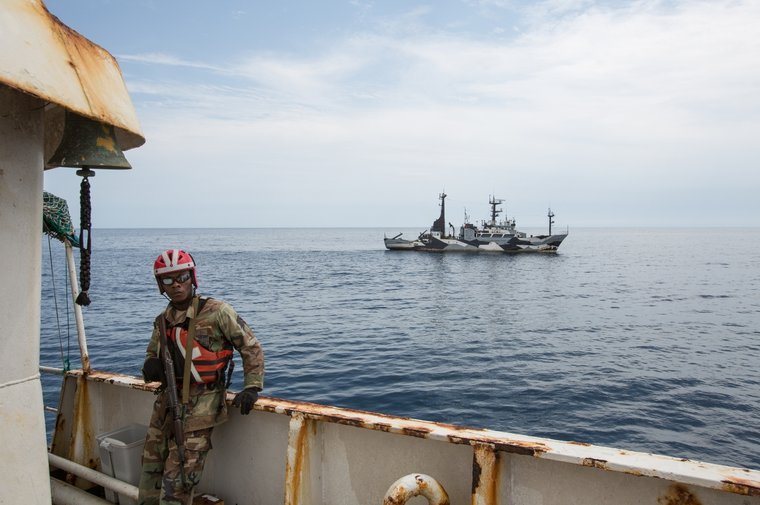 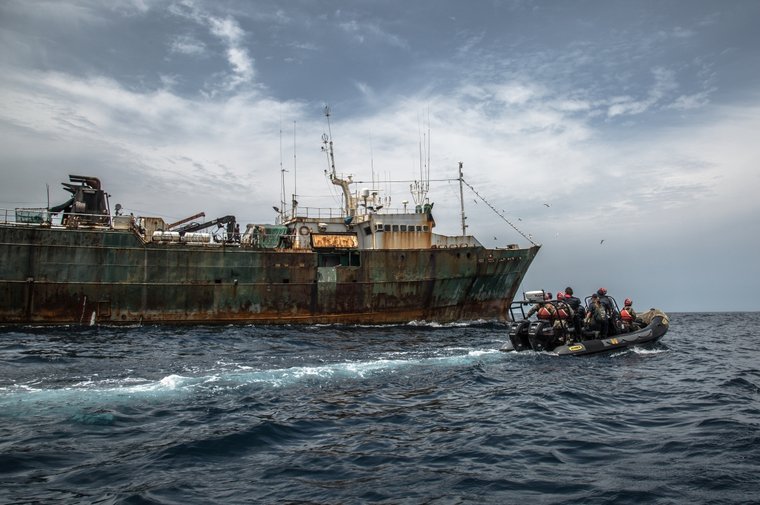 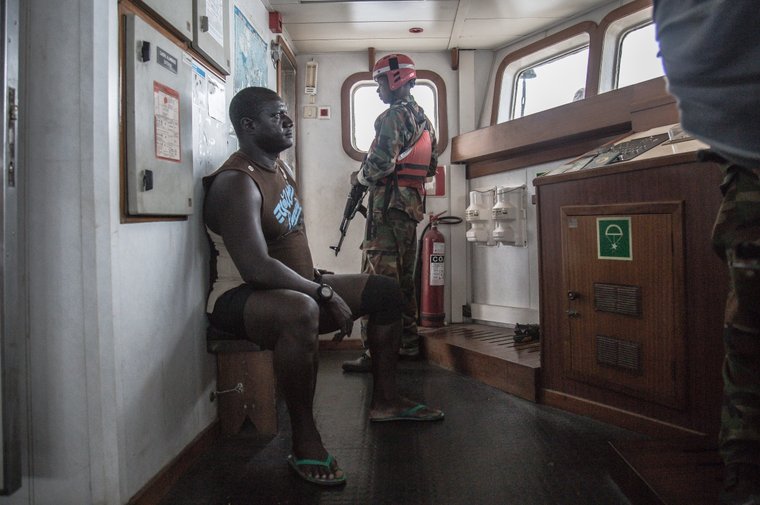 The Captain of the F/V Hai Lung being questioned by the Liberian Coast Guard. Photo by Sea Shepherd. 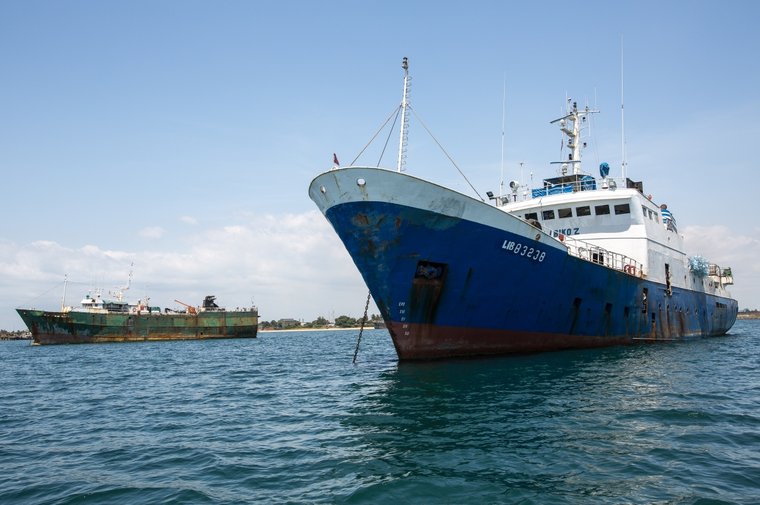 The F/V Hai Lung in detention alongside the F/V Labiko 2, another infamous poacher arrested four months ago. Photo by Katie Mähler/Sea Shepherd.