Sea Shepherd’s Flagship, the Steve Irwin, is en route to the Indian Ocean to confront a killer in our oceans.

A fleet of fishing vessels is actively fishing on the high seas of the Indian Ocean using driftnets; a form of fishing banned by the United Nations in 1992 due to its indiscriminate and destructive impact.

Taking advantage of the remoteness of the region, and in the absence of law enforcement, the fleet has demonstrated a resurgence of this out-dated, outlawed practice.

The Steve Irwin first intercepted the fleet of vessels engaged in illegal fishing in January 2016. Today, Sea Shepherd has released shocking photographs and video of the encounter, showing sharks, dolphins, seals, and multiple species of fish, including critically endangered Southern Bluefin tuna, entangled and dead in the illegal nets.

The goal of this new campaign, Operation Driftnet, is to confront the vessels while they are engaged in the act of illegal fishing, and subsequently employ direct-action techniques to shut-down their operations.

Sea Shepherd will also document the vessels and collect evidence of their operations to aid with land-based investigations.

Using this combination of at-sea and on-land actions, Sea Shepherd aims to end the destructive streak of these vessels.

Campaign leader and Captain of the Steve Irwin, Siddharth Chakravarty said, “Driftnets were banned in 1992 by a United Nations moratorium. The nations of the world were concerned 24 years ago about the negative impact of this form of fishing. Driftnets didn’t have a place in the world’s oceans then and they don’t today. Our role is to ensure the ban is enforced.”

Sea Shepherd expects to engage with the fleet of illegal vessels in the coming days. 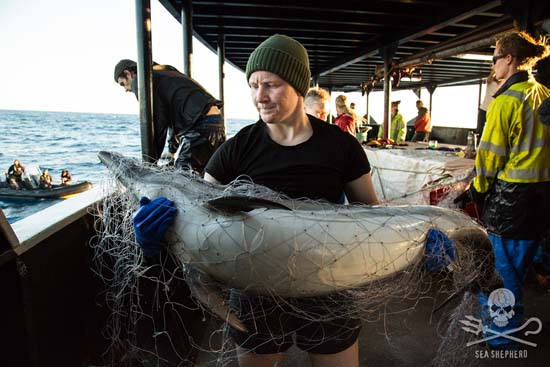 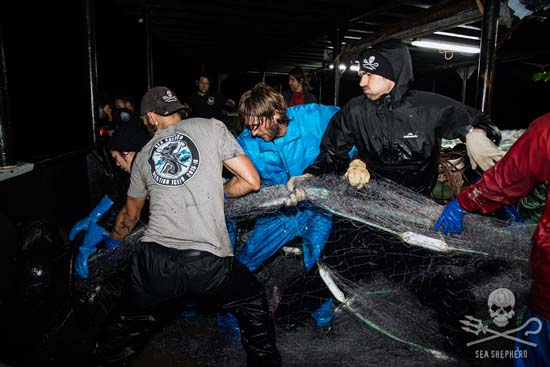 Crew of the Steve Irwin hauls the abandoned driftnet out of the ocean. Photo: Eliza Muirhead 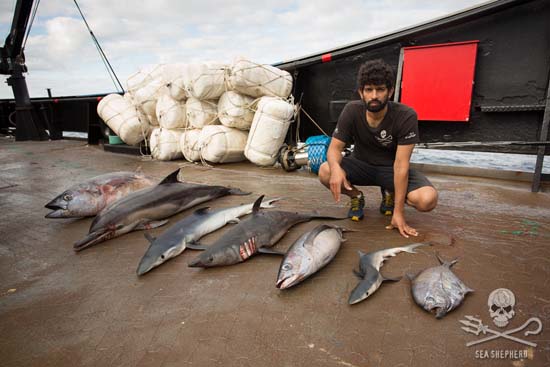 Capt. Chakravarty with some of the many animals slaughtered in the illegal driftnet. Photo: Tim Watters 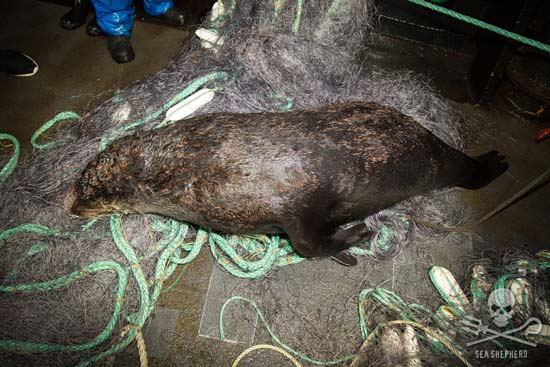