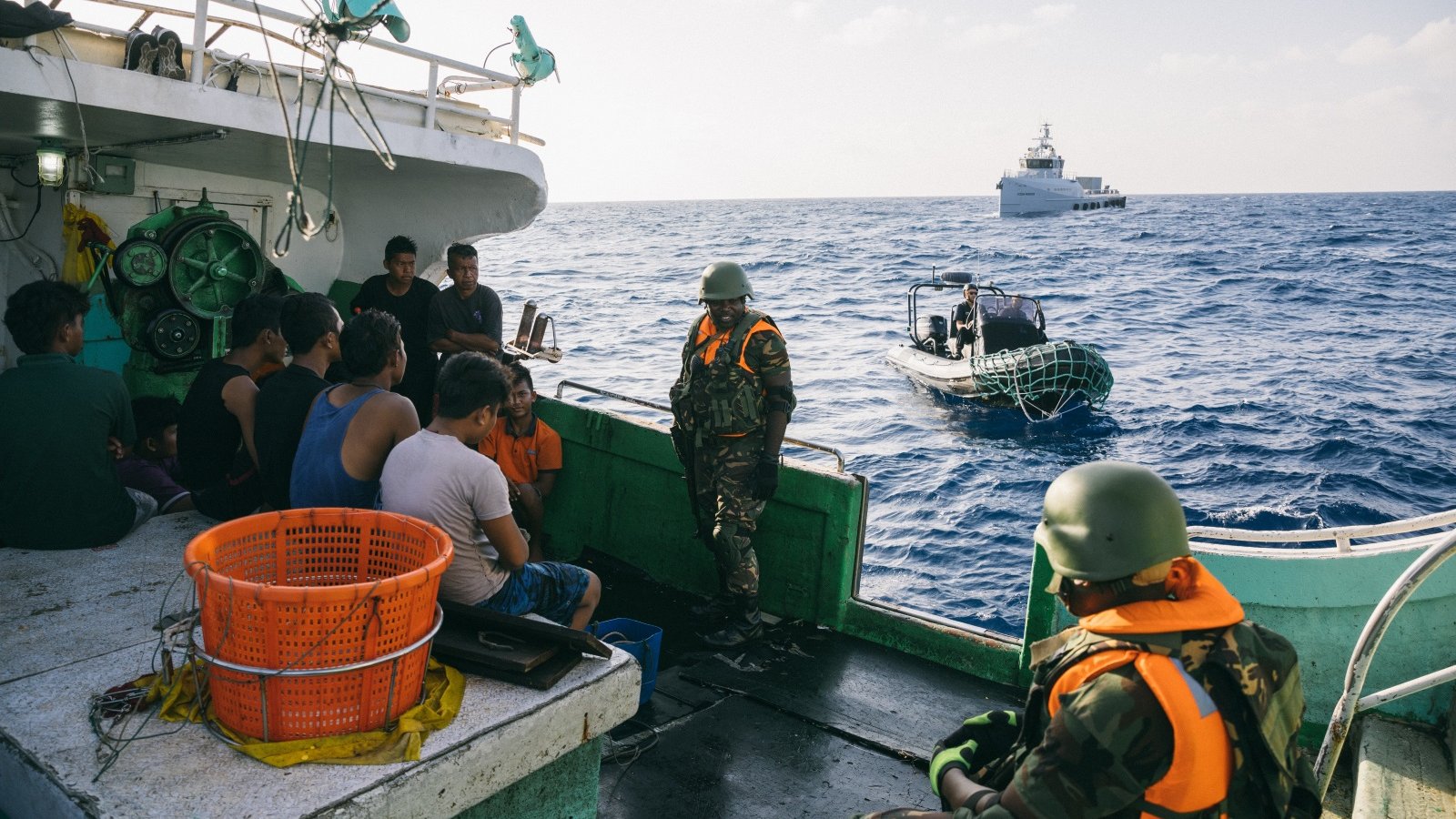 The owner and agent of the Malaysian-flagged fishing vessel (F/V) Buah Naga 1  that was boarded by Tanzanian law enforcement agents as part of Operation Jodari, a joint partnership between Sea Shepherd, Fish-i Africa and the government of Tanzania to combat illegal, unreported and unregulated (IUU) fishing, have been arrested in Zanzibar as investigations against the suspected IUU fishing vessel continue.

When the F/V Buah Naga 1  was first boarded on the 25th of January 2018, by Tanzanian law enforcement agents working on board the Sea Shepherd vessel M/Y Ocean Warrior, inspectors discovered that the vessel was carrying an illegal cargo of shark fins. An unlicensed firearm, a 9mm Beretta pistol, was found in the captain’s cabin. According to the the Indonesian fishers working on board, the firearm was regularly used to threaten fishers to work. If no fish was caught, then the Indonesian crew would not be fed.

The F/V Bua Naga 1  remains in detention in Mtwara, Tanzania where the captain, Mr. Han Ming Chuan, is facing charges of illegal shark finning and pollution.

According to the Deep Sea Fishing Authority Act of Tanzania, a fishing vessel licensed to fish in Tanzania’s exclusive economic zone (EEZ) must be represented by a registered agent in Tanzania. Investigations by the Tanzanian Multi-Agency Task Team have revealed that the purported agent listed on the paperwork provided by the F/V Buah Naga 1  when applying for its fishing license was not a registered agent and was in no way linked to the Zanzibar-registered agency alleged to represent the vessel.

The owner and agent will be charged with Conspiracy to Commit Criminal Acts, the full range of charges still to be determined by the Director of Public Prosecutions.