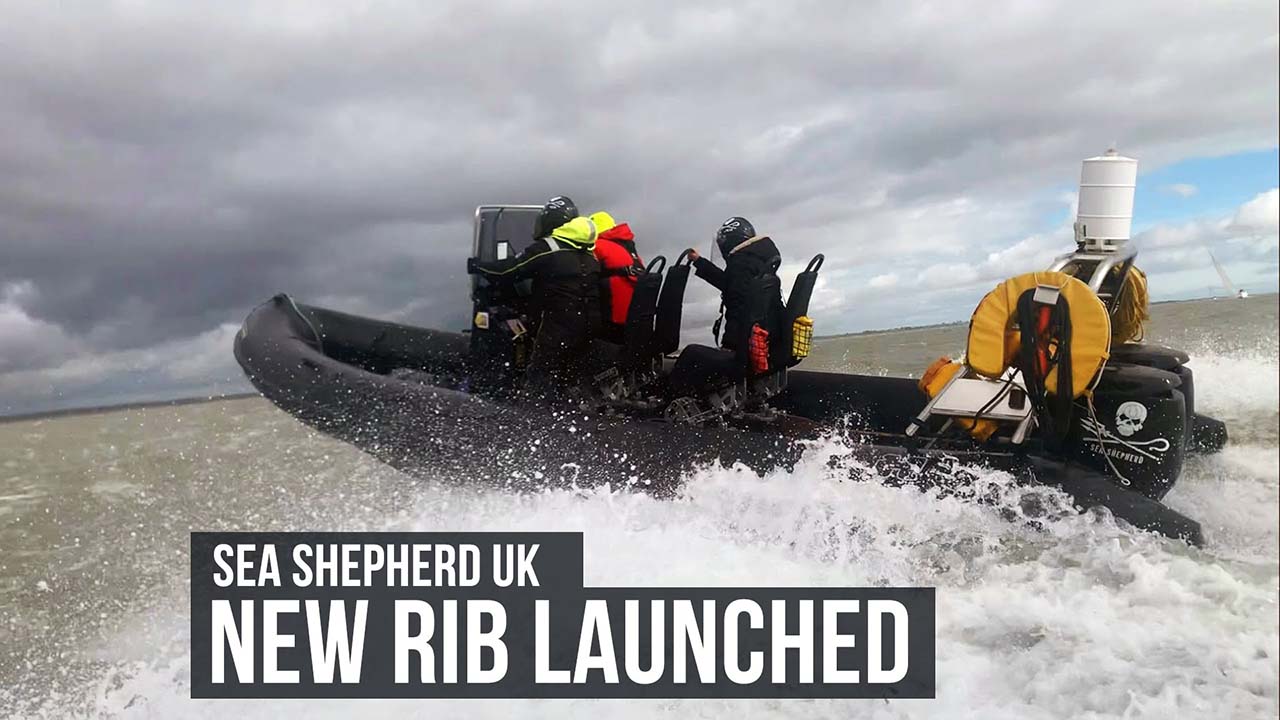 Sea Shepherd UK is pleased to announce the recent addition to our RIB fleet named Shadow’ due to its all black appearance.

Shadow will join our three existing vessels and will be primarily used on SSUK’s Ghostnet Campaign, Marine Debris Campaign and for coastal patrols.

Shadow was formerly the main patrol boat of the Northumberland Inshore Fisheries & Conservation Authority and as such is equipped for long distances, day and night operations and rough seas. Based on the capable Humber Ocean Pro hull, the boat will work primarily with SSUK’s ex-RNLI Atlantic 75 ‘Ghost’ transporting volunteer divers to sites where fishing gear has been lost or discarded. Such ‘ghost’ fishing gear poses a threat to the welfare of wildlife such as porpoises, turtles and sea birds as it continues to catch marine life long after being discarded.

Shadow is extremely well equipped for the job and at 7.5m is big enough to take on the rough seas but is still manageable enough to transport around the UK to wherever problems are reported. To assist with the retrieval of large nets, Shadow is equipped with a NorthLift net hauler forward of the console.

Whilst Shadow’s primary duties will be as a support vessel on the Ghostnet Campaign, due to the nature of her build she will also make an exceptional boat for wildlife crime investigations and patrolling for illegal and harmful activities carried out in UK waters. Shadow's twin 150L fuel tanks and twin Suzuki 70hp engines will allow her to be on the water for extended periods and the fitted 3D structure scan sonar is invaluable in locating fishing gear  and potential dive sites underwater. Shadow has four shock mitigation seats and an automatic liferaft, radar reflector, digital VHF radio and full coded safety equipment will ensure that all crew are kept safe and comfortable.

You can now report nets directly to Sea Shepherd's Ghostnet Campaign Crew via our secure form at: https://bit.ly/2ZqgbwO