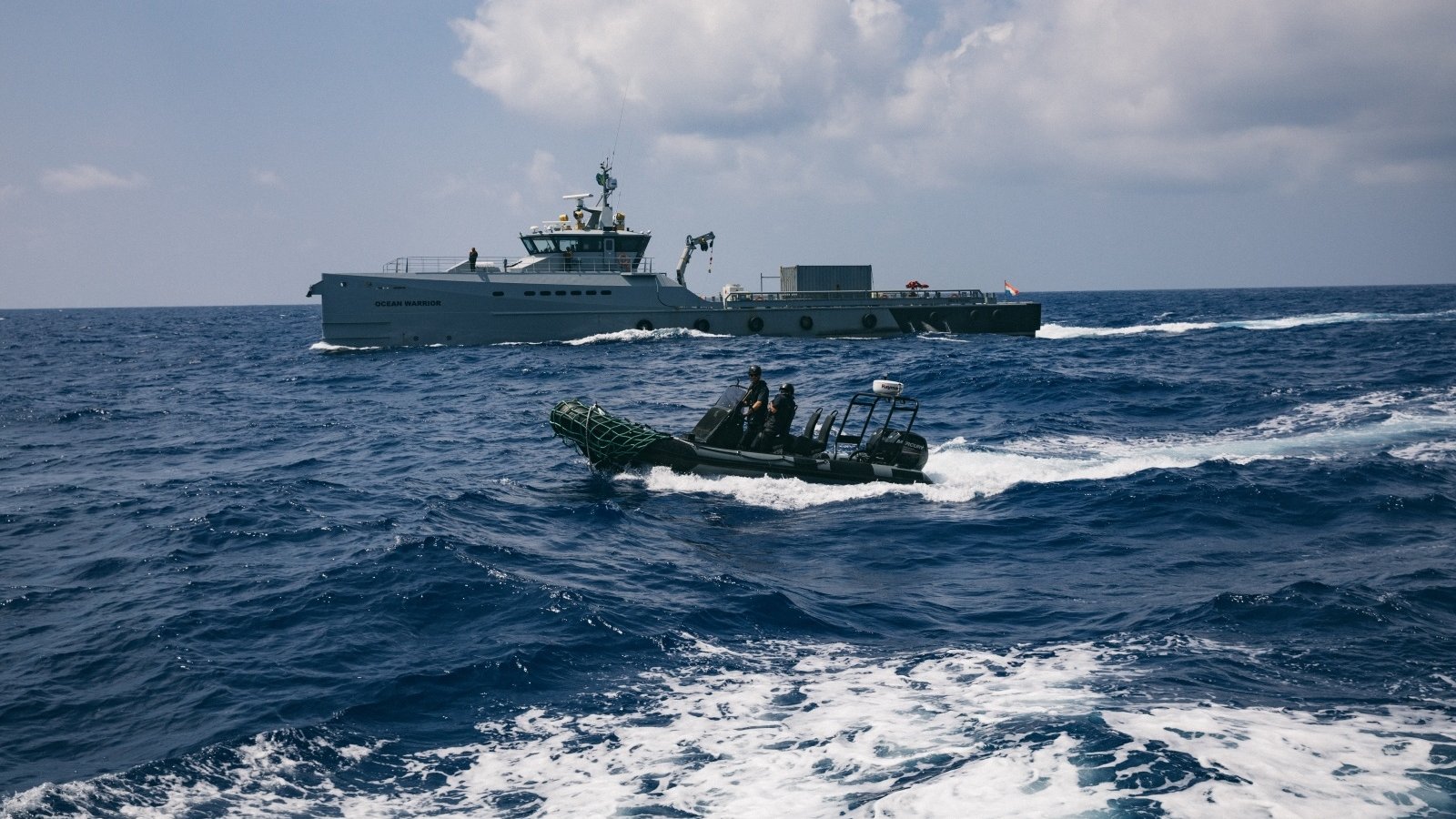 Illegal fishing in the waters of Tanzania has been significantly thwarted thanks to six months of at-sea patrols by a coalition of Tanzanian law enforcement agencies, Fish-i Africa and Sea Shepherd crew, working on board the Sea Shepherd vessel, M/Y Ocean Warrior. The first campaign for this unique partnership between civilian organizations and government, called Operation Jodari, has resulted in the arrest of two long-liners for illegally shark finning, 27 dhows for smuggling and the fining of 19 vessels that retreated from Tanzanian waters to avoid boardings and inspections. Patrols will resume after the M/Y Ocean Warrior takes a scheduled break for necessary maintenance and repairs.

“The effect of a half-year of patrols under the vision and leadership of a Tanzanian government dedicated to combating fisheries crimes is clear: poachers have fled Tanzanian waters. The poachers have cleared out, illustrating the importance of forming new partnerships in the Western Indian Ocean Region, while continuing to work side-by-side with Tanzanian authorities that are leading the way in the fight against illegal fishing - not just regionally, but globally. Tanzania has shown the world how to get the job done”, said Sea Shepherd Global’s Director of Campaigns Peter Hammarstedt.

Patrolling areas of the Tanzanian exclusive economic zone (EEZ) previously out of reach of fisheries law enforcement led to the early arrest of two foreign-flagged fishing vessels for illegal shark-finning. On board one of those vessels, the F/V Buah Naga 1, Tanzanian law enforcement agents discovered an unlicensed firearm used by the captain to threaten his fishing crew. The captain, the owner and the ship agent of the F/V Buah Naga 1 remain in custody facing criminal charges.

After the arrest of the two fishing vessels and the levying of fines totaling 19 billion Tanzanian Shillings (6,865,160 EUR) against 19 other fishing vessels that absconded from Tanzania to avoid mandatory post-fishing inspections, there has been little-to-no observed fishing activity in Tanzanian waters.

The Tanzanian Multi-Agency Task Team -- led by the Tanzania Police Force and including the Tanzania Forest Services, the Wildlife Division, Fisheries Division and the Tanzania Intelligence and Security Service -- believes that the 19 legally-licensed vessels fled Tanzanian because they were similarly carrying out illegal shark-finning despite being licensed for the tuna fishery.

Since the beginning of Operation Jodari, the M/Y Ocean Warrior has also monitored known smuggling routes between the island of Zanzibar and the mainland of Tanzania.

Twenty-seven dhows -- are traditional cargo boats commonly found trading in the Indian Ocean -- were arrested on numerous charges from smuggling illegal cargos of mangrove timber to be sold on the black market to trafficking of persons.

Tanzanian law strictly protects mangrove forests, which are critical habit for many species of shellfish and fin fish that spawn and nurse there, and thereby crucial to supporting the livelihoods of local communities, especially artisanal fishermen.

Despite the Tanzanian government’s best efforts to enforce wide protections of mangrove swamps, some areas have been exploited to such an extent that natural regeneration is impossible without law enforcement intervention. Busting timber smuggling operations at-sea is an important part of that human intervention. During Operation Jodari it provided the intelligence used by law enforcement for several raids of shore-based operations of the highly lucrative smuggling trade in mangrove timber.

Operation Jodari’s campaign mission is to control all vessel operations in the waters of Tanzania, boarding those suspected of IUU fishing, as well as training Tanzanian officers in monitoring, control and surveillance (MCS) of fishing activity in Tanzanian waters, such as fishing vessel inspections and boarding procedures.

On board Sea Shepherd’s ship, the M/Y Ocean Warrior, law enforcement agents with the Deep Sea Fishing Authority, Tanzanian Navy, Tanzanian Drug Enforcement Agency, and the Multi-Agency Task Team (MATT) are working alongside Captain Adam Meyerson and Sea Shepherd crew to patrol Tanzania's sovereign waters. The law enforcement agents have the authority to board, inspect and arrest vessels in violation of Tanzanian law. The MATT is led by the Tanzania Police Force and includes the Tanzania Forest Services, the Wildlife Division, Fisheries Division and the Tanzania Intelligence and Security Service. It was formed to target individuals and networks that control environmental crime in the region and the illegal trade in wildlife.

It is estimated that between 11 and 26 million tons of fish are caught globally through IUU fishing every year.  Developing countries are particularly vulnerable to IUU fishing and approximately USD $1 billion is lost to IUU fishing in the Western Indian Ocean region annually.