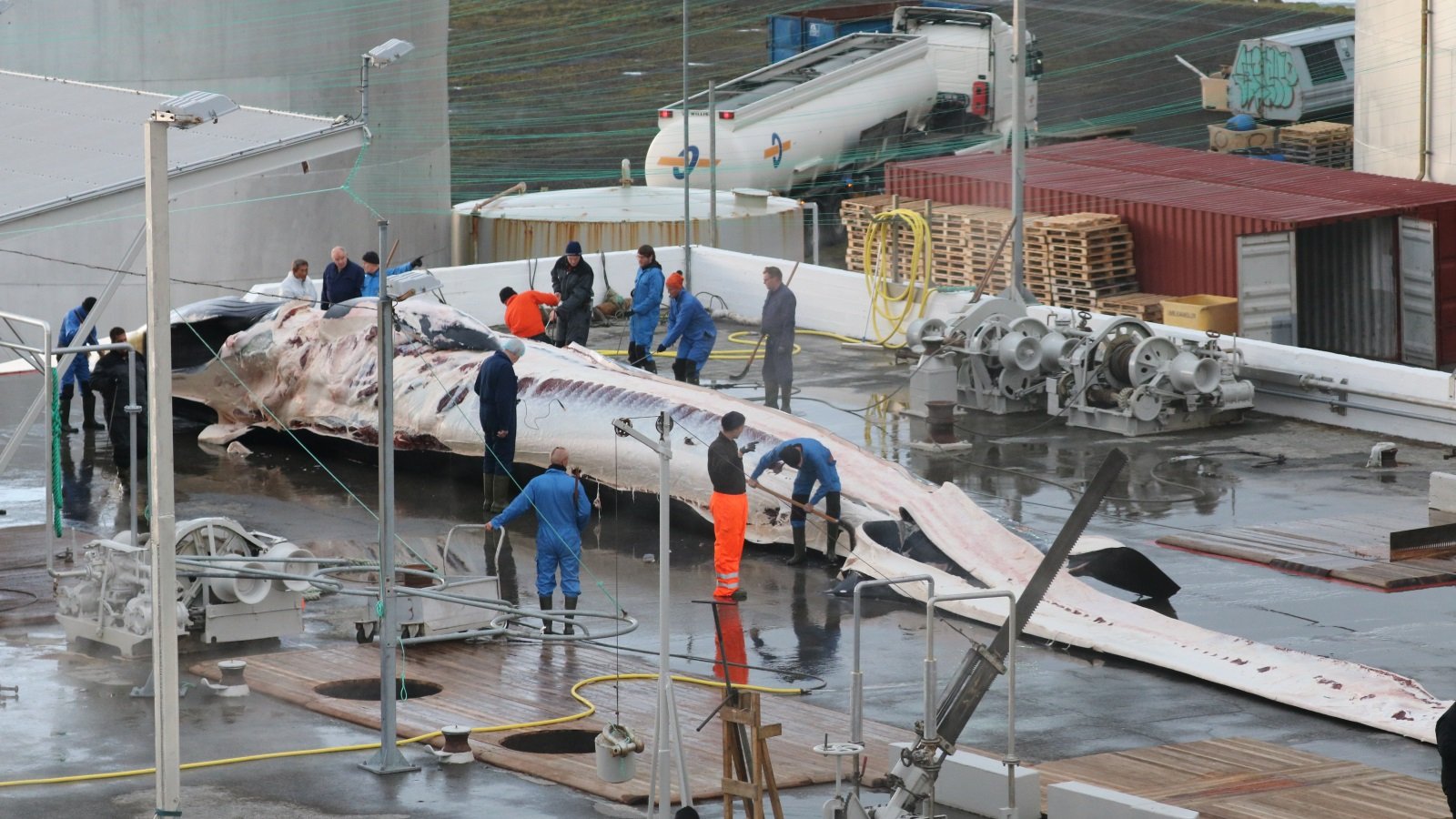 Sea Shepherd UK crew have been operating in Iceland since mid-June watching the activities of the notorious whaling company ‘Hvalur hf’ owned by the wealthy fishing magnate and second-generation whaler Kristján Loftsson. The whaling company owns a large whaling station on the North side of Hvalfjörður and two old Norwegian built whaling ships, Hvalur 8 (built in 1948) and Hvalur 9 (built in 1952) which exclusively hunt endangered Fin whales, the second largest animal on the planet after the Blue whale.

The 2018 quota given to Hvalur hf by the Icelandic government is for a staggering 161 Fin whales, plus an additional 30 Fin whales carried over from the unused quota from 2017 which can be killed during a 100-day season from the 10th June.

The last time Loftsson’s company hunted Fin whales was in 2015 when his two ships killed 155 whales. However, Loftsson and his company had subsequent issues both when exporting the meat and then within in Japan (the primary market for Icelandic Fin whale meat and products) with Japanese food standards test results showing excessive contaminants which prevented the sale of the whale products from the 2015 hunts. This effectively closed the door on further Icelandic Fin whale imports and his two ships have sat moored in Old Reykjavik harbour from September 2015 until the 19th June this year when Hvalur 8 left Reykjavik, quickly took on equipment at the whaling station in Hvalfjörður (and was photographed by our crew) before venturing to sea on the first hunt of 2018.

Hvalur 8 has so far returned with seven endangered Fin whales from five voyages, each taking around 36 hours to whaling grounds within Iceland’s economic exclusion zone around 150 nautical miles from the whaling station. Since June 19th Sea Shepherd crew have maintained a watch of the approach from the into Hvalfjörður and have therefore been in place to document (with video, photos and when possible livestreaming to social media) every return of Hvalur 8 and the butchering of the whales at Hvalur hf’s whaling station.

If you can, please help Sea Shepherd UK keep our crew in Iceland by making a donation at: justgiving.com/seashepherduk or paypal.me/seashepherduk

Read Captain Paul Watson’s commentary An Iceland without Whaling is on the Horizon.

Please email or write polite letters voicing your support for Iceland's whale watching industry and the establishment of a national whale sanctuary in Iceland's territorial waters: