Hot Pursuit of Toothfish Poacher Ends with Arrest in Indonesia

On the morning of April 6th, an Indonesian Navy ship intercepted the F/V STS-50, a stateless toothfish poaching vessel that escaped custody from Maputo Bay, Mozambique on March 17th. The arrest marks the end of an incredible three-week-long trans-Indian Ocean chase, where the coordinated efforts of Fish-i Africa, Interpol’s Project Scale, the Fusion Centers in Madagascar and Singapore, Sea Shepherd, the United Republic of Tanzania, and the Republic of Indonesia finally brought this notorious poacher to justice. 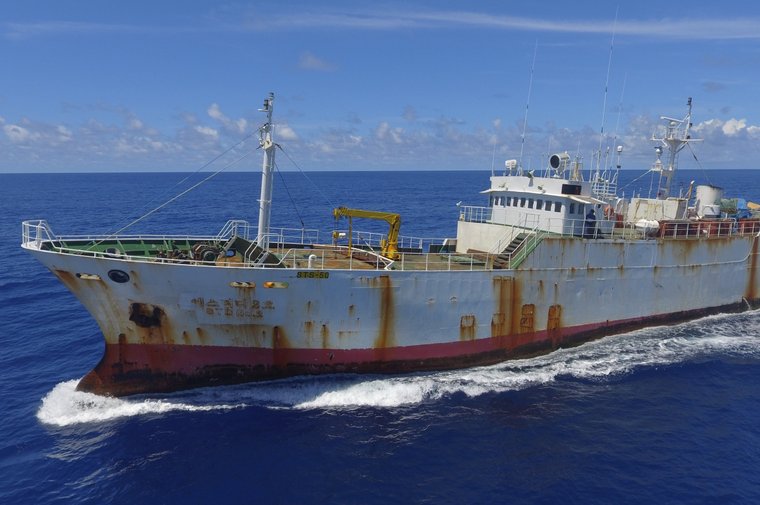 The F/V STS-50, a known Patagonian and Antarctic toothfish poacher, was detained in the Republic of Mozambique for presenting authorities with forged certificates of registration, fraudulently claiming to be flagged to the Republic of Togo. Inspectors discovered 600 gillnets on board, fishing gear prohibited by the Commission for the Conservation of Antarctic Living Marine Resources (CCAMLR).

Both black-listed by CCAMLR in 2016 and subject to an INTERPOL Purple Notice for illegal, unreported and unregulated (IUU) fishing, the F/V STS-50 is better known by its previous names ‘Ayda’, ‘Sea Breez 1’ and ‘Andrey Dolgov’.

After absconding from detention, Mozambique requested assistance from all Fish-i Africa Member Countries for help in apprehending the fugitive vessel. Fish-i Africa is a partnership of eight East African countries -- including Comoros, Kenya, Madagascar, Mauritius, Mozambique, Seychelles and Somalia -- that fosters information-sharing and regional cooperation to combat IUU fishing.

Sea Shepherd's M/Y Ocean Warrior, currently in Tanzania for Operation Jodari, patrolling against IUU fishing with law enforcement agents on board from the Deep Sea Fishing Authority, Tanzanian Navy and the Multi-Agency Task Team (MATT), was tasked by the MATT to intercept the F/V STS-50.

“It is commendable that the Tanzanian government took the responsibility to chase the F/V STS-50 in hot pursuit beyond its national jurisdiction, showing tremendous leadership in the regional fight against IUU fishing”, said Sea Shepherd Global Director of Campaigns Peter Hammarstedt.

For several days, the F/V STS-50 was pursued through the waters of the Seychelles, where unfortunately the Tanzanian Navy did not have the authority to board and inspect the fugitive vessel. However, photos and other evidence gathered during the chase -- including the course and speed of the F/V STS-50 – were passed on to Indonesian authorities, adding to the intelligence that allowed them to successfully intercept and arrest the vessel. 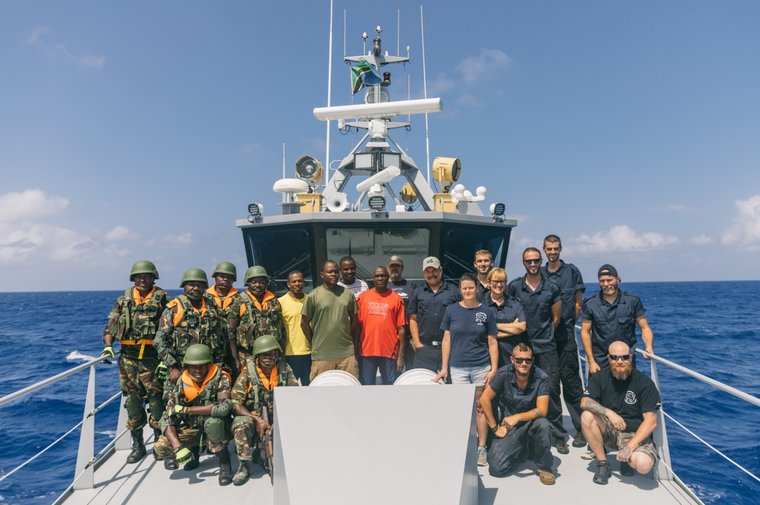 From 2014-2016 Sea Shepherd led Operation Icefish, a campaign to shutdown the “Bandit Six”, the last six illegal toothfish poaching operators plundering the Antarctic, that culminated in the historic 110-day chase of the F/V Thunder by the Sea Shepherd ships M/Y Bob Barker and M/Y Sam Simon. The F/V Thunder was subsequently sunk by its captain in a bid to destroy evidence while another of the “Bandit Six”, the F/V Viking, was intercepted and sunk by the Indonesian Navy.

Operation Icefish led to government action that resulted in demise of the remainder of the “Bandit Six”, but in their wake the F/V STS-50 is believed to have commenced poaching operations in the Southern Ocean.

Sea Shepherd applauds the Indonesian government, the Indonesian Navy and the Indonesian Ministry of Maritime Affairs and Fisheries for being a world leader in fisheries enforcement. Under the leadership of the Honorable Susi Pudjiastuti, Minister, Indonesian authorities have seized and destroyed 363 illegal fishing vessels.

At a press conference in Jakarta, Minister Pudjiastuti reinforced that that “it is possible for the government of Indonesia to seize the F/V STS-50 to be utilized for the public good or to be demolished – as it did with the F/V Viking. The action decided upon this vessel is to be determined immediately”.

“The trans Indian Ocean chase and subsequent arrest of the F/V STS-50 demonstrates what is possible when governments, law enforcement and civil society work together to combat IUU fishing,” said Peter Hammarstedt. “Sea Shepherd is fully supportive of Indonesia’s no-nonsense approach to dealing with fish poachers and is greatly pleased that the F/V STS-50 is now in Indonesian custody. Sea Shepherd is also proud to have contributed to the chase through our partnership with the government of Tanzania, which allowed for Tanzanian authorities to gather intelligence from the M/Y Ocean Warrior that helped apprehend this notorious poacher.” 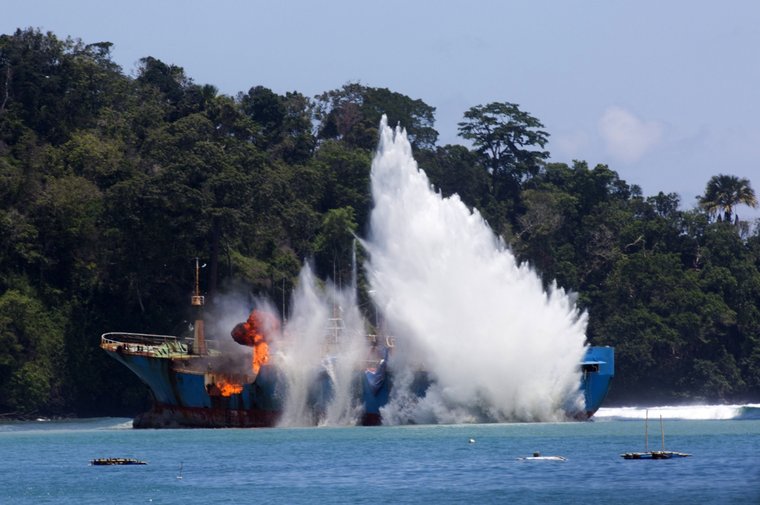 The F/V Viking, one of the "Bandit Six" poaching vessels, was intercepted and sunk by the Indonesian Navy in 2016. Photo Gary Stokes/Sea Shepherd.