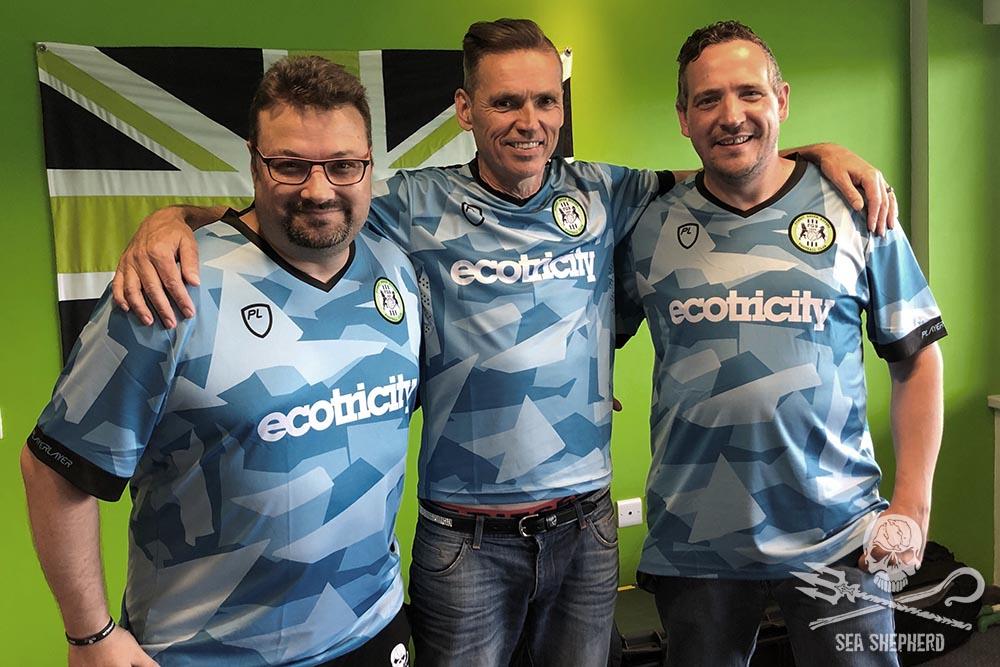 Forest Green Rovers have unveiled a striking new third kit for their cup games, inspired by Sea Shepherd – and to help raise vital funds for our work.

Omar Todd, Global Director of Special Operations and Rob Read, Chief Operating Officer of Sea Shepherd UK visited the club this week to meet Dale Vince, the Chairman of the club and Patron of Sea Shepherd UK, to celebrate the launch.

Why Forest Green Rovers has done this:

Forest Green Rovers is recognised as the “world’s greenest football club” by FIFA and likes to do things differently, with protecting the planet being at its core – as well as playing great football, of course!

Forest Green’s kits have proudly displayed Sea Shepherd’s iconic Jolly Roger logo since 2014 – and its flags have flown at The New Lawn Stadium over every game since.

This move is yet another step in the Forest Green Rovers mission to show the world of sport that there is ‘another way’, with all proceeds from the sales of this kit worldwide coming directly to Sea Shepherd  – continuing our decade long relationship with Dale. 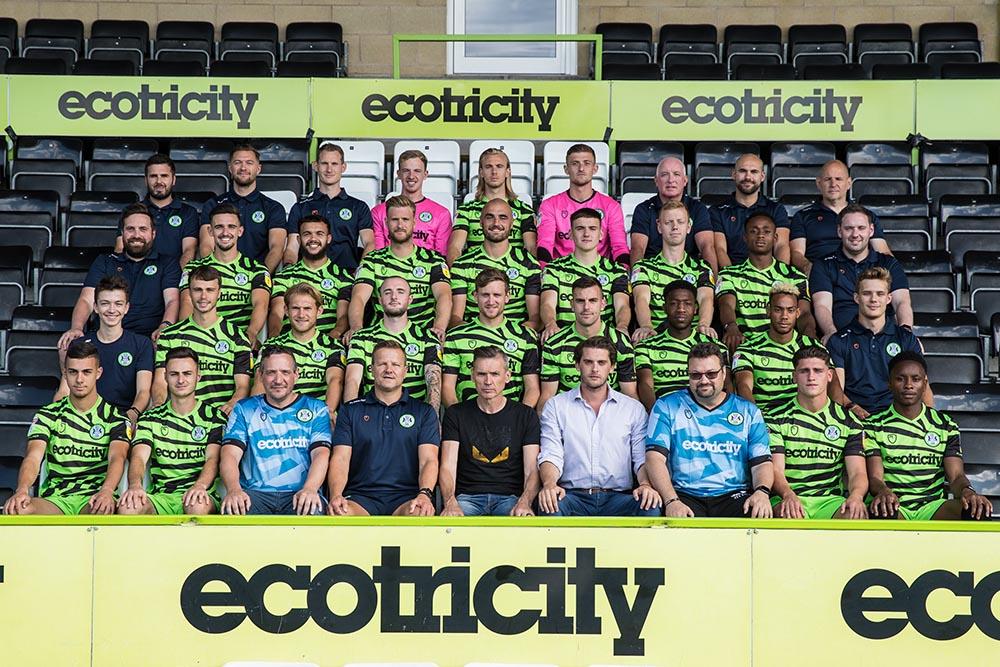 This new strip has been created by PlayerLayer  - using revolutionary 50% bamboo material, and the design having been inspired by the dazzle camouflage paintjob on Sea Shepherd’s vessel, the Steve Irwin and previously on the Bob Barker.

Where you’ll see it first

FGR will be wearing the kit in cup matches this season. Its maiden voyage will be the club’s Carabao Cup game against Charlton Athletic on Tuesday, 13th August.

How this will help Sea Shepherd

“Sea Shepherd are an amazing organisation, they’ve dedicated so much, often taking great risks - been shot at, had boats rammed and sunk - in the fight to save the lives of whales and marine life more generally. They prove that peaceful direct action, with emphasis on the action - gets results. This new shirt is to celebrate and support their work.”

“I can’t thank Dale and Forest Green Rovers enough for this hugely generous support for Sea Shepherd's marine conservation campaigns. This striking new FGR shirt launches during our latest campaign in the Faroe Islands, exposing to the world the continued barbaric hunting of over 800 Pilot Whales and Dolphins each year and our work legally and with targeted new pressure tactics to end these hunts.

“Back here in the UK the proceeds from the sale of the shirts will also be used to both upgrade our fleet of small boats used in particular on our rapidly developing 'Ghostnet Campaign' and on equipment for our 'Marine Debris Campaign'. So, many thanks to all FGR and Sea Shepherd supporters who buy one of these shirts.  Your support really will help protect the oceans - and you’ll look very cool too!”

How to get hold of the kit

If you would like to support Forest Green Rovers at their matches throughout the season, their fixtures list is here.

In addition, the club will be running a special ‘Sea Shepherd themed match’ - when playing Cheltenham at home on Saturday March 28th, 2020. More details are to follow.

Thanks for supporting us if you choose to buy this kit. We look forward to spotting you in the crowd!