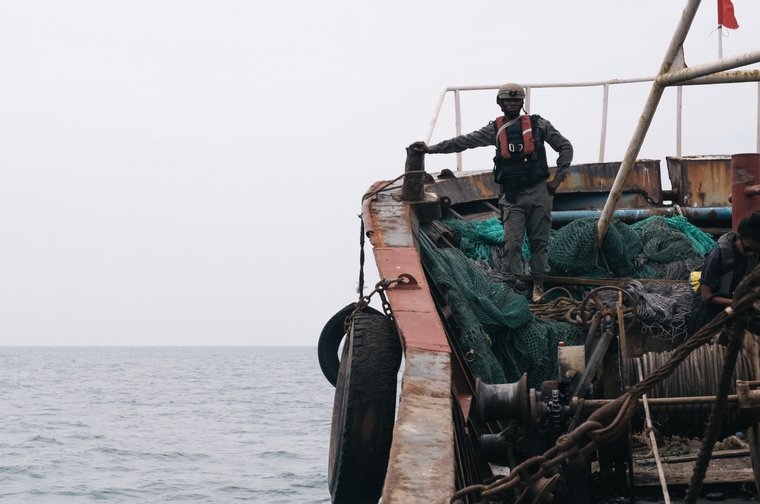 Operation Albacore Legal Update - Last week, Gabonese law enforcement agents, working alongside Sea Shepherd crew on board the M/Y Bob Barker, arrested two foreign industrial trawlers, F/V Jinli 961 and F/V Jinli 962, for fishing without a license in Gabonese waters. The two trawlers were escorted by the M/Y Bob Barker to the port of Libreville, where they now face charges of illegal fishing.

The Cap Esteria Aquatic Reserve is a designated no-fishing area. The arrest of the two trawlers, assisted by the patrols of the M/Y Bob Barker, is having the desired effect of deterring other fishing pirates as no new incursions have been detected.

"Operation Albacore 3 is an on-going successful partnership between Sea Shepherd, the Gabonese Fisheries Agencies (ANPA), Gabon's National Agency of National Parks (ANPN) and the Gabonese Navy (Marine Nationale) that makes the protection of Africa's largest network of marine protected areas possible. With newly-established marine protected areas comes a pressing need for enforcement. My crew and I are proud to have assisted Gabon in chasing the poachers out of critically-important marine habitats", said Captain Peter Hammarstedt on board the M/Y Bob Barker.