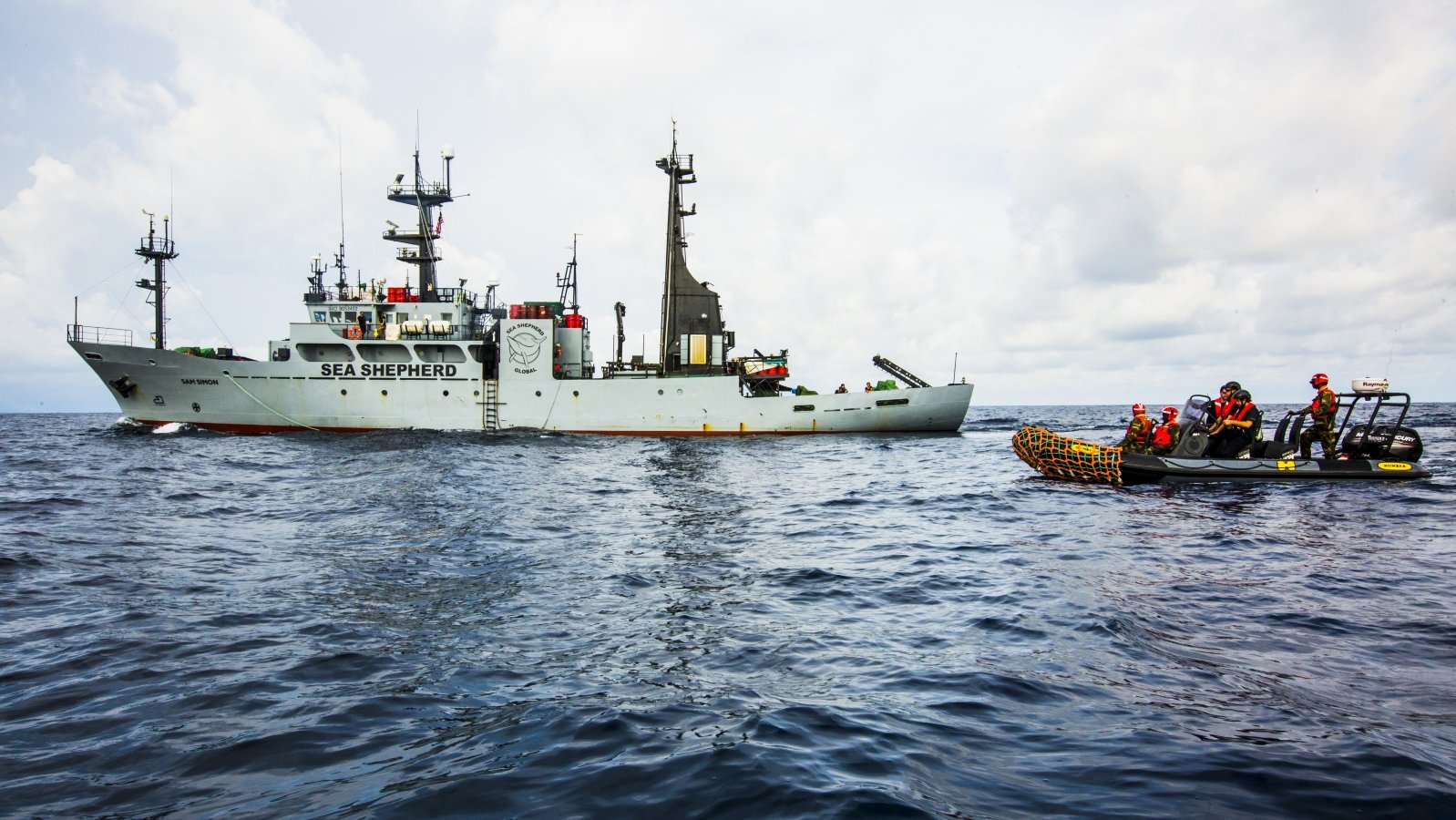 In a joint operation with the Liberian Ministry of National Defense to tackle illegal, unreported and unregulated (IUU) fishing in the Republic of Liberia, West Africa, Sea Shepherd assisted the Liberian Coast Guard in the arrest of a foreign-flagged industrial trawler caught plundering artisanal fishing waters.

Despite great efforts to conceal its identity, the 32-meter trawler Bonheur was intercepted by the Liberian Coast Guard on the 7th of November after crossing into Liberian waters from neighboring Côte d'Ivoire with its fishing gear in the water. On sighting the Coast Guard, the captain of the Bonheur immediately changed course, increased speed and attempted to flee Liberian waters. Using the small boat of Sea Shepherd’s ship, the Sam Simon, the Liberian Coast Guard were able to board and secure the Bonheur before it could escape justice.

The boarding team discovered that nets had been draped over the name of the vessel in a bid to conceal its identity from artisanal fishermen who could have otherwise reported the incursion to the Liberian Coast Guard.

The Bonheur was arrested fishing five nautical miles off the coast, within the six-nautical-mile area the Liberian government banned industrial trawling to protect the livelihoods of Liberia’s artisanal fishermen and the 33,000 Liberians who depend on small scale fisheries for their income. The ban, enacted through the establishment of an inshore exclusion zone (IEZ), has resulted in a noticeable increase in fish populations off the coast.

“As local small-scale artisanal fishermen notice the benefit of the IEZ through an increase in fish in populations, some foreign industrial fishing vessels see these coastal areas as piggy banks to be smashed by their industrial gear”, said Peter Hammarstedt, Sea Shepherd Global’s Director of Campaigns.

The Bonheur was subsequently escorted to port by the Sam Simon, where its cargo of fish was confiscated by Liberian authorities, and where the vessel awaits justice.

The arrest of the Bonheur marks the start of Operation Sola Stella III, the third partnership between Sea Shepherd and the Liberian Ministry of National Defense. The apprehension is the 13th arrest of a vessel for fisheries crimes in Liberian waters since February 2017.