In less than two days, armed Sierra Leone Navy sailors stationed on board the Sea Shepherd ship Bob Barker carried out a series of covert at-sea raids on fishing vessels in the waters of the West African country of Sierra Leone, arresting five trawlers for illegal fishing. 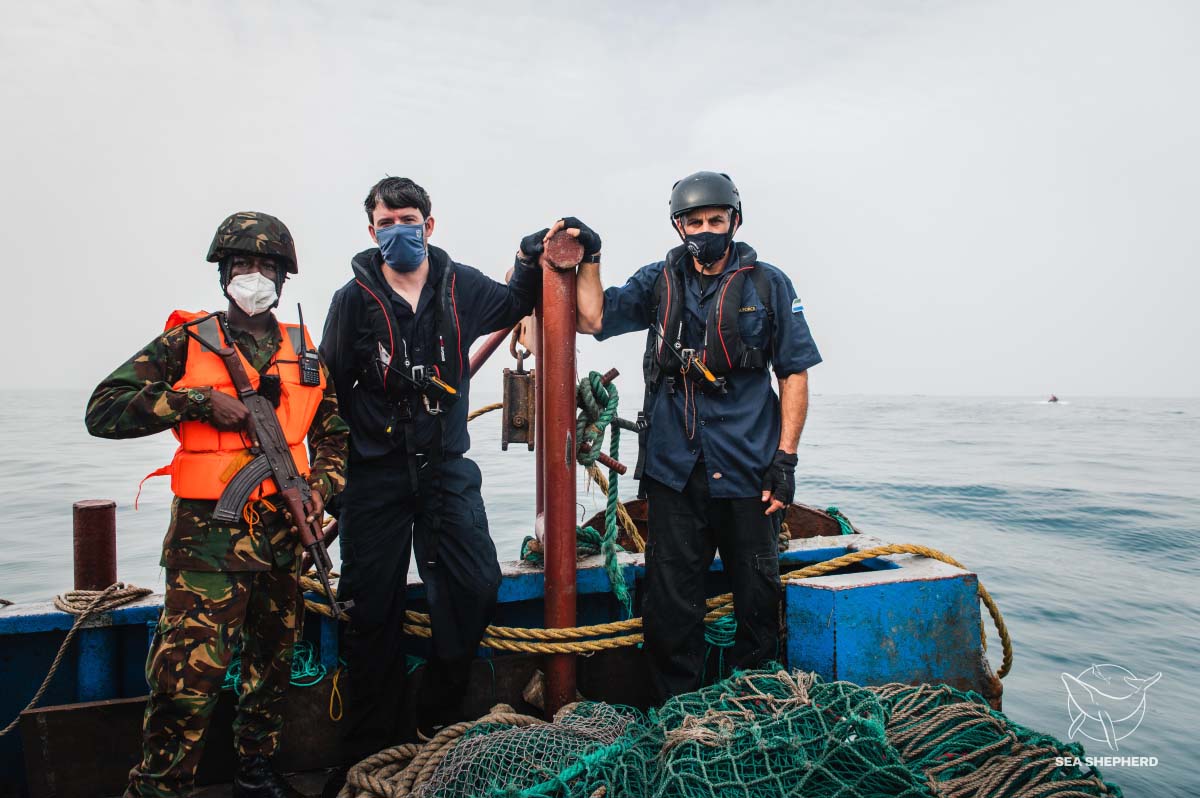 In the early morning hours of the 14th of March, two trawlers that had spent the night anchored outside of an inshore exclusion zone (IEZ) reserved for artisanal fishermen were detected by radar making way into the protected area with their nets in the water. Two rigid hull inflatable boats from Bob Barker transported a law enforcement detachment of Sierra Leone Navy sailors who surprised, boarded and arrested the fishing vessels Friendship 806 and Friendship 888 in waters saturated with small-scale fishing pirogues, approximately one nautical mile inside the IEZ. Both trawlers were fishing without a license and were transmitting false electronic identifying information, one of them was appropriating the identity of another vessel fishing over 7,000 nautical miles away in the Pacific Ocean. 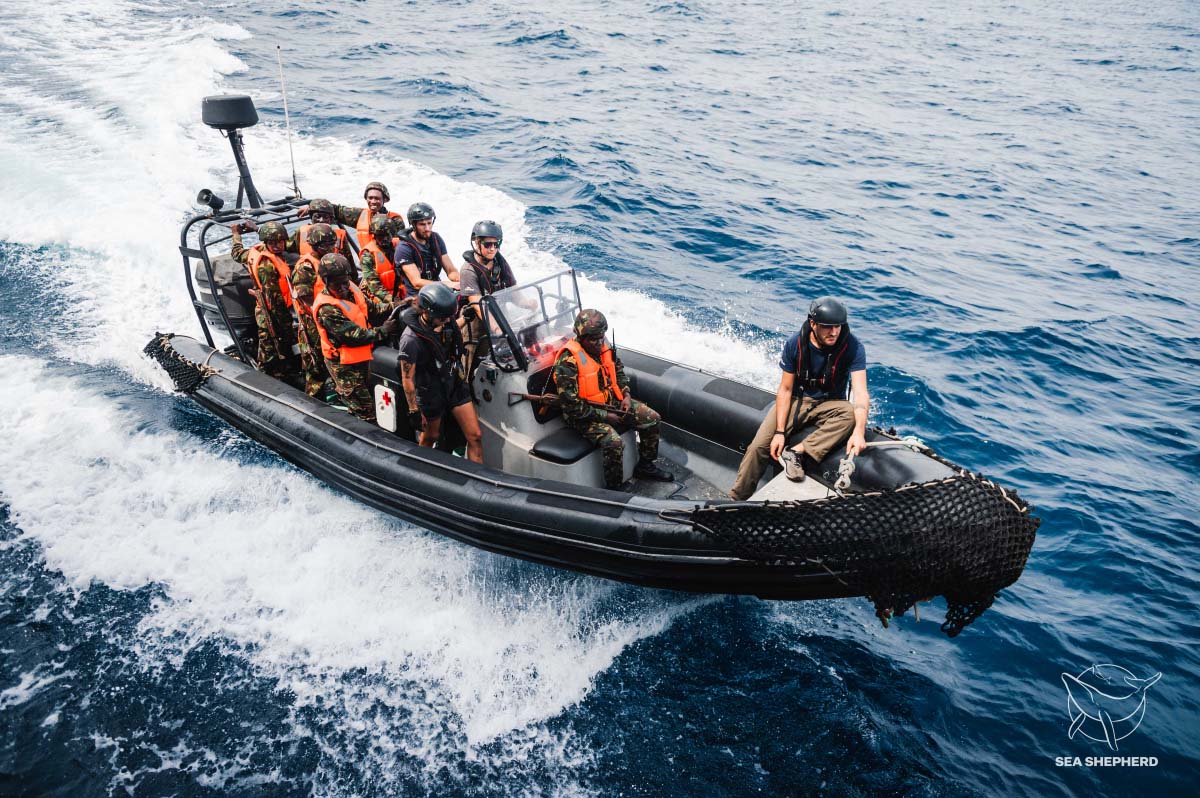 In Sierra Leone, more than 200,000 people work in small-scale fisheries. To safeguard the environment and to protect the livelihoods of local fishers, the government of Sierra Leone instituted an IEZ where industrial and semi-industrial fishing is strictly forbidden. However, due to challenges of monitoring, control and surveillance, local fishermen report that trawlers routinely run over their canoes and nets as fish populations also decline. 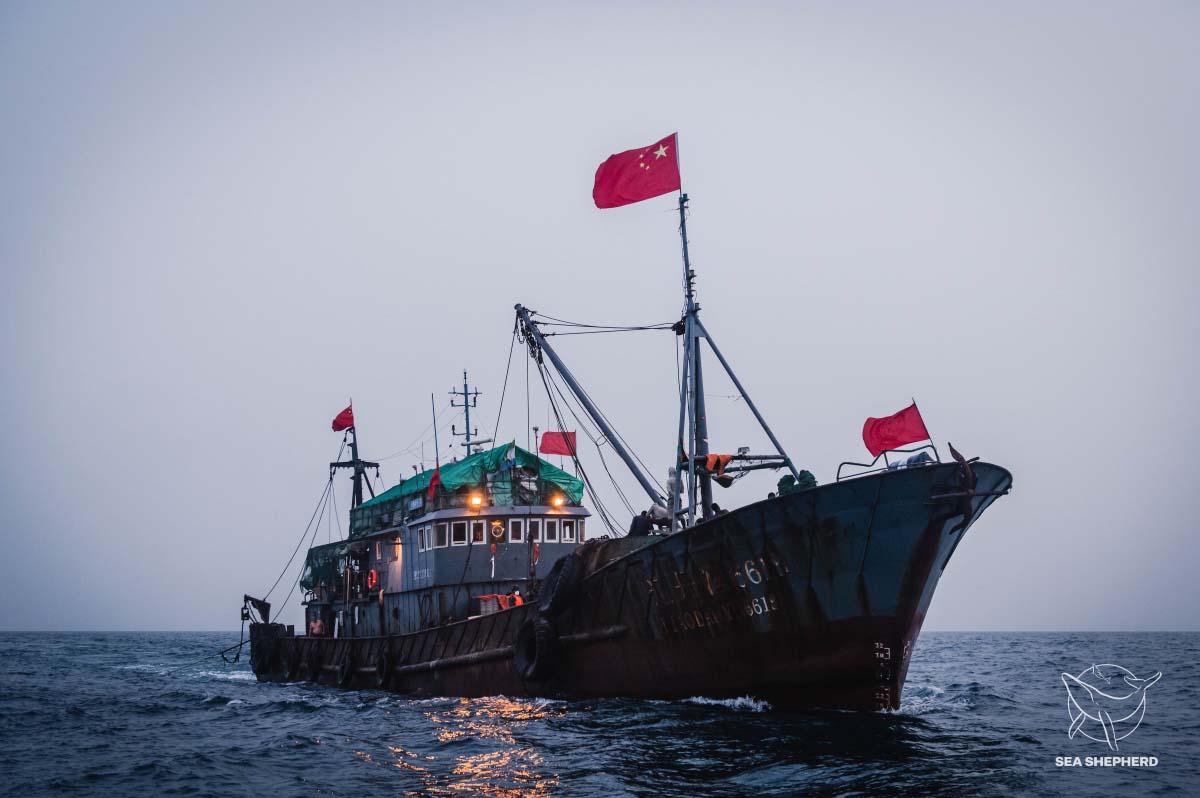 Liao Dan Yu 6618 arrested for fishing without a license

On the morning of the 15th of March, Jianmei 3 was arrested at anchor off the port of Kent on the Freetown Penninsula. Nights previously, the trawler had been documented fishing about six nautical miles inside the IEZ, just outside a marine protected area designated to conserve spawning fish. When boarded the crew were busy dismantling fishing gear, taking apart winches and trawling equipment to give inspectors the impression that the vessel had not been fishing for some time. A fishing logbook confiscated by the Sierra Leone Navy boarding team showed Jianmei 3 systematically fishing inside the IEZ on forty-four documented occasions. Jianmei 3 was arrested, placed under armed guard and brought back to Freetown. Last year, its two sister ships—Jianmei 1 and Jianmei 4—were arrested for illegal fishing and absconded from detention. Both vessels are still wanted by authorities in Sierra Leone. 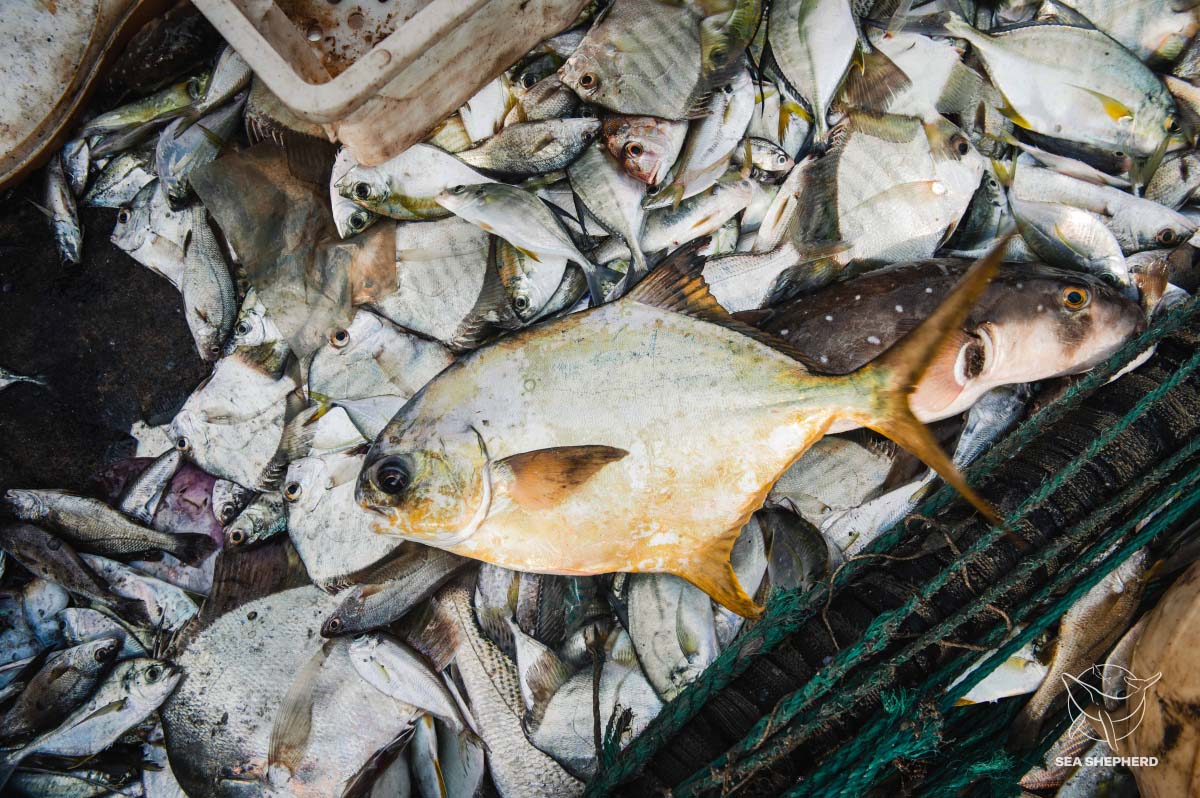 Illegal catch on board arrested trawler

Hours after the apprehension of Jianmei 3, two Chinese-flagged trawlers—Liao Dan Yu 6616 and Liao Dan Yu 6618—were arrested for fishing without a license. Liao Dan Yu 6618 was carrying two separate sets of registration documents and the captain was attempting to destroy evidence when the Sierra Leone Navy breached the wheelhouse. The captain was trying to shred proof that his fishing license had been expired for one month. 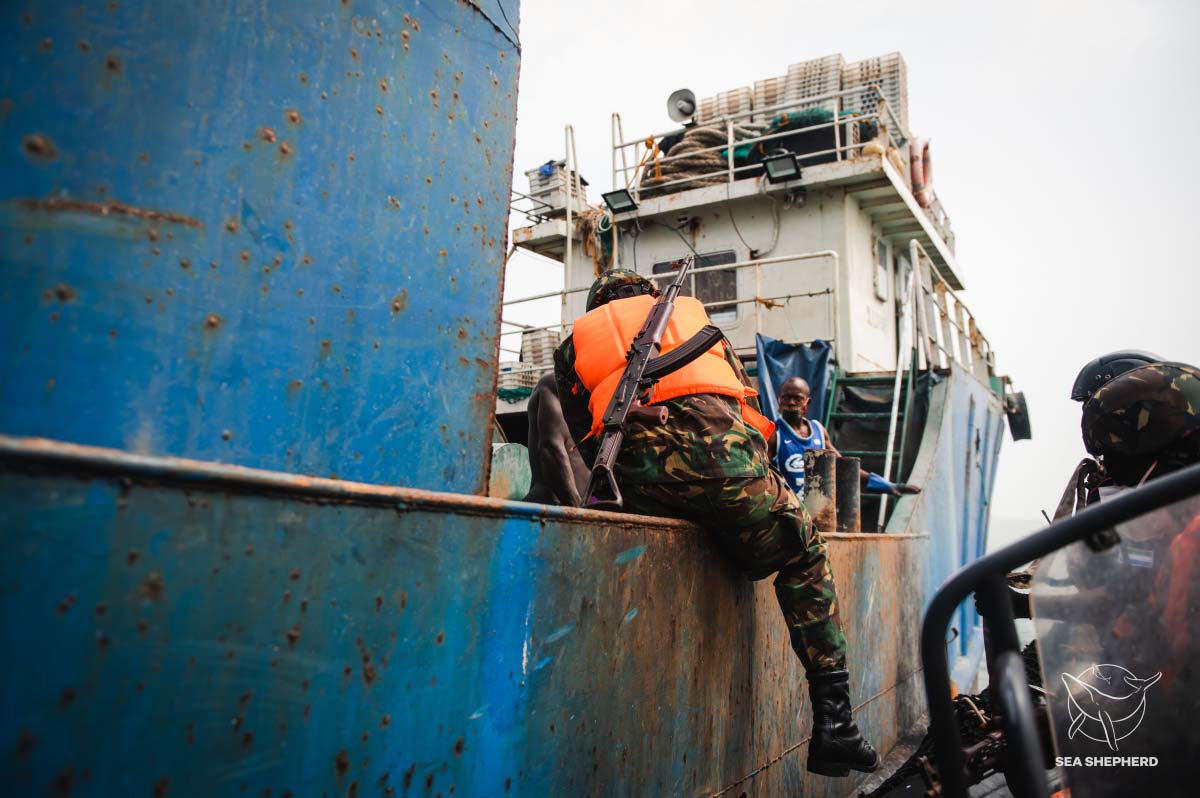 “After the arrest of Liao Dan Yu 6616 and Liao Dan Yu 6618, the remaining eleven vessels belonging to the same fleet all set course for Freetown to avoid inspections. Vessels from other fleets also retreated to safe harbor when they received news that a patrol was underway. It is the belief of Sea Shepherd and the Sierra Leone Navy that none of them had valid fishing licenses”, said Captain Peter Hammarstedt, Sea Shepherd’s Director of Campaigns. 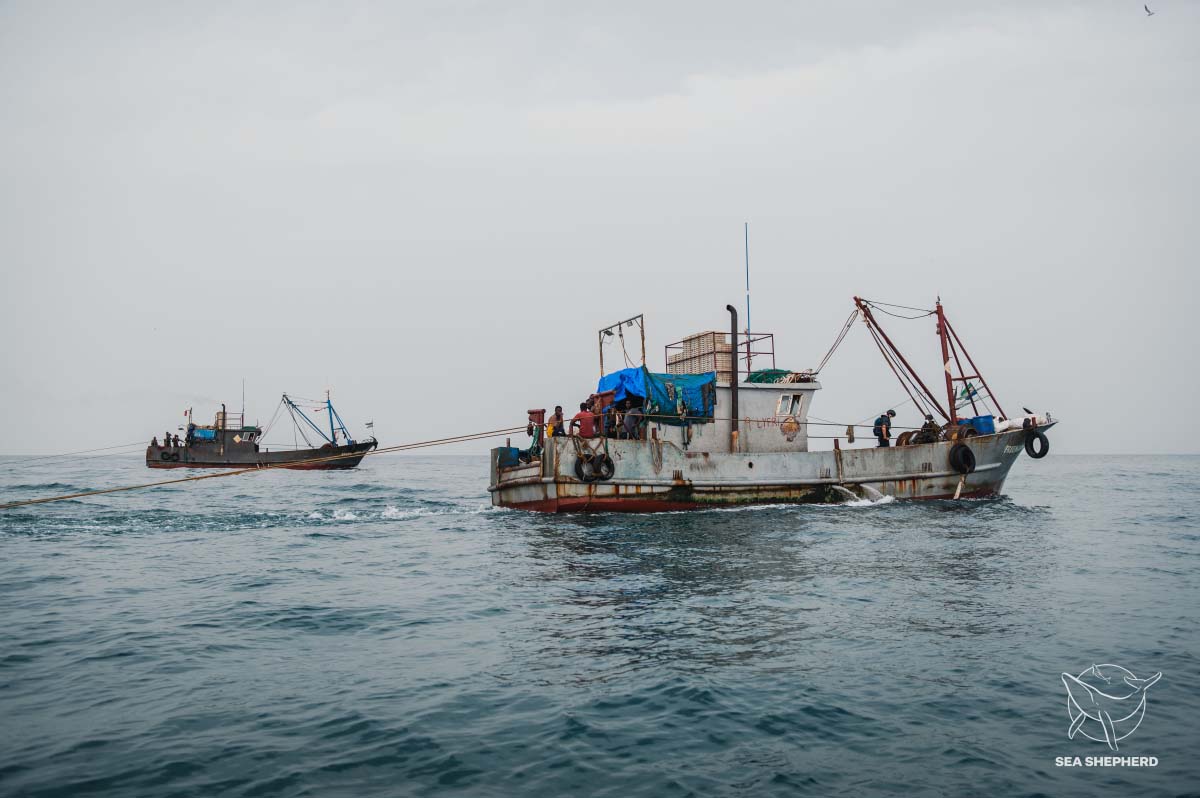 Friendship 888 and 806 caught inside protected area

The arrest of five trawlers in the waters of Sierra Leone marks the start of Operation Sierra Leone Coastal Defense, Sea Shepherd’s eighth government partnership on the continent of Africa.

Under the leadership of Sierra Leone’s Minister of Defense and National Security, the Honorable Brigadier General (Rtd) Kellie Conteh, Sea Shepherd is supporting the Sierra Leone Navy to conduct patrols at-sea to combat illegal fishing through the assistance of Sea Shepherd crew and the Sea Shepherd vessel Bob Barker. 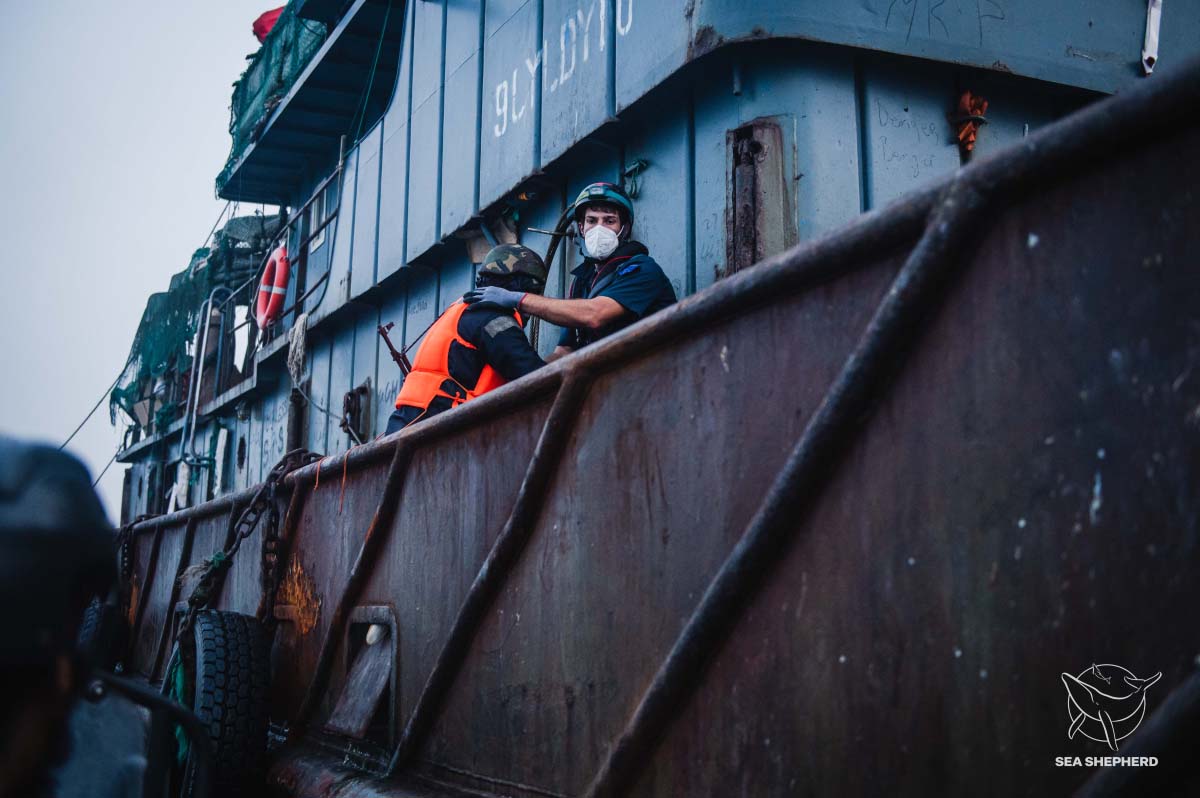 “The Ministry of Defense and National Security will act decisively against any violators of Sierra Leone’s sovereign laws. These fishing vessels are plundering our waters, stealing from local fishermen and the people of Sierra Leone. These five arrests send the strong message that if you are caught fishing without a license then you will be arrested by the Sierra Leone Navy and you will be prosecuted to the furthest extent of the law”, said Hon. Brigadier General (Rtd) Kellie Coneth. 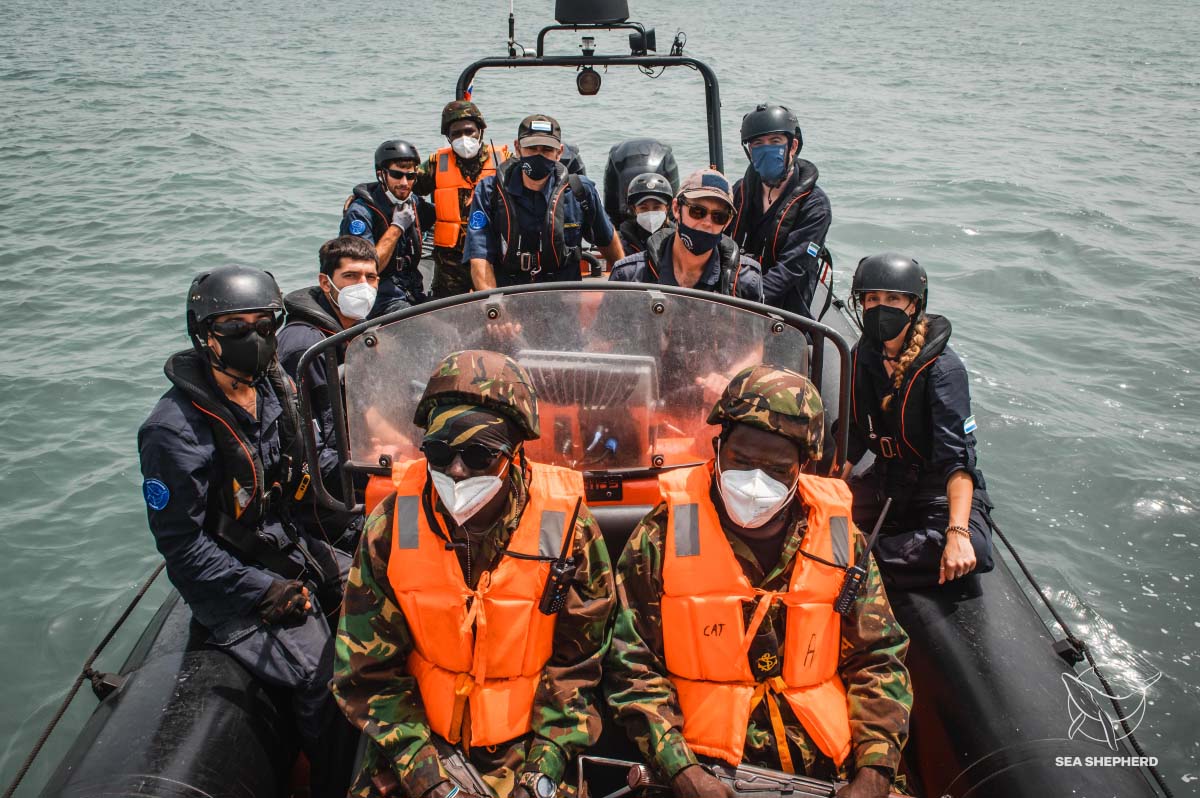 Since 2016, Sea Shepherd has also been working in partnership with the governments of Gabon, Liberia, São Tomé and Príncipe, Tanzania, Namibia, The Gambia and Benin to combat fisheries crime by providing the use of civilian offshore patrol vessels to African coastal and island States so that authorities can enforce fisheries regulations and conservation laws in their sovereign waters. To date, the unique partnerships have resulted in the arrest of 67 vessels for illegal fishing and other fisheries crimes. 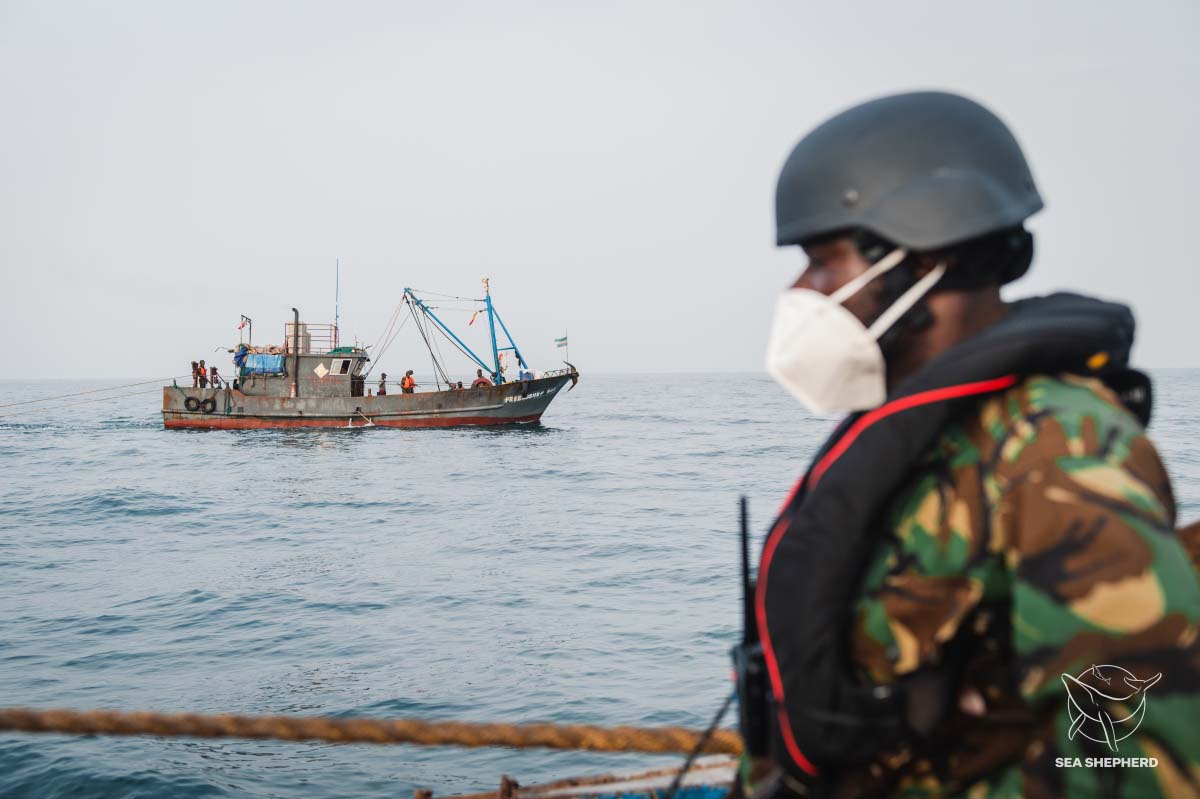 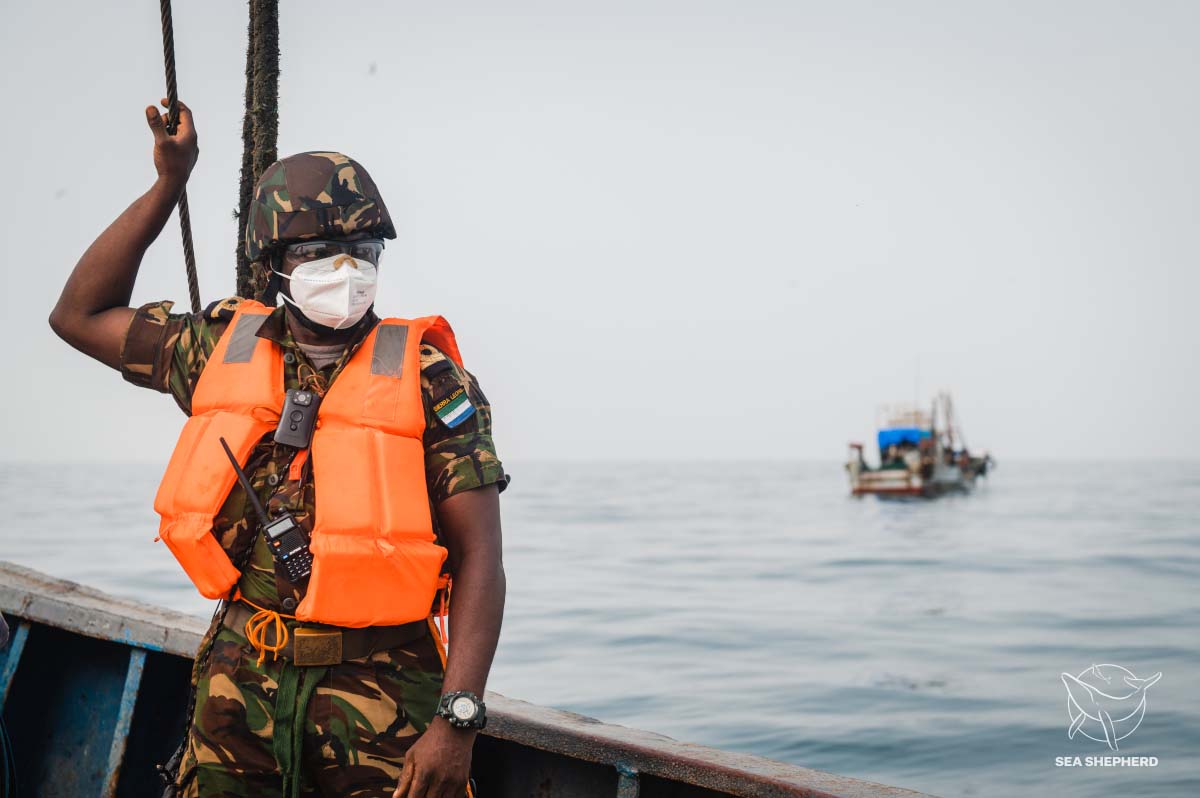 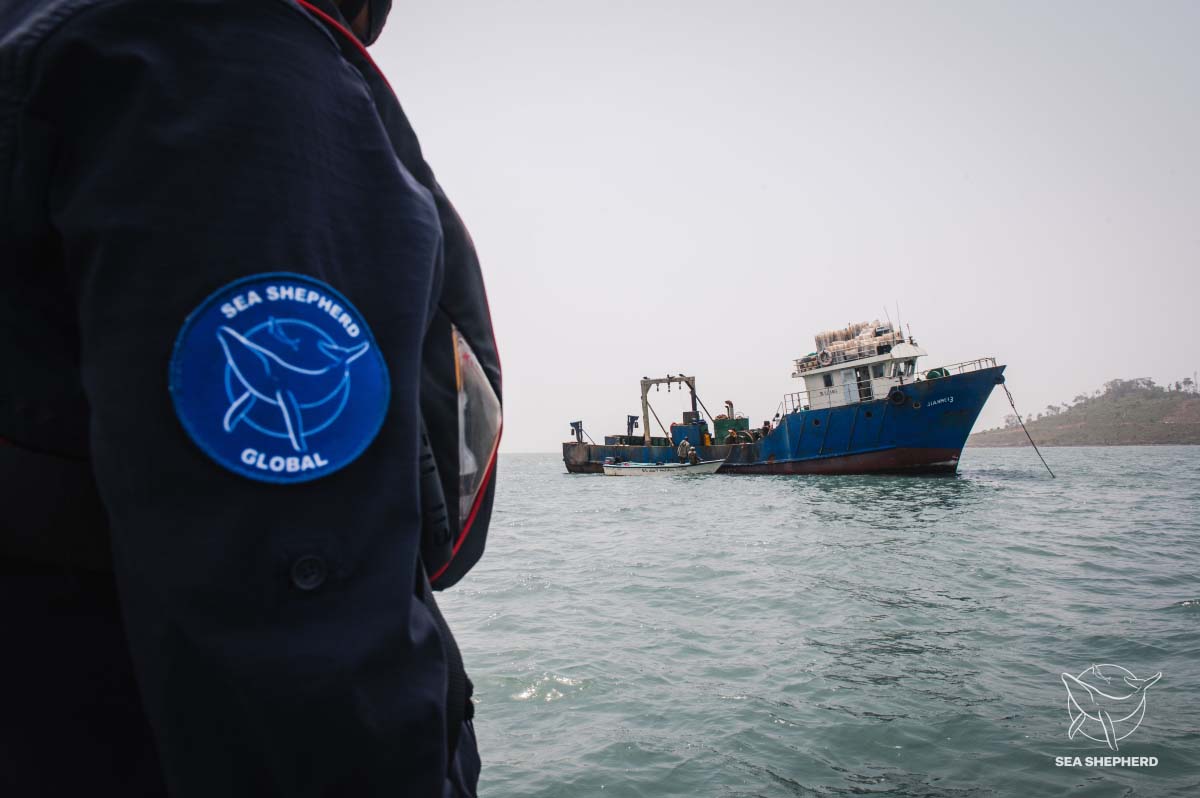 Jianmei 3 arrested in the port of Kent 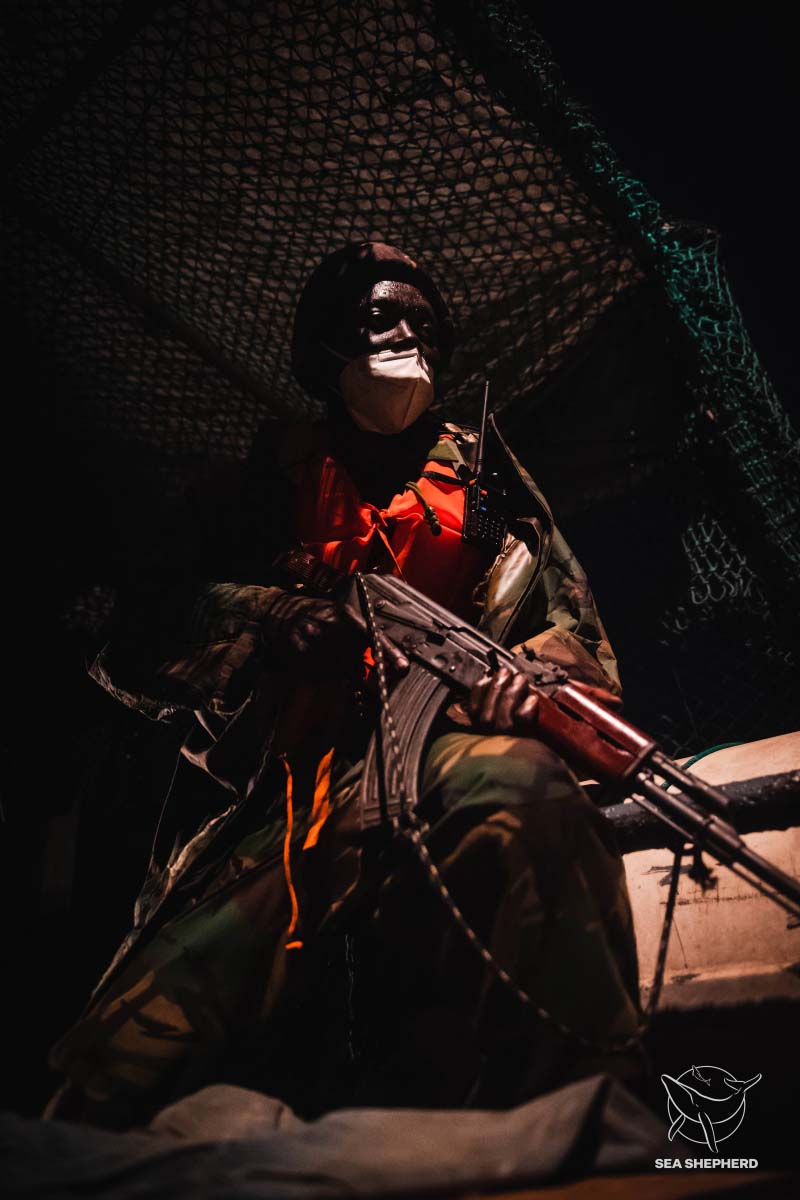 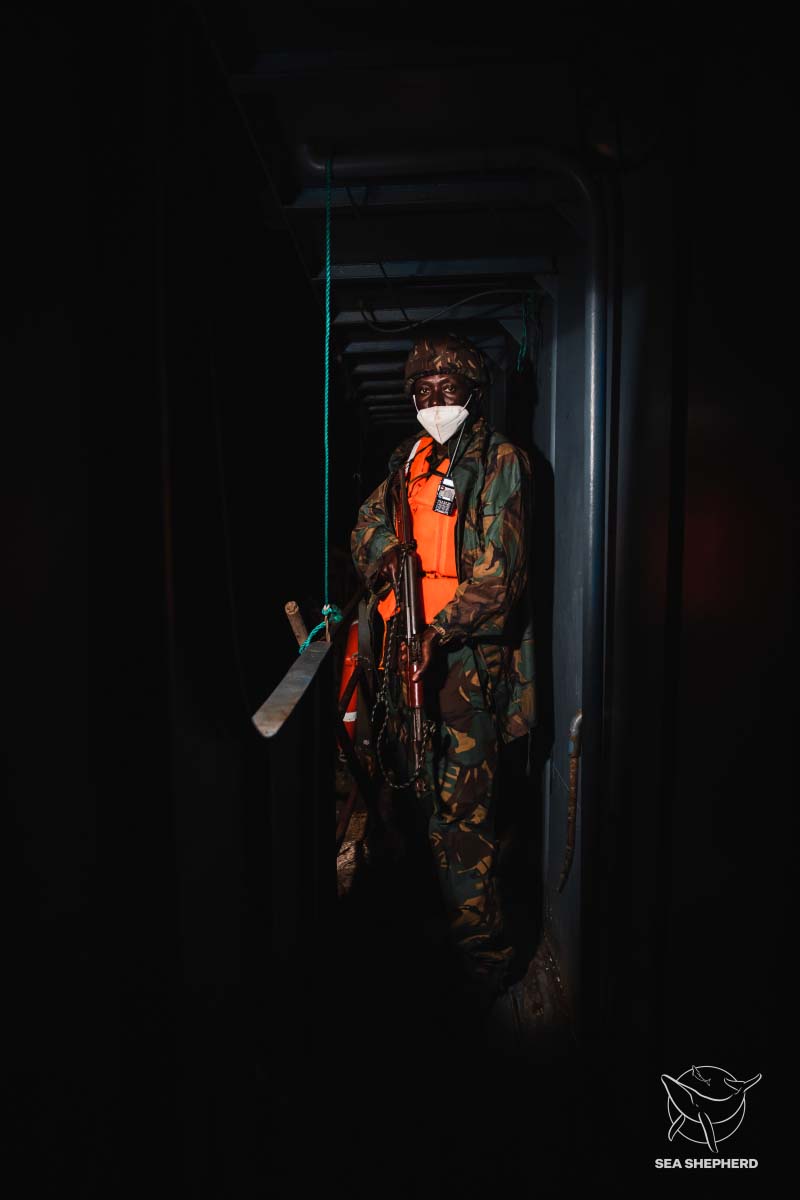 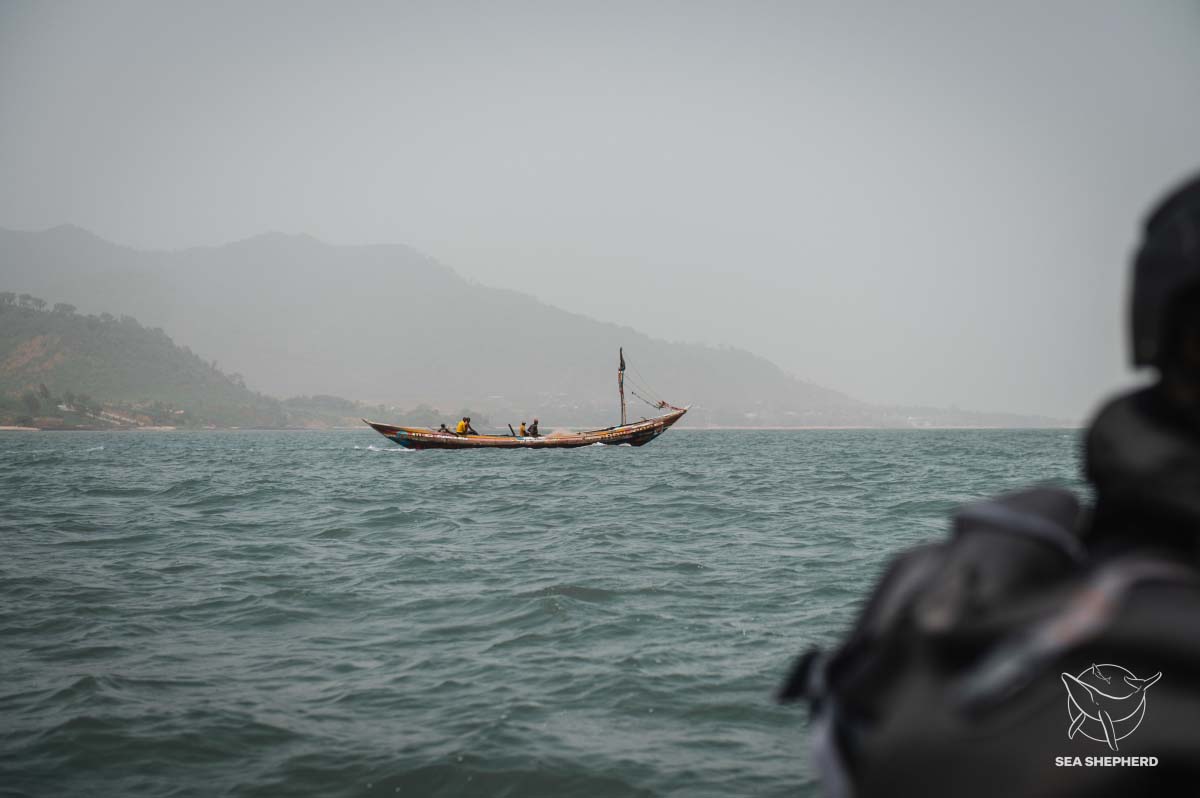 Local fishermen off the coast of Sierra Leone