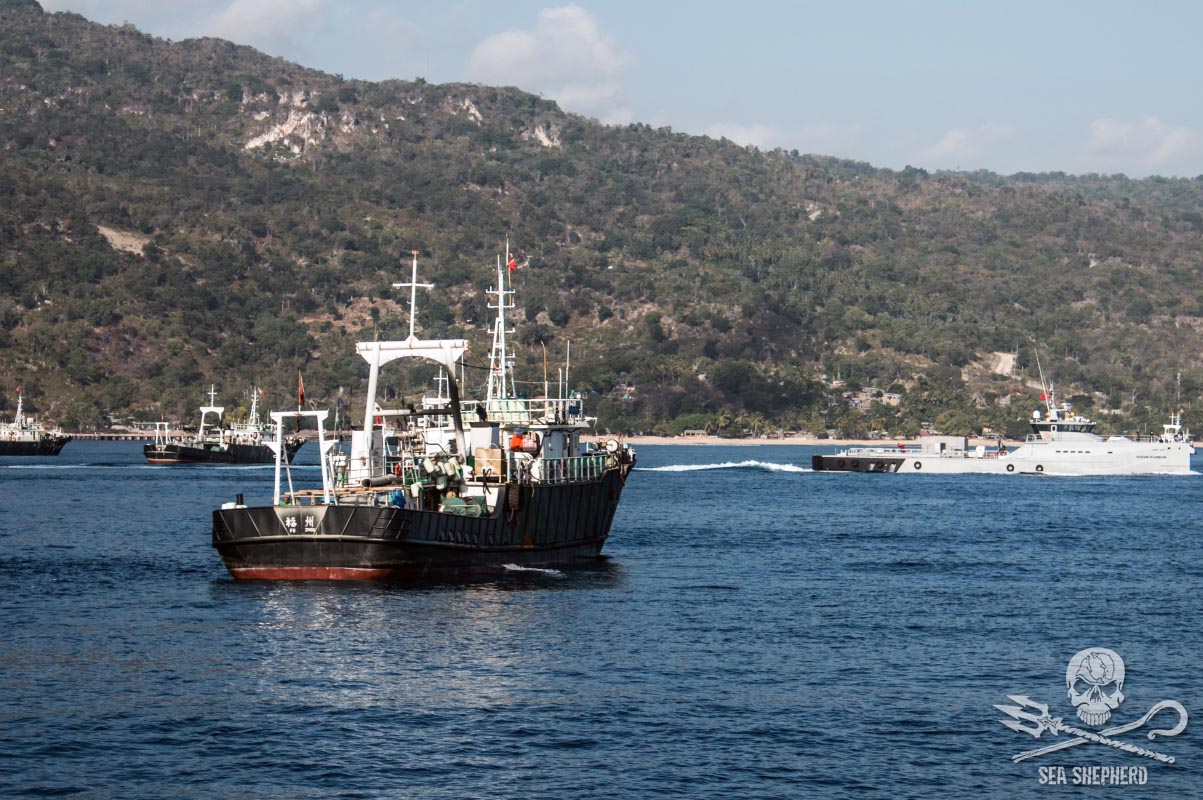 At the request of the PNTL, Sea Shepherd’s patrol vessel M/Y Ocean Warrior and its small fast boat delivered armed police to board the vessels, along with drones to document the operation. Once the vessels were secured by the PNTL, Sea Shepherd crew members assisted in documenting the catch onboard, confirming suspicions that the fleet were targeting sharks as opposed to broad scale fishing.

After hunting for the fleet of fifteen vessels for the past two weeks, the Ocean Warrior found them 150km south of East Timor, fishing with anchored gill nets set to target bottom dwelling species such as sharks. Sea Shepherd documented the vessels retrieving their nets and the catch appeared to be 95% sharks, as well as lots of broken coral.

Ties to the Vessel Arrested in Galapagos Last Month

The same fleet were documented in East Timor in February offloading massive quantities of sharks to a mothership, the Fu Yuan Yu Leng 999 (http://videos.sapo.tl/4EnZZpzQwiazVtRmDjrG). Though there was a public outcry, little to no action was taken. The Fu Yuan Yu Leng 999 made international headlines last month when it was detained inside the Galapagos National Park with 300 tons of sharks which it had received from four longliners belonging to Hong Long Fisheries and Pingtan Marine Enterprises. The crew of the Fu Yuan Yu Leng 999 are now in an Ecuadorian jail and the ship impounded, scheduled to be sold off.

The company who owns the Fu Yuan Yu Leng 999, Hong Long Fisheries, also owns the 15 vessels operating in East Timor, although Pingtan Marine Enterprises, listed on the US Nasdaq, have announced to their shareholders that they also own the 15 vessels and licenses operating in East Timor. The fishing companies have a complex, intertwined relationship, both based in Fuzhou, China and owned by the Zhou families. Pingtan was kicked out of Indonesia by Fisheries Minister Susi Prudjiastuti in 2014, and so far have not been allowed to return. 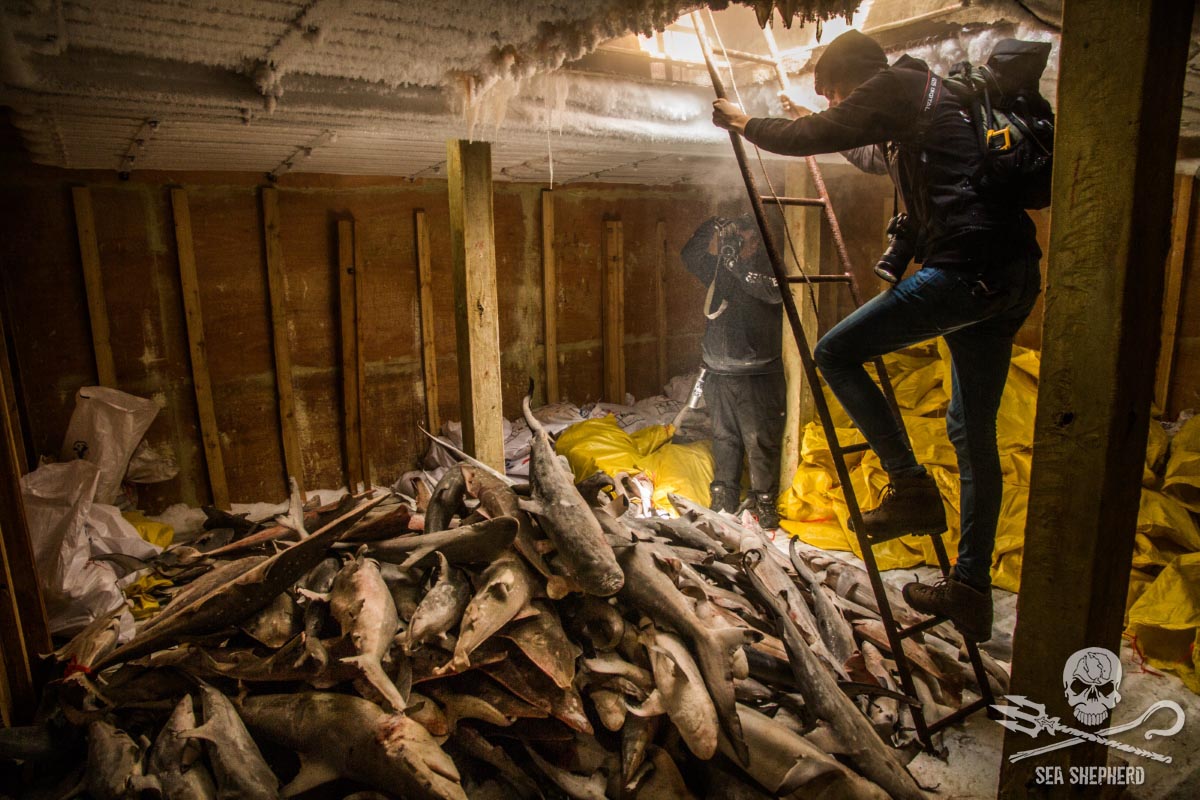 With public calls from people in East Timor claiming they have no way of knowing what the fleet are up to out of sight of land, Sea Shepherd decided to send the Ocean Warrior on a reconnaissance mission to gather and document evidence. This evidence was handed over to the authorities and people of East Timor in hopes that they may be able to cancel future licenses that are being seriously abused.

During the September 9thinspections, an entire catalogue of images and documentation has been formed and shared with PNTL and other authorities. Campaign Leader and Sea Shepherd Global’s Director for Asia, Gary Stokes, also met today with East Timor’s former Prime Minister/President and Noble Peace Winner, Dr. José Ramos-Horta:

“Unscrupulous foreign commercial fishing activities must be stopped in Timor Leste,” said Dr. Ramos-Horta. “We must protect our natural resources, it is an outrage.”

At the time of this media release the Ocean Warrior is currently monitoring the fleet that are now at anchor near Vemasse on the north coast awaiting refueling. Sea Shepherd fears that the fleet will be allowed to escape again due to high levels deals being struck to release them by corrupt officials. “Sadly the good work of the PNTL and Sea Shepherd will be in vain and these ocean terrorists will dodge justice once more,” says Gary Stokes.

Sea Shepherd also found a second fleet of three vessels owned by Hong Dong Pelagic Fisheries fishing illegally in the same area. Although they had a license granted by East Timor, they were found deploying more than 2x10km of driftnet from each vessel, significantly bigger than the 2.5km maximum allowance set by international law. Sea Shepherd will be filing a full report of its findings to the flag state of these vessels as well as Interpol, CITES, IOTC and other relevant authorities.

Last year one of Sea Shepherd’s vessels came across six illegal drift netters in the Indian Ocean and requested China’s assistance in bringing these privately-owned poaching operations to justice. China, who takes IUU fishing very seriously, opened an investigation immediately and recalled the vessels for inspection. “They found three of the six to have been illegally fishing, prosecuted the company, and cancelled the captains’ licenses,” says Gary Stokes. “We hope that China will take the same stern action with these illegal vessels.” 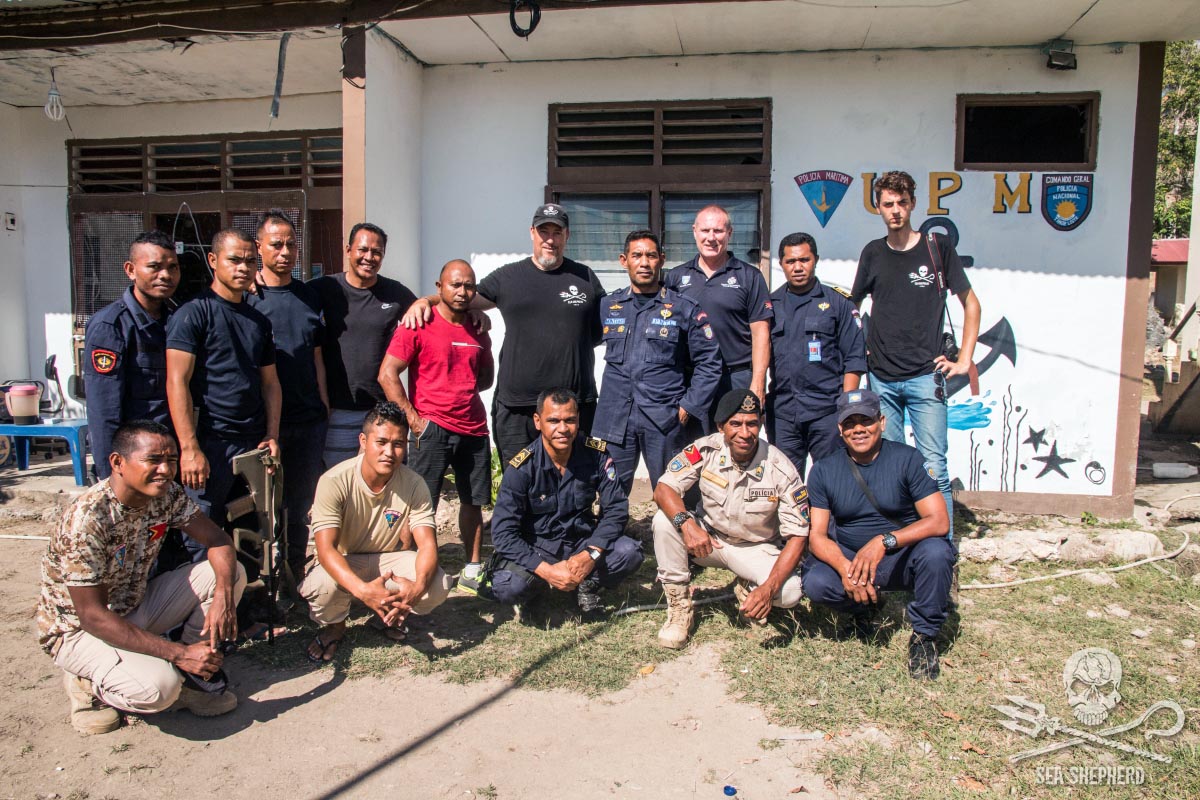