Breaking Discovery on New Impact Salmon Farms Have on the Wild

Sea Shepherd and scientist Alexandra Morton have new evidence on the impacts that salmon farms have on wild fish in British Columbia, Canada.

Sea Shepherd’s research vessel, the R/V Martin Sheen, is currently in the middle of Operation Virus Hunter II, a salmon defense campaign off the coast of British Columbia, assisting Morton in her investigation on the impact that salmon farms have on wild salmon and herring populations in the province. 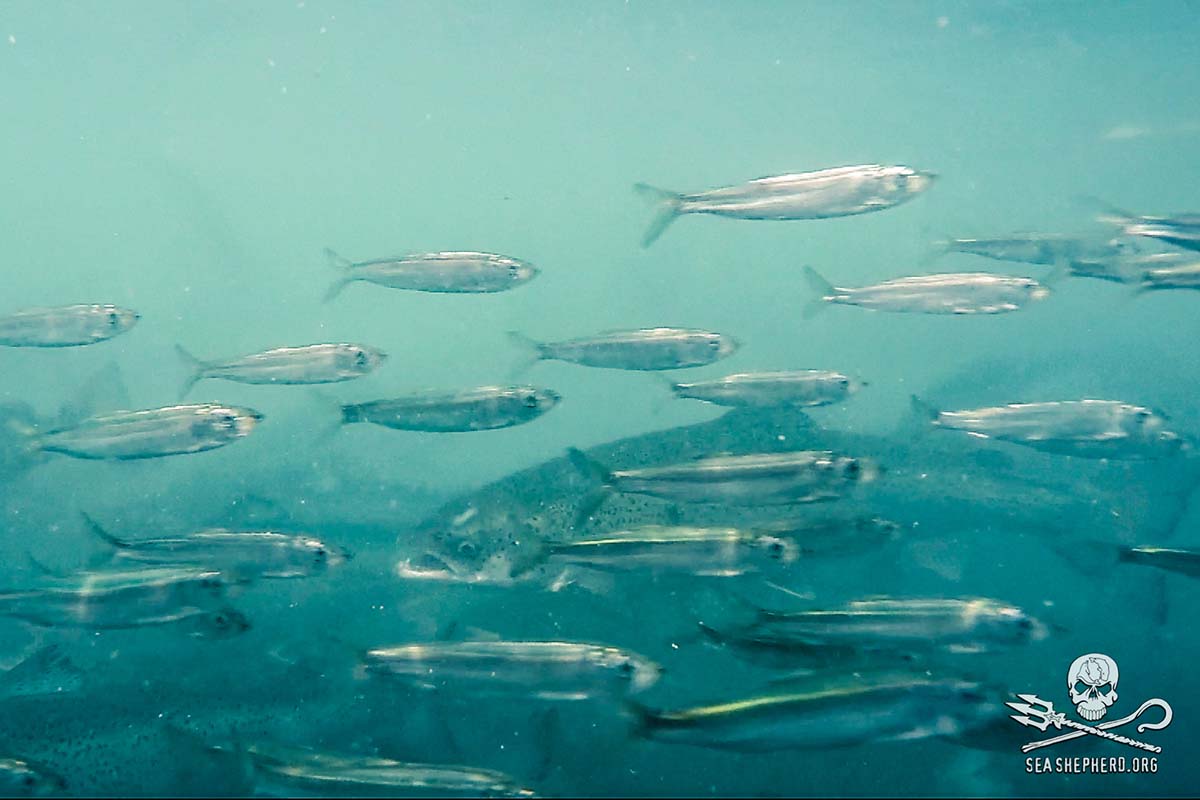 On September 18, 2017, Fisheries and Oceans Canada vessel Weaver Bay visited both Marine Harvest salmon farms occupied by First Nations. DFO Officer, Greg Plummer, told First Nations that if they try to blockade the restocking of the Marine Harvest Midsummer farm they could be charged with interfering with a “lawful fishery.”

The Midsummer Island salmon farm was occupied by the First Nations on September 4, 2017. Later that night, the 53 meter, Norwegian-registered Viktoria Viking arrived and poured Atlantic salmon into one of the pens.  This action was in direct violation of the demands by the Musgamagw Dzawda’enuxw, Mamalililkulla and Namgis Nations. 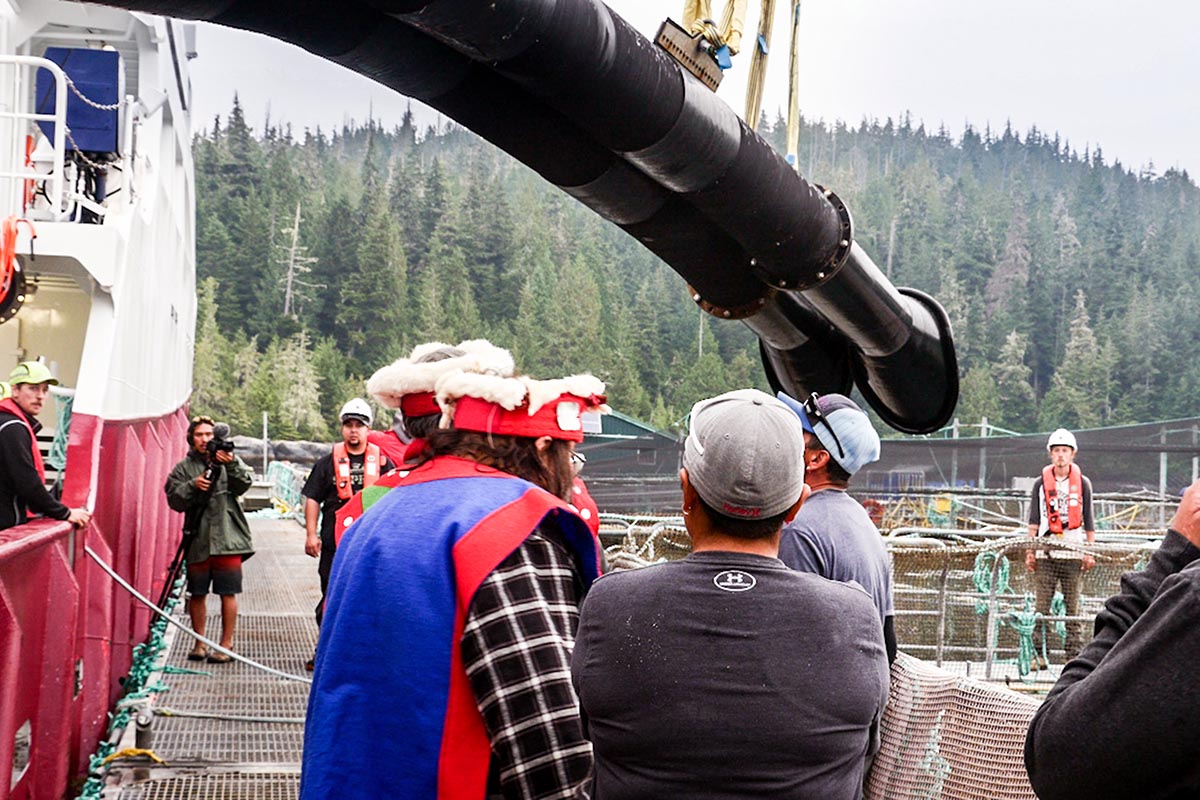 The First Nations have informed Marine Harvest and Cermaq to remove all farm salmon from their territorial waters. This 30-year struggle of telling government that they don’t want salmon farming in their territories has taken a new direction with the occupations on fish farm sites. Salmon populations are alarmingly low and as such, First Nations have lost food security.

The Provincial government is the landlord of the salmon farming industry as they grant the tenures, giving these farms access to the seafloor.  The salmon farming Licences of Occupation in the Broughton Archipelago expire next June.   Morton, currently sailing on the Sheen in the area, points out that if the pens are restocked now, it will be a year before harvest at the earliest.

Hundreds of wild herring were also seen pouring out of the boat, causing speculation that they are likely being taken as bycatch with the farmed Atlantic salmon by Marine Harvest’s Glacier Falls farm. Additionally, the Viktoria Viking vessel is not displaying a license that would legally allow it to transport herring or wild salmon. Marine Harvest was sued by Alexandra Morton in 2012 for illegally transporting several tons of herring in their vessel the Orca Warrior.

In an area where herring are protected and their fisheries closed for 30 years, it appears that salmon farms are now becoming herring farms as well. 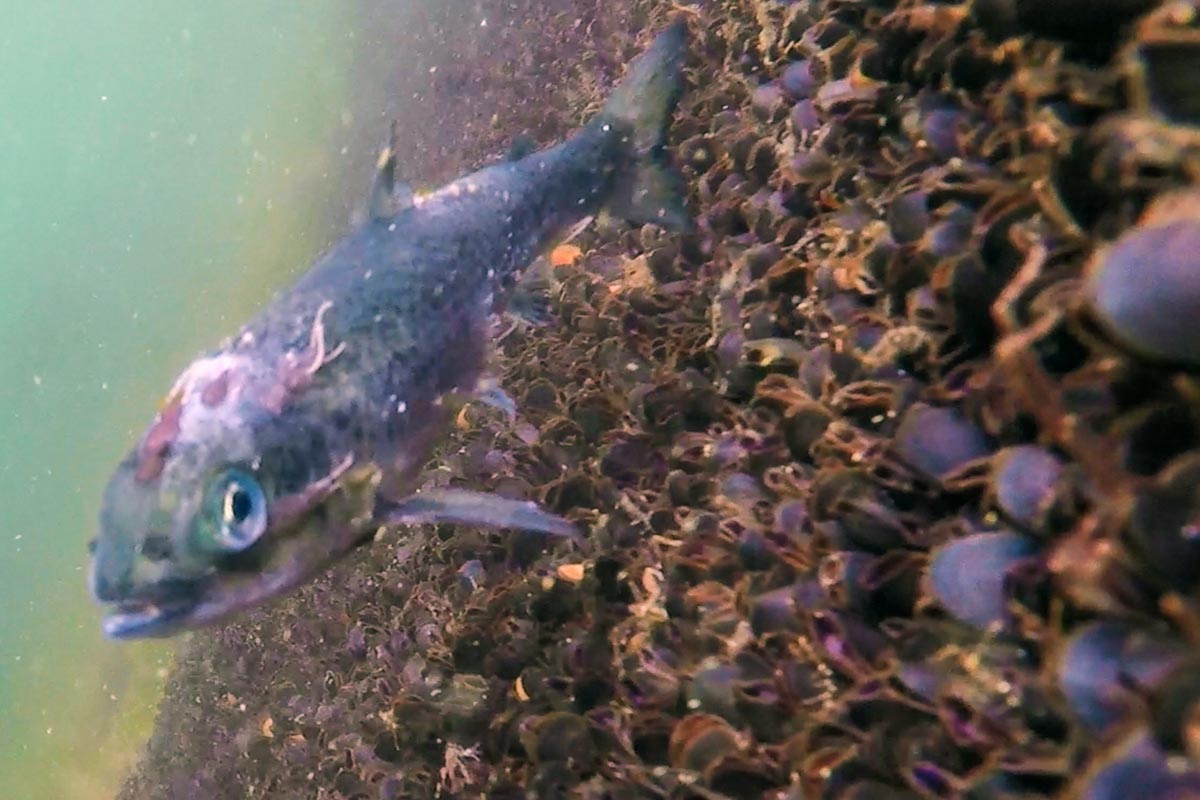 “No one understood why the herring population was not recovering; Now we have evidence that the salmon farming industry could be the cause of that,” said Operation Virus Hunter campaign leader Carolina Castro, referring to hours of footage collected by Chief George Quocksister Jr. along all the salmon farms in the Broughton archipelago.

“We have been asking DFO to meet with us about salmon farms for a long time”, says traditional and elected chief Willie Moon, “We are not getting off these farms, and it is time for (Minister of Fisheries, Oceans, and the Canadian Coast Guard) Dominic LeBlanc to meet with us.”

“I am here with these nations because the sea lice and viruses in these farms are the biggest industrial spill in the history of this coast. The shockingly low number of wild salmon returning to this area today should be a concern to DFO, but instead they threaten the very people trying to protect wild salmon,” says Morton. “Who does DFO work for?” 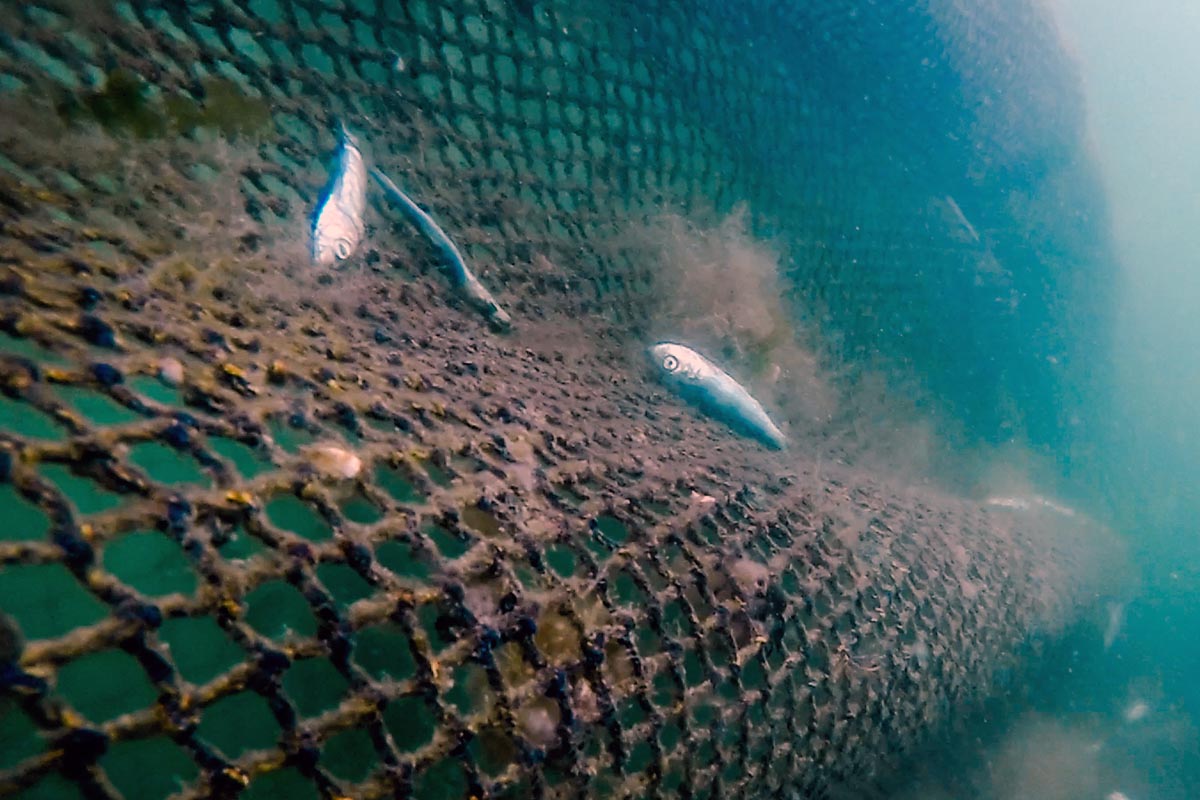 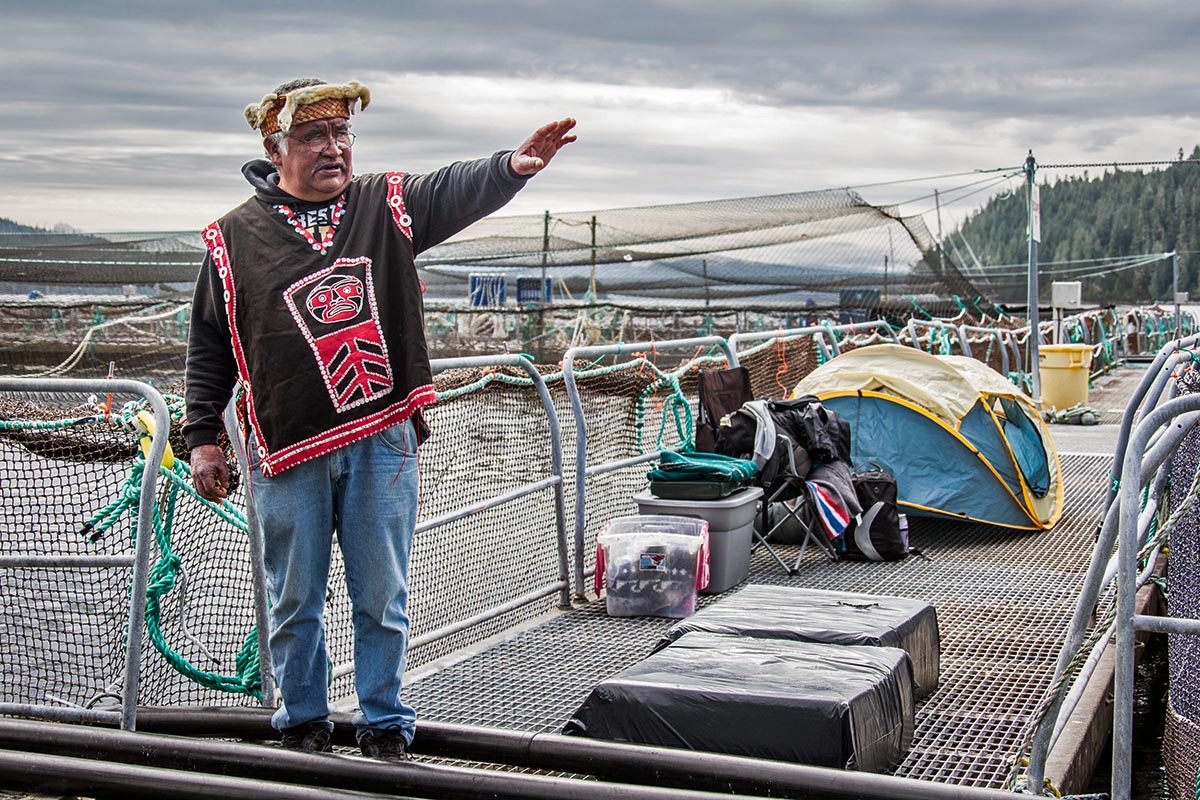 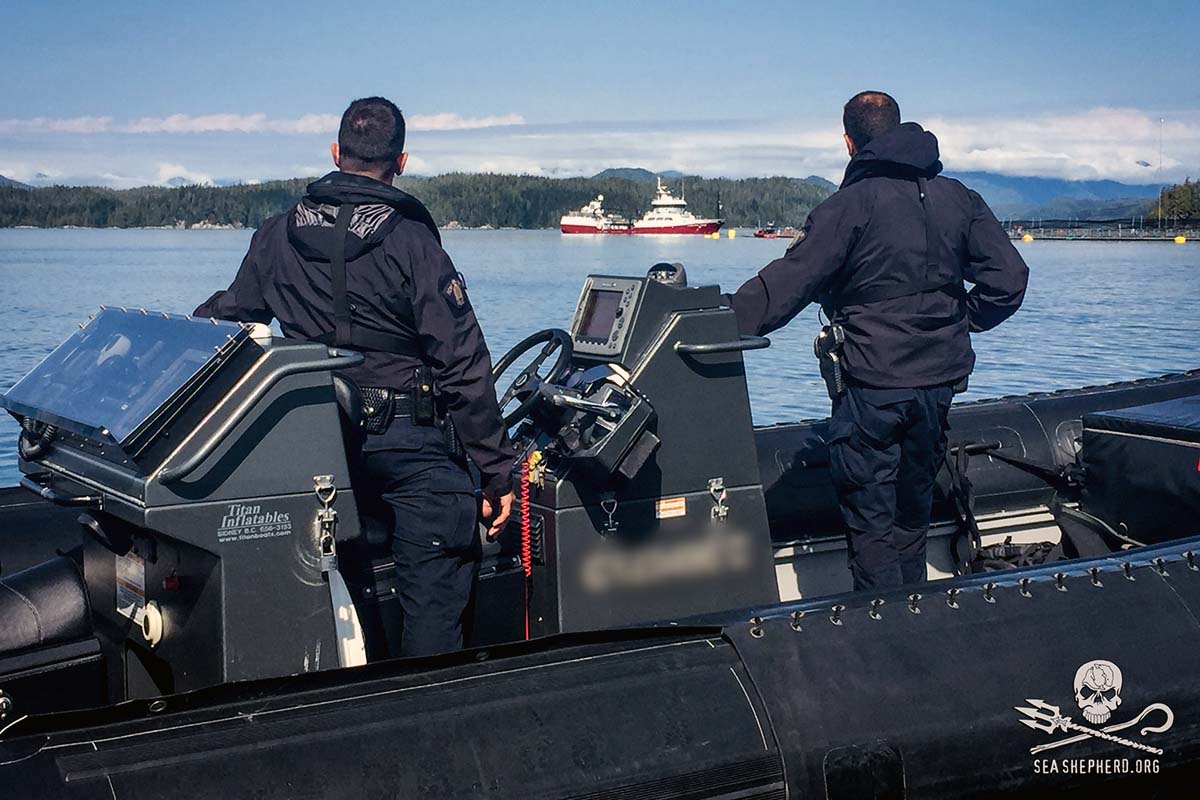