At a June 6th meeting of the Convention on International Trade in Endangered Species (CITES) in The Hague, Netherlands, Japan and Iceland once again failed to remove the protection status of the world's whales. CITES' "Fourteenth meeting of the Conference of the Parties" is being held from June 3rd - 15th.

Last week, Japan got trounced at the International Whaling Commission (IWC) meeting in Anchorage, Alaska, when the IWC condemned so-called Japanese research whaling in Antarctica. The CITES decision on June 6, 2007, guarantees that Iceland and Norway will not be selling whale products to Japan anytime soon. All traffic in whale products internationally is illegal and a violation of CITES.

Japan's proposal for CITES to review the status of all great whale species was defeated by a vote of 55 to 28 with 13 abstentions. Japan had hoped that, following this review, CITES would recommend that the protection currently afforded to some whale species should be lifted. 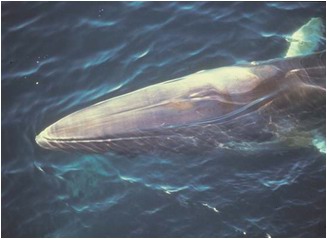 Japanese delegate Yoshikiyo Kondo proposed a periodic review of all cetaceans listed for protection by CITES. Iceland had proposed that CITES review the current protection for the North Atlantic fin whale with a view to allowing international trade in the animals which it began hunting commercially last year.

A counter proposal from Australia that no review of any great whale, including the fin whale, should occur while the IWC's commercial whaling ban is in place, was adopted with 60 votes for, 23 against, and 13 abstentions.

Japan and Iceland's proposals, had they been accepted, would have led to the immediate resumption of international commercial trade in whale products for the first time in more than 20 years.

The whaling nations have tried 15 times to overturn the ban and they have failed 15 times.

Sea Shepherd Founder and President Captain Paul Watson was thrilled to hear the news from the Hague. "Whaling has no place in the 21st Century. It is my lifelong objective to abolish and eradicate this cruel and unnecessary slaughter of the whales. We need to let the whales be - to live in harmony in the sea, free from fear of our harpoons, lances, and flensing knives."

"The law is on our side," said Captain Watson. "We don't go down to the Southern Ocean Whale Sanctuary to break laws; we go there to enforce the laws."

Sea Shepherd ship Farley Mowat is currently en route to Iceland with the objective of intercepting and obstructing illegal whaling activities by the Icelandic whalers.

"We hope that Iceland will see that there is no international support for their illegal whaling activities," said Captain Alex Cornelissen from the Farley Mowat. "We would like to see Iceland give up this illegal effort to kill endangered fin whales, but if they don't, we will do everything we can to prevent them from killing whales once we arrive in their waters."

Thank you to The Center for Whale Research for the picture of the fin whale.