V Day for Seals in Europe

V Day for Seals in Europe

The European Union has delivered a strong message of mercy to the world's persecuted seal population. The European Commission adopted a proposal today to ban all products from seals killed inhumanely from import into European Union member nations.

"After more than four decades of fighting this brutal, savage and extremely cruel slaughter of seals on Canada's Eastern coast, an incredible victory has been achieved with the proposed banning of seal pelts into European markets," said Captain Paul Watson. "This will mean that seal products cannot be transshipped to Asia through European ports and since Europeans define global fashions, what is not in fashion in Paris and Rome will no longer be in fashion in China or Japan." 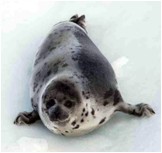 EU environmental commissioner Stavros Dimas told reporters, "Seal products coming from countries which practice cruel hunting methods must not be allowed to enter the EU. The EU is committed to upholding high standards of animal welfare."

The EU proposal says the trade in seal products would be allowed from countries that can offer guarantees their hunting techniques are "consistent with high animal-welfare standards" and the animals are killed swiftly without undue suffering.

Canada may insist that the Canadian slaughter of seals is "humane" but the evidence demonstrates that it is in fact exceptionally cruel. The only way that a seal pelt can be sold in Europe now is if the killing of each seal in documented on video tape and the pelt is marked to match it with the video. If Canadian sealers are forced to actually attempt to humanely kill seals they will have a very slow time of it because it takes time and perfect conditions to slaughter an animal in hostile weather conditions on moving ice.

The European Union was forced to word the ban the way they did to avoid trade retaliations from Canada. Canada could have imposed trade restrictions for an outright ban but it will be difficult to contradict the wording of the proposal that specifically prohibits products obtained inhumanely.

"What is Canada going to do?" asked Captain Watson. "Fisheries Minister Loyola Hearn can't very well say we oppose banning seal products derived from cruelty. Nor can he say we have the right to put inhumane products on the world market. He can continue to insist that the seal slaughter is well regulated and humane but now he has to prove it and quite frankly there is no way that the slaughter of seal pups can be demonstrated to be humane."

If the seal slaughter continues now it will be as a glorified welfare project to maintain barbaric traditions in the face of a civilized society.

"As long as sealers continue to go to the ice to kill seals for any reason whatsoever they will be monitored and they will be harassed," said Captain Watson. "Cruelty and diminishment of marine species must not be tolerated for any reason, economic or cultural. This proposal is the death nail for one of the most despicable and obscene wildlife massacres on the planet. If Canada will not voluntarily join the 21st Century we will continue to kick the government's savage ass until they do."

Captain Paul Watson is a Canadian raised in an East Coast Canadian fishing village and he has opposed the slaughter of the seals since he was a boy of 10.

"After 48 years of enduring the humiliating shame of being a Canadian and association with this annual horror show, I welcome this European measure with great joy," he said.

In April the Dutch registered Sea Shepherd ship Farley Mowat was boarded at gunpoint in international waters in an attempt to prevent documentation of cruelty on the ice. Videos and photos of the seal slaughter were seized by the Royal Canadian Mounted Police.

Captain Alex Cornelissen of the Netherlands and Swedish First Officer Peter Hammarstedt were arrested and charged with approaching too close to a seal slaughter. They will be tried for this "crime" in April 2009. Meanwhile the Farley Mowat is being held by Canadian authorities until the case is resolved.

"If the seal hunt is humane as the government insists it is, then why the extreme measures to confiscate evidence that it is not, and why is it illegal in Canada to document the killing of a seal without supervision of the government?" asked Captain Cornelissen.